I’m A Celebrity… Get Me Out Of Here! 2020 will be moved from Australia to the UK for the first time ever.

ITV confirmed on Friday the new series would be filmed at a ‘ruined castle’ in the British countryside, with hosts Ant McPartlin and Declan Donnelly broadcasting live every evening.

It comes just a week after bosses confirmed that the new series would go ahead this autumn after the coronavirus pandemic threw its future into question. 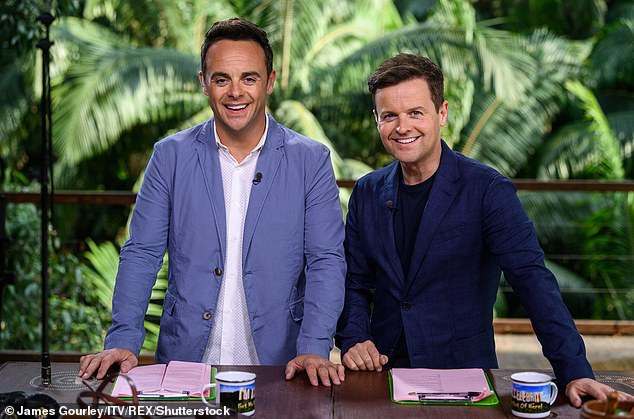 King Of The Jungle to the King Of The Castle: I’m A Celebrity… Get Me Out Of Here! 2020 will be moved from Australia to the UK for the first time ever

Kevin Lygo, ITV’s Director of Television said: ‘We announced last week that we were doing all we could to make the series and I’m thrilled that we can bring the show to viewers albeit not in the jungle.

‘We have a great team both on and off screen and I know they will produce a hugely entertaining series.’

Richard Cowles, Director of Entertainment at ITV Studios said: ‘We pulled out all the stops to try and make the series happen in Australia.

‘Unfortunately, due to the ongoing COVID-19 pandemic and despite us looking at many different contingencies, it became apparent that it just wasn’t possible for us to travel and make the show there. 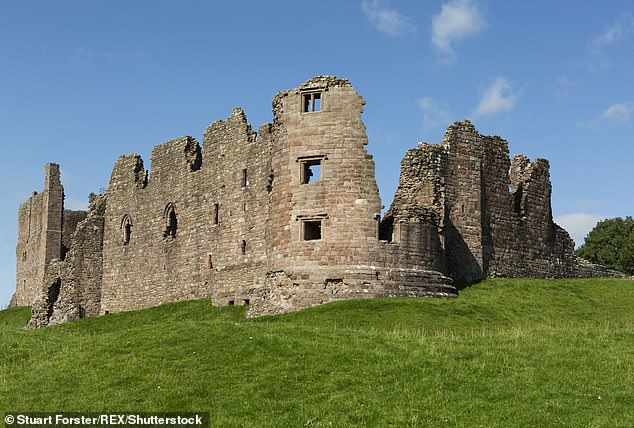 That’ll be different! ITV confirmed on Friday the new series would be filmed at a ‘ruined castle’ in the British countryside (stock image of the Borough Castle in Cumbria above)

‘However, we are all really excited about a UK version of I’m A Celebrity. While it will certainly be different producing the show from the UK, the same tone and feel will remain.

‘Our celebrities will probably have to swap shorts for thermals but they can still look forward to a basic diet of rice and beans and plenty of thrills and surprises along the way.’

I’m A Celebrity has been filmed at the jungle in Murwillumbah, Queensland since 2003, with a vast crew of more than 100 people bringing the beloved programme to screens.

The series usually runs for three weeks, and is expected to being sometime in November. 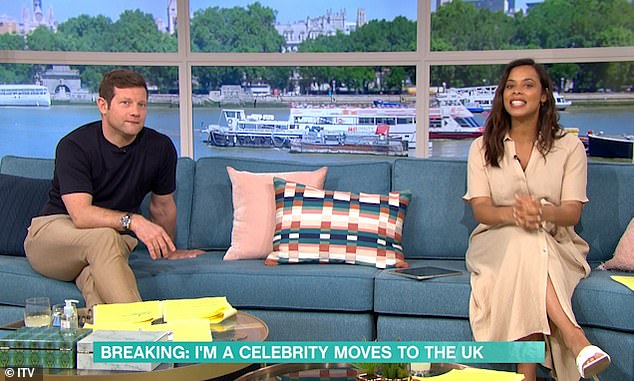 Exciting: This Morning hosts Rochelle Humes and Dermot O’ Leary confirmed the exciting news, and discussed where they think the new series could take place

Following the announcement, This Morning hosts Rochelle Humes and Dermot O’ Leary confirmed the exciting news, and discussed where they think the new series could take place.

Rochelle said: ‘I wonder where it could be, I doubt Scotland, it’s quite dark. Maybe Cornwall, Cornwall would be fabulous with the beach.’

Dermot added: ‘It’s still going to be horrific for them wherever they go.’

Referencing the show’s stomach churning Bushtucker Trials – which may need to be renamed given the new setting – Rochelle added: ‘You’ve still got to eat a kangaroo testicle, it doesn’t matter where you are.’

Dermot added: ‘It’s interesting, they’ll change it I’m sure. Regular series viewers will see the celebrities undertake trials and challenges so that will be the same in the lead up to them being the first ever king or queen of the castle.’

‘We were saying during the break, it’s a whole different world for friends and families not going out for a trip to Australia.’ 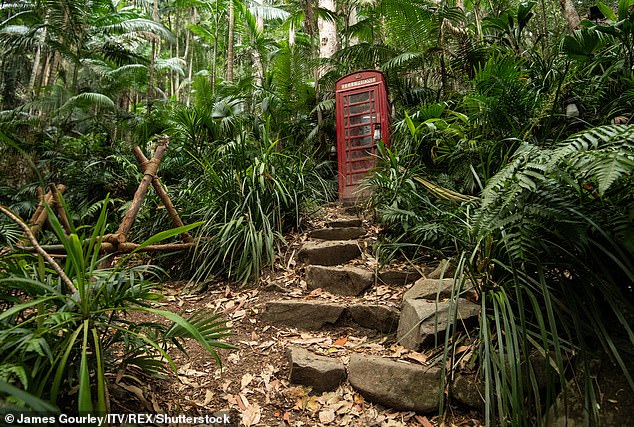 No bugs this time! I’m A Celebrity has been previously filmed at the jungle in Murwillumbah, Queensland since 2003 (the 2019 camp is pictured)

Rochelle agreed: ‘When you see your beloved husband or whoever is in the jungle eating all this stuff and doing all these gruesome tasks and the family are hanging out in the Versace. Maybe not this time!’

Last week ITV confirmed that the new series of I’m A Celebrity would go ahead later this year, as the show prepares for its 20th series.

The channel also announced a special one-off documentary called I’m A Celebrity: A Jungle Story, which will celebrate the very best moments of the show’s stellar 19 year history. 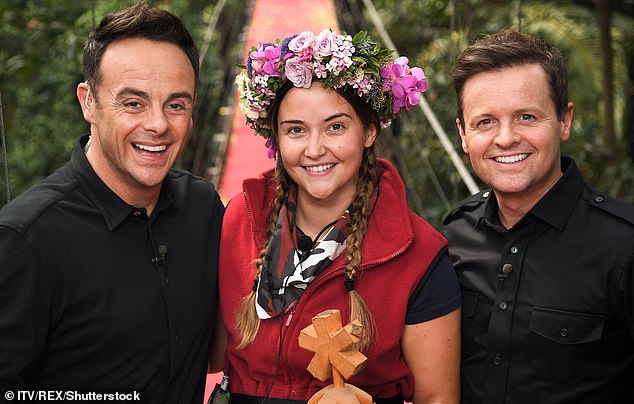 It will be back! Last week ITV confirmed that the new series of I’m A Celebrity would go ahead later this year (2019 winner Jacqueline Jossa pictured)

Just days later it was reported that celebrities would not be staying in the lavish Palazzo Versace hotel after leaving the camp, and they would have to fly straight home after being voted out.

In May it was reported that show bosses were holding crisis talks to save this year’s show amid the  pandemic.

According to The Sun, insiders were unclear whether the show would go ahead later this year after the TV industry was thrown into chaos by COVID-19.

A source at the time said: ‘I’m A Celebrity is six months away but bosses are holding meetings about how they can ensure it still goes ahead in the current climate. A raft of measures are being looked at.

‘One of the most recent plans was to employ a crew that is 95 per cent made up of Australian workers to overcome the issues surrounding flying to different countries and the quarantine restrictions. 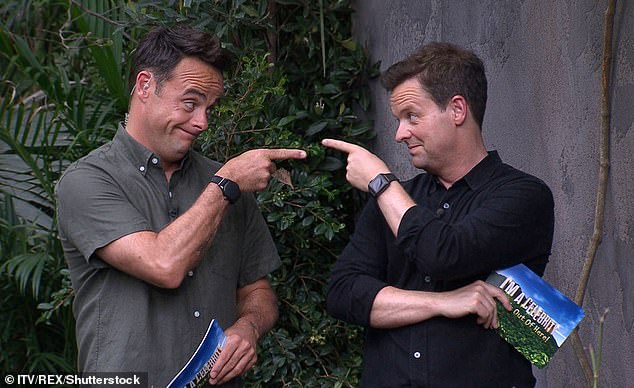 Best bits: The channel has also announced a one-off documentary called I’m A Celebrity: A Jungle Story, which will celebrate the best moments of the show’s stellar 19 year history

‘This would mean a lot of the show’s UK crew missing out on their annual big gig but ITV are having to seriously consider every option.’

The insider added that due to the changing nature of the pandemic, every possible situation was being planned for.

The show continues to be a ratings winner and as such, bosses were said to be prepared to do everything possible to keep the series on the air.

The source went on to say that the safety and welfare of the crew is the top priority for bosses.

MailOnline contacted ITV representatives for comment at the time. 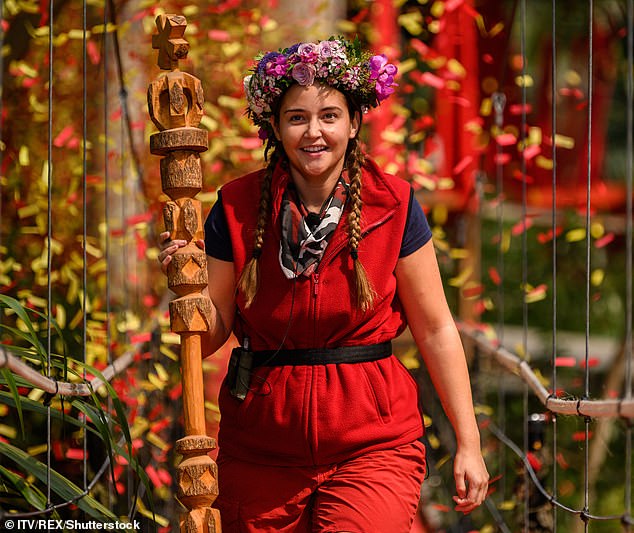 Up in the air: Insiders were unclear whether the show would go ahead later this year after the TV industry was thrown into chaos by COVID-19 (pictured: last year’s winner Jacqueline Jossa)

I’m A Celebrity premiered in 2002 and has been a success every year since, averaging more than 10million viewers per episode.

Last year’s finale, which saw former EastEnders star Jacqueline Jossa crowned Queen of the Jungle, was the most watched TV show of 2019.