A wildlife photographer has left Twitter users scratching their heads with a very confusing optical illusion.

Sarosh Lodhi, from India, took the mesmerising picture after encountering a group of zebras while on assignment in the Kenyan Maasai Mara national game reserve.

He shared the snap on Twitter, where it quickly mustered a debate on which of the two animals was facing the camera, Bored Panda reported.

Think you got it? Scroll to see the answer from the photographer. 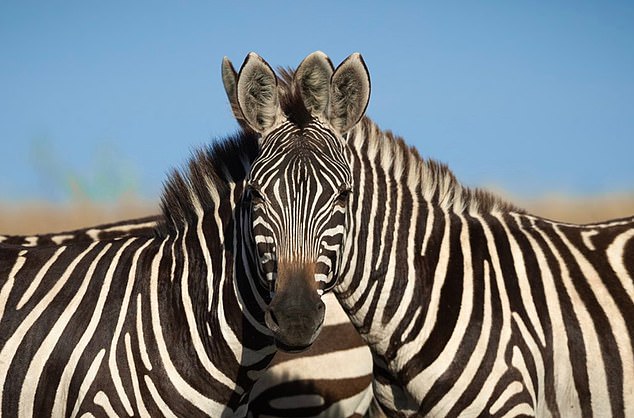 Sarosh Lodhi, from India, took the mesmerising picture after encountering a dazzle of zebras while on assignment in the Kenyan Maasai Mara national game reserve

People could not agree on which zebra was looking at the camera in the snap, due to the optical illusion created by their stripes

In the picture, two zebras appear to cross necks, but only one of them is look directly at the camera.

The black stripes on the zebras’ bodies make it extra difficult to see which one was indeed looking toward the camera and which one is looking away.

And people certainly had a hard time deciphering the picture.

Some even said the snap had been photographed or made with the help of a graphics software – which Lodhi debunked. 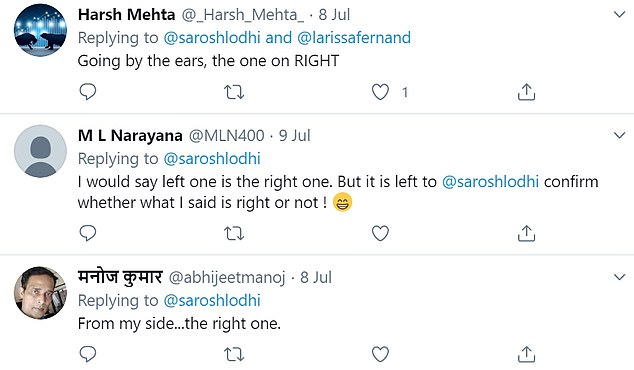 People said it was not an easy task to find the answer to Lodhi’s question. Some could not resist making witty play on words

‘Hallucinations,’ one said, ‘Not an easy task,’ said another, ‘Going by the ears, the one on RIGHT,’ said one.

‘From my side…the right one,’ said another.

And some could not resist witty play on words and puns and confused the matter further.

‘Your right? My right? Or Zebra’s rights,’ one quipped.

Some believed the answer was right, and others thought it was left. Some even suggested a third zebra was hiding in the picture

‘I would say left one is the right one. But it is left to you to confirm whether what I said is right or not,’ joked one.

Other suggested there were more than two zebras in the picture, and that

‘The one in the middle, of course,’ one said.

‘Are there only two? It looks to me like there could be three zebras. Amazing photograph, great composition. This is really one of those things that you can look at all day and still not be sure. So cool Sarosh,’ said another.

Lodhi told Bored Panda the zebra on the left was the one looking at the camera in the picture.