An Iranian General has defiantly responded to Donald Trump‘s Game of Thrones inspired meme poster warning of sanctions by sending a similar meme back to the President.

On Friday, POTUS shared a photo on his official Twitter account featuring himself photoshopped into a meme inspired by the HBO series, which read ‘Sanctions are coming. November 5’.

The meme was a play on the famous ‘Game of Thrones’  promotional phrase, ‘Winter is coming’. 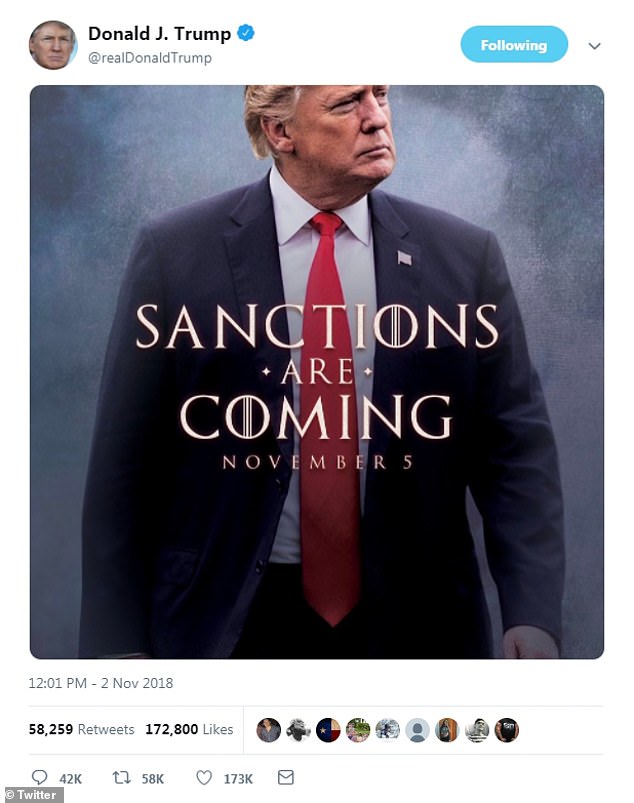 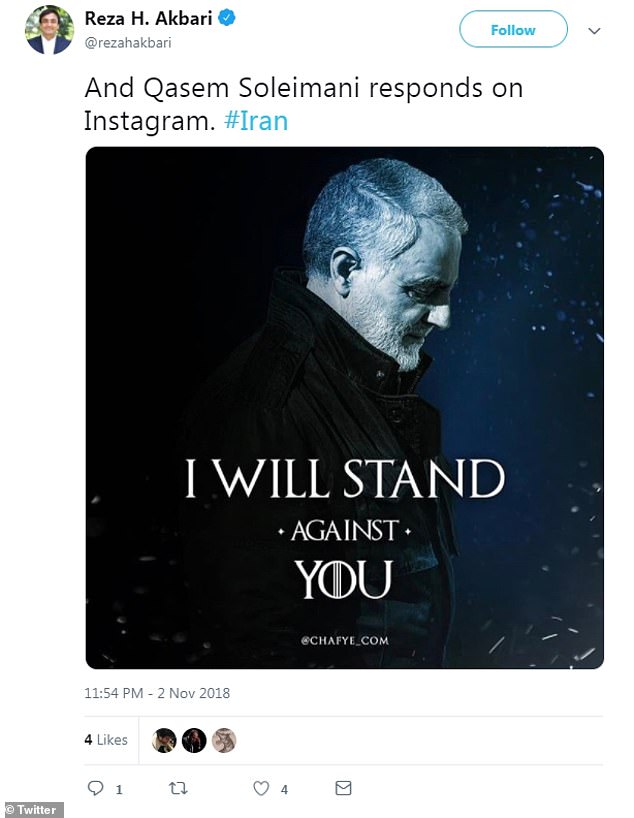 General Qasem Soleimani, chief of the elite Quds Force of Iran’s Revolutionary Guard responded with this meme containing the caption ‘I will stand against you’ in GOT font

It was not clear who created the movie-style poster image.

But General Qasem Soleimani, chief of the elite Quds Force of Iran’s Revolutionary Guard, understood the cultural reference and fired back with a meme of his own.

Trump has long been a critic of the Obama-era Iran nuclear deal and withdrew the US from it earlier this year over European objections.

The sanctions will target Iran’s crude oil exports and will penalize countries that don’t stop importing oil and foreign companies that do business with certain Iranian entities. 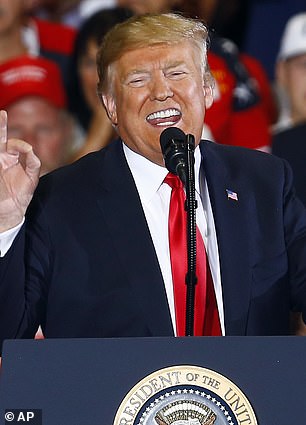 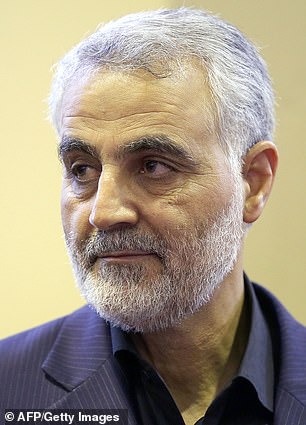 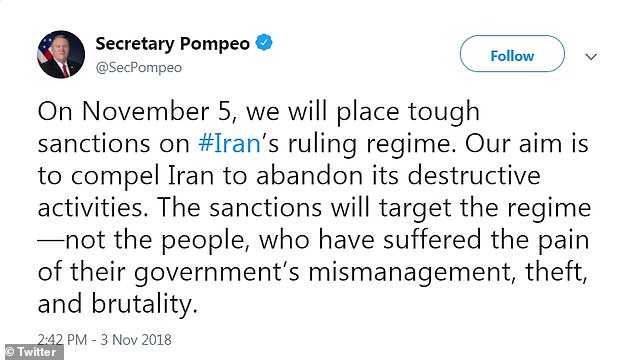 Secretary of State Mike Pompeo formally announced the sanctions on Iran’s shipping, financial and energy sectors on Friday and tweeted this message on Saturday

Pompeo said that the sanctions are intended to fundamentally change the Iranian regime’s behavior.

The administration also announced that there would be eight significant reduction exemptions (SREs) for countries that haven’t completely eliminated oil imports from Iran.

The waivers will last for a six-month period and will be re-evaluated after that time is up.

The sanctions, which are to take effect on Monday, are the second such round after economic sanctions were re-introduced in August. 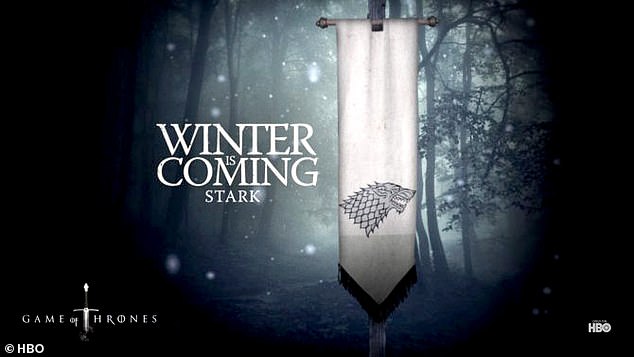 HBO mocked the president by tweeting ‘How do you say trademark misuse in Dothraki?’. The tweet referred to the language spoken by the tribe of nomadic warriors on the series.

‘GOT’  star Maisie Williams, who plays  Arya Stark, retweeted the image and said: ‘Not today’

Trump has promised that his administration is considering additional sanctions ‘to counter the entire range of Iran’s malign conduct’.

Secretary of State Mike Pompeo tweeted on Saturday: ‘On November 5, we will place tough sanctions on #Iran’s ruling regime. Our aim is to compel Iran to abandon its destructive activities.

‘The sanctions will target the regime—not the people, who have suffered the pain of their government’s mismanagement, theft, and brutality.’

The National Iranian American Council has condemned Trump’s plan to scupper the Obama-era nuclear deal and reimpose all sanctions.

Some HBO cast members, as well as the author of the books the series were based on, weren’t fans of Donald Trump’s initial tweet and responded accordingly.

GOT star Maisie Williams, who is known on the show for her role as Arya Stark, retweeted the image and said: ‘Not today’.

HBO ridiculed the president tweeting a response to his image and said, ‘How do you say trademark misuse in Dothraki?’

The tweet referred to the language spoken by the tribe of nomadic warriors on the series.

The network also criticized Trump in a statement to CNN saying that they would rather the president not associate himself with their award-winning series.

‘We were not aware of this messaging and would prefer our trademark not be misappropriated for political purposes,’ they said.

Killing IRA man Seamus Bradley as he ran across Londonderry field in 1972, coroner rules
Wayne Rooney laughs with a mystery woman as they get into a hotel lift after seven hours of partying
Jailed knife attackers boast of their crimes from behind bars in chilling YouTube rap videos
People can't stop talking about 'Hot Jafar' in the live-action Aladdin
Husband and wife who plotted to have him shot, poisoned and blown up celebrate wedding anniversary
Inside the lavish wedding reception of Jean-Christophe Napoleon Bonaparte and Countess Olympia
Margot Robbie, Brad Pitt, Leonardo DiCaprio lead cast at Once Upon A Time In Hollywood UK premiere
Elle Ferguson praises fiancé Joel Patfull at Grazia and Icon event