The on-the-run leader of ISIS today said ‘daily operations are underway on different fronts’ as he called for renewed deadly attacks against the West in his first message since April.

Abu Bakr al-Baghdadi, who is one of the world’s ‘most wanted’ men, reportedly released the 30 minute recording titled latest clip ‘Do Deeds’, demanding brainwashed jihadis to ‘lead the fight’.

He also pleaded for members of the extremist group to do all they can to free IS detainees and women held in jails and camps.

The leader’s message came just hours after a senior British Army officer vowed he ‘will be killed or captured’ – despite his importance diminishing by the day. 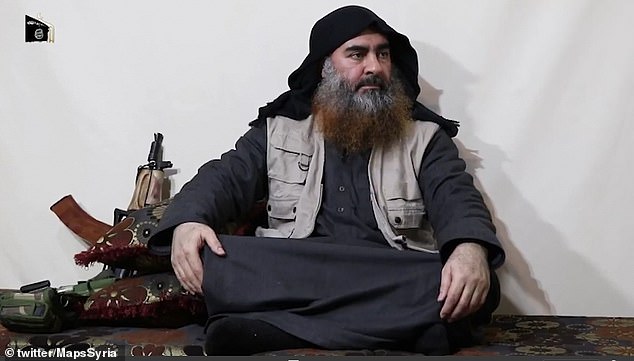 Abu Bakr al-Baghdadi, who is one of the world’s ‘most wanted’ men, released a 30 minute audio clip titled latest clip ‘Do Deeds’ where he called on brainwashed jihadis to ‘lead the fight’

He holds ‘iconic’ status with the terror group after declaring their ‘caliphate’ in 2014 before the jihadis seized swathes of Syria and Iraq. ISIS fled into hiding after losing all its territory by March 2019.

Islamic State’s media network today published an audio message purporting to come from its leader, whose health is believed to be failing.

‘Daily operations are underway on different fronts,’ he said in the tape published by the Al Furqan network, citing several regions such as Mali and the Levant but gave no specific timings.

In the clip, al-Baghdadi, reportedly tells his followers to ‘hold good and work as the pioneers of Islam … the results are in the hands of Allah … winners or vanquished your place is outstanding with him…’

He also calls on jihadis ‘to resist and lead the fight for five years’, before calling on fighters and women to be free.

Al-Baghdadi asked: ‘How can a Muslim enjoy life?’ when Muslim women are held in camps he called ‘prisons of humiliation run by Crusaders and their Shiite followers.’ 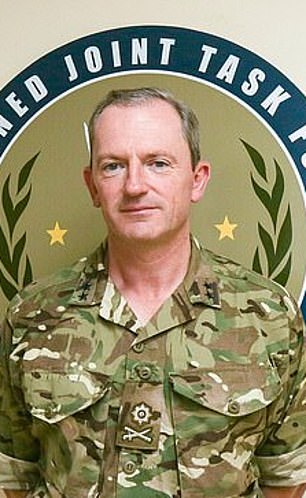 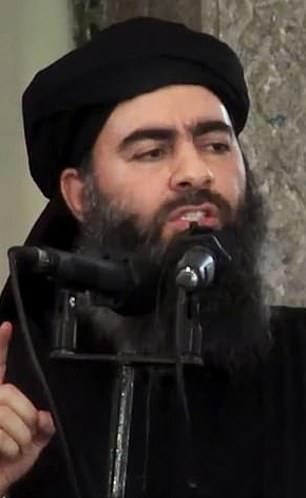 Major General Chris Ghika, left, said al-Baghdadi, who declared ISIS’s caliphate five years ago, pictured right, was no longer of great importance and had ‘left his followers to fight or die’

It comes after Major General Chris Ghika, outgoing top UK commander of the US-led anti-ISIS coalition, said al-Baghdadi – who has a £19million ($25million) bounty on his head from the US – would be dealt with once his location is found.

He added the fugitive is not ‘somebody of great importance’ anymore and claimed he ‘left his people to fight or die’.

Just weeks after the remnants of the murderous group were ousted from their last sliver of territory in Syria in March, Baghdadi, visibly older and heavier, appeared in an 18-minute video clip to try to rally his followers.

Maj Gen Ghika said: ‘I think he gets less important by the day.’

He added: ‘I am pretty confident Baghdadi will be killed or caught during this campaign.’

The commander, who is returning to the UK after 13 months in the Middle East, said the coalition has the ISIS leadership under ‘very close observation’ and has been ‘reasonably successful in killing or capturing a large number of them’.

He said he could not be sure of how many of the leaders remain active but said 10,000 fighters are still in Iraq and Syria meaning the threat of ISIS is ‘far from over’.

Maj Gen Ghika said the group has ‘a lot less cash’ but still have access to ‘enough’ weapons and funding. 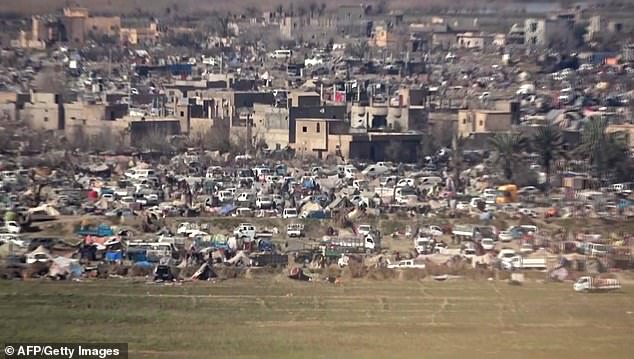 ISIS was pushed out of its last held territory in Baghouz, Syria, pictured, in March

He said: ‘They are still a danger to the security of Iraq and north-east Syria and that’s why they must be taken seriously.

‘That’s why at every opportunity we say to people that this group, despite the end of their physical caliphate, are still a credible threat to security.’

He added efforts to destroy the group continue with airstrikes against desert training sites, ammunition store and cave hideouts and warned it had ‘evolved and transitioned’ into an ‘insurgent-like force’.

Maj Gen Ghika said that there is currently a ‘refocused effort’ by the Iraqi Security Forces to get to the places where IS appears to be trying to regain.

Offshoots aligned to the terrorists have sprung up around the world since 2014 in places including North Africa, West Africa, Afghanistan, south east Asia, Sinai and the Far East.

Maj Gen Ghika said the Global Coalition, comprised of more than 81 partners, has discussed the issue of shifting focus to tackle IS in other areas, but it may not be in the same form as operations in the Middle East.

He added: ‘We are watching them all, but the solution to the fight in those places has got to be different to what’s happening in northern Syria and Iraq because the dynamics, the nations are completely different.’