A baby-faced British ISIS recruit from Coventry has become the first person to be executed by the terror group as a spy.

Mohammed Ismail, who was nicked nicknamed Osama bin Bieber, after the Canadian pop star because of his youthful appearance, fled the UK to join the terror cult when he was 18-years-old.

But Ismail, who was reported missing by his parents in March 2014, is thought to have been killed after giving away the movements of Nasser Muthana a noted ISIS propagandist, as reported by The Sunday Times. 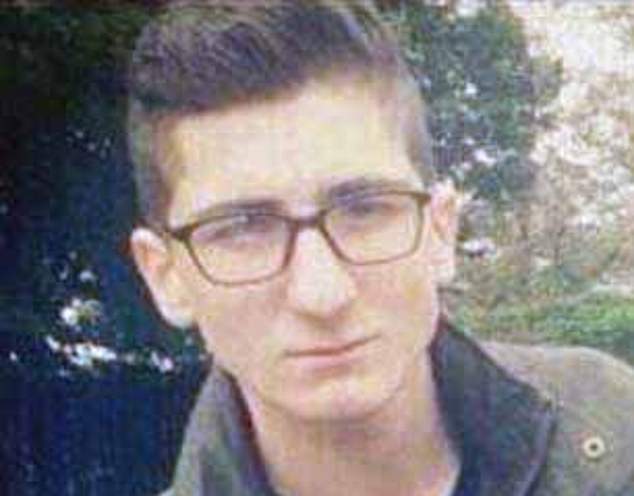 Mohammed Ismail, (pictured) who was nicked nicknamed Osama bin Bieber, after the Canadian pop star because his youthful appearance, fled to UK to join the terror cult when he was 18-years-old 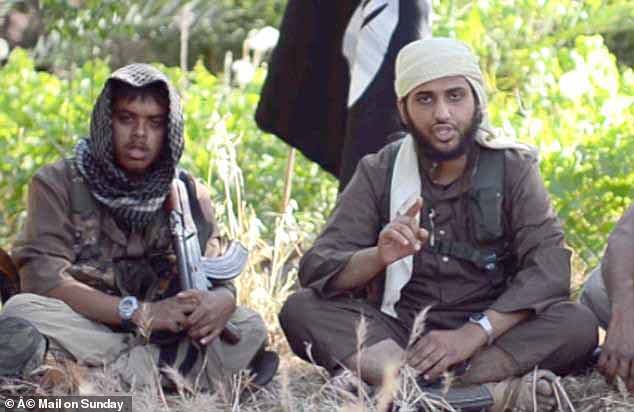 Muthana, an aspiring doctor from Cardiff, was killed by a drone strike in Mosul in 2016.

He travelled to Syria five months earlier and appeared in an ISIS recruitment video with Reyaad Khan, another Cardiff resident.

Nasser had taken £100 from his father to go on an Islamic seminar in Shrewsbury in November, but instead went to Syria.

Three months later his brother Aseel, 17, left the house saying he was going to a friend’s for the night, but the following evening it transpired that Aseel had obtained a second passport by lying about his age and was in Cyprus, travelling to Syria. 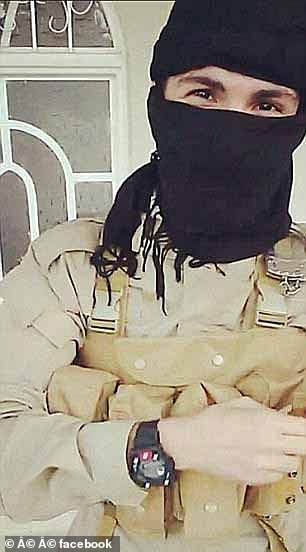 ISIS investigators believe Ismail, known as Osama bin Bieber, may have started talking to intelligence officers in late 2015 or early 2016 through some sort of intermediary

Khan is thought to have been killed by an RAF drone strike in August 2015, it is not clear where Aseel is at present.

According to one account, Ismail was killed in Raqqa, and the execution was filmed.

A source told the newspaper: ‘He (Ismail) got captured in Raqqa.

‘They did have an interrogation with him. He confessed everything and then they killed him.’

It is not clear how he was executed, but it was thought to have taken place in late 2016, a few months after Muthana was killed.

Soon after arriving in Syria, Ismail is thought to have been badly injured in battle, and after that became an ISIS police officer.

ISIS investigators believe Ismail may have started talking to intelligence officers in late 2015 or early 2016 through some sort of intermediary.

Ismail is of Iraqi Kurdish extraction and was said to have been radicalised by extremist clerics at a madrassa (religious school) in the city and travelled to the Middle east with three other men.

Ismail previously posted pictures of himself on Instagram holding guns, and posted tweets claiming to be in Syria with ‘Dawla’, another name for ISIS.

His parents are believed to have reported him missing to police back in March 2014.

The Sun On Sunday spoke to Mahir Hadi, 38, the father of the teenager when he went missing in 2014.

He said: ‘We can’t talk about it – I don’t know anything about it. The police know better than me.’

It comes not long after Shamima Begum, now 19, left East London’s with two friends to travel to Syria to join ISIS in 2015, resurfaced at a refugee camp in Syria.

Prince William will visit New Zealand to honour victims of the Christchurch mosque massacre
Workmen cover up Banksy's latest mural after vandal daubed red noses on artist's festive reindeer
'Terrorist' knifeman wearing an explosive vest is shot dead in Paris after stabbing four people
When Nina was 16 her father killed her little brother and himself but 20 years later she forgave him
US regulators now say up to 300 Boeing 737 jets may have faulty parts
Best Australian 'Kmart hacks' of ALL time - and how you can do them too
Crossbow murder mystery deepens as two more bodies are found in Germany
When you're ferried in limos and have jetset tans like Meghan, Holly and Michelle who needs tights?