A day at the Bahrain Grand Prix proved another chance to strengthen the famous family bonds for The Duchess of York who took to Instagram to share a selfie at the races tagging her ex-husband, daughter Beatrice and her new beau. 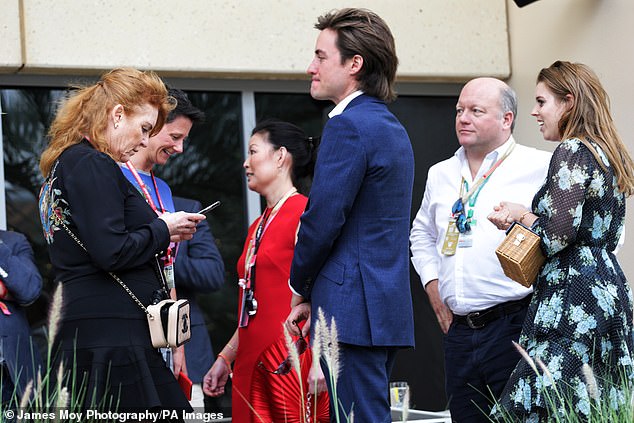 Sarah Ferguson, 59, is famously close with her daughters and son-in-law – and it appears she already enjoys a similarly strong bond with Beatrice’s boyfriend

Beatrice’s new beau Edoardo seems to have earned the approval of Fergie with the  Duchess of York tagging the property tycoon in a post captioned with ‘#familytime’.

Fergie captioned the image: ‘Such a joy to be invited to attend the Bahrain Grand Prix with and Beatrice. Excited to meet @frankiedettori_ #familytimes @f1 #luckyme’.

Rumours Princess Beatrice and Edoardo Mapelli Mozzi were dating first emerged late last year and they have since spent time together in New York and Kenya.

Dashing divorcé Edo, who is father to a two-year-old son, is thought to have been an acquaintance of Beatrice for years, but the pair have seen their friendship evolve into a romance. 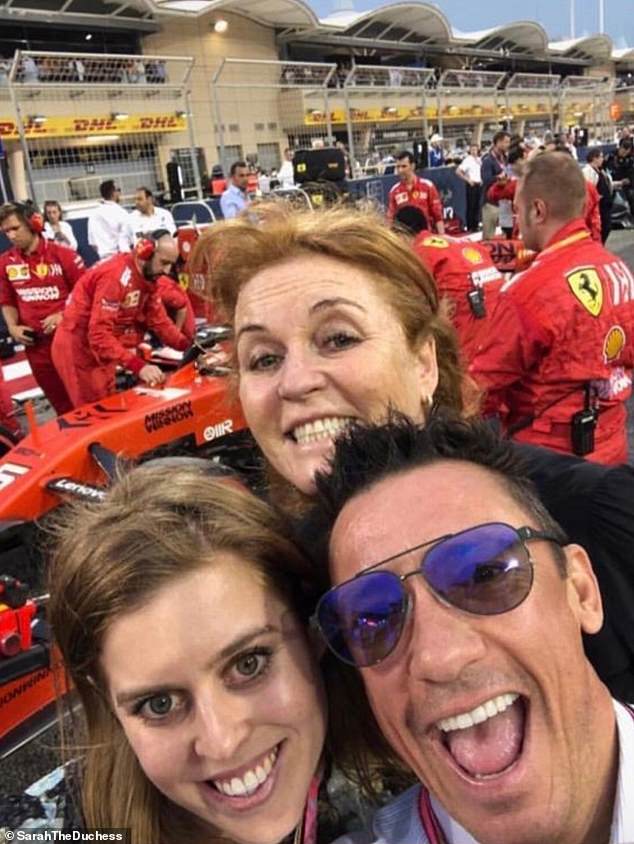 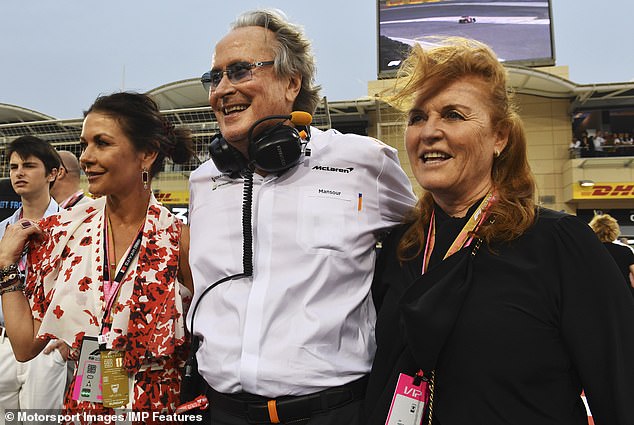 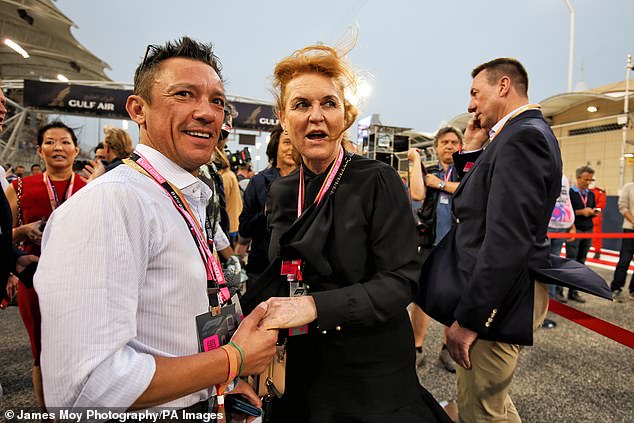 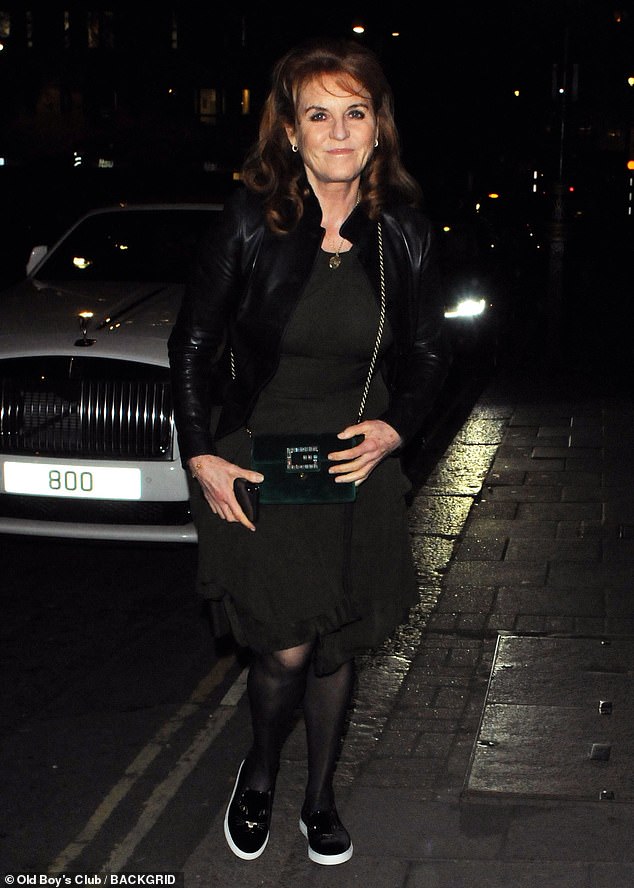 Sarah Ferguson, 59, joined Beatrice, 30, and beau Edoardo Mapelli Mozzi, an Italian property tycoon, for a night out at favourite hangout Annabel’s, in Mayfair, on Thursday night 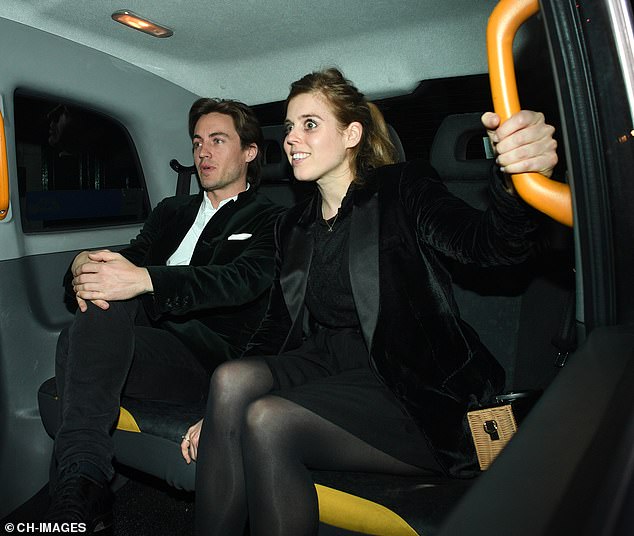 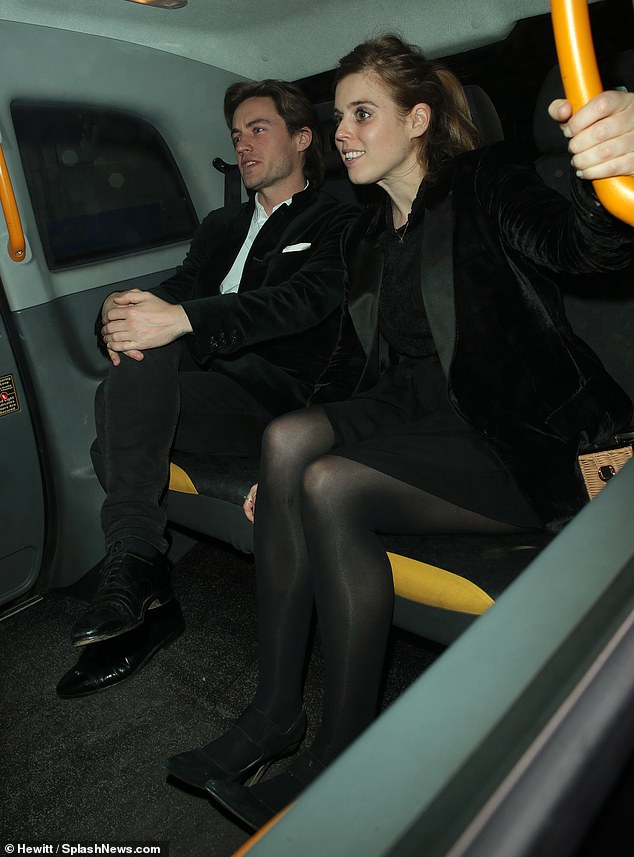 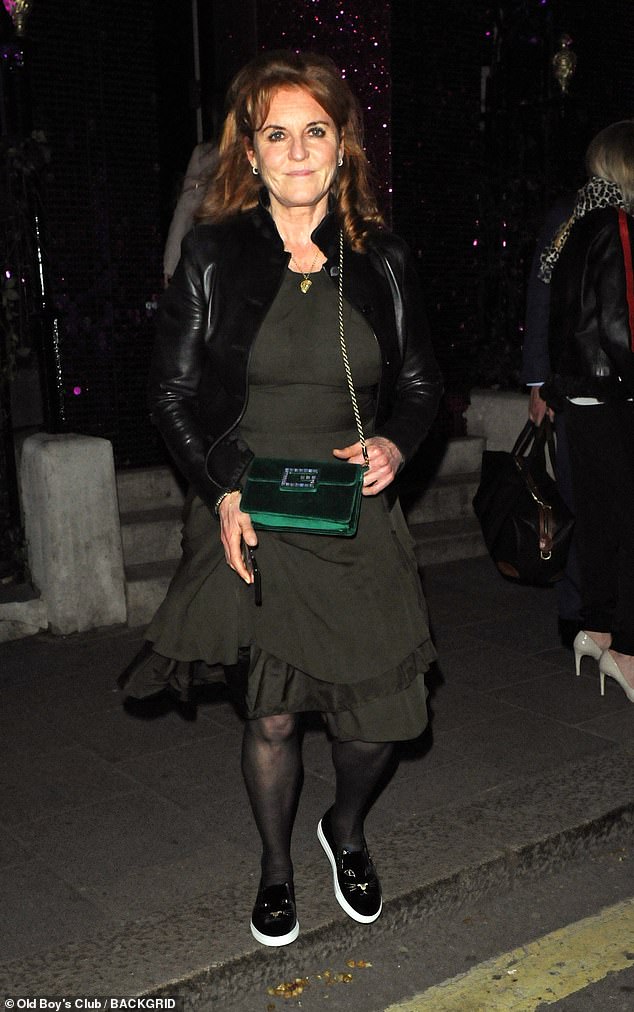 Fergie looked stylish in an olive green dress and leather jacket for the outing, which she accessorised with a pair of £130 black velvet cat slides from Charlotte Olympia

One trend, three styles: FEMAIL reveals the best western dresses to keep you stylish this season
Kasabian star Tom Meighan is scheduled to appear in court on domestic assault charge
Why Elton can't let go of the 'son' he had to leave behind
Meghan Markle shows the royals are 'a modern family' by giving hugs
Tour de France 2018, stage 20 time trial – live updates as Geraint Thomas looks to secure yellow jer...
Jeremy Corbyn is an ally to the most rancid anti-Semites in Britain, writes STEPHEN POLLARD
Corbyn says British soldiers SHOULD face prosecution for the Troubles
Sydney aged care worker who bashed elderly dementia patient refuses to apologise while facing court