There was no hiding Theresa May’s fury on Thursday night — it was visible all over her face.

‘I’ve never seen her look so angry,’ said one MP who saw her after the result came in.

When MPs’ votes were counted on a motion endorsing her negotiating strategy, she had lost by 303 to 258.

Mrs May, who wasn’t in the Commons to witness the defeat, had been beaten principally because 57 hardline Brexiteers in her own party had defied her and abstained. As MPs filed out of the Commons chamber, the PM’s chief whip, Julian Smith, turned to the green benches where these ultras sit and he glared.

The consequences of Mrs May’s latest parliamentary defeat should not be underestimated. Little over two weeks ago, she had a spring in her step. She had unified her party after MPs voted to approve her EU Withdrawal Bill on condition she could negotiate changes to the Irish backstop. Crucially, the DUP had been won over.

Almost for the first time since the Brexit negotiations began, she could see a point on the horizon when she would be able to command enough votes in Parliament to finally get a deal through.

Finally, she had put the pressure back on the EU’s negotiators in Brussels. But after Thursday evening’s vote, Tory unity is once again in pieces and, more significantly, Mrs May’s hopes of winning concessions from the EU are seriously damaged.

When she next talks to Donald Tusk, Jean-Claude Juncker or any of the leaders of the other 27 EU countries, they will — with some justification — say there is no concession they can give her which will satisfy her own MPs. Last night the EU’s chief negotiator Michel Barnier declared the vote showed Mrs May’s Brexit strategy had ‘failed’. 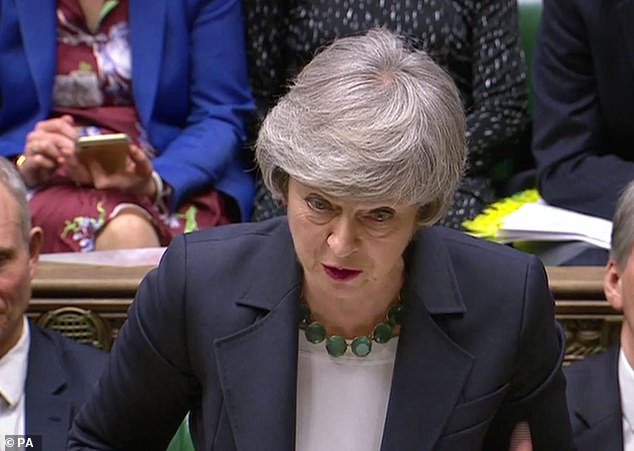 The blame for this shambles does not lie entirely with the hardline Tory Brexiteers in the European Research Group (ERG). Eleven Tory MPs on the Remain side also rebelled, an equally unbiddable and uncompromising faction determined to force a second referendum and stop Britain leaving the EU.

Arguably, tactical mistakes were made, too, on the Government side, in not recognising and trying to avert the rebellion.

But in the final analysis, it was ERG votes which have hobbled Mrs May at this critical juncture and undermined her prospects of securing the very thing these MPs claim to want: a better deal for Britain.

So why did they do it?

This potentially self-defeating act of sabotage was sparked to a large degree by comments made by Mrs May’s chief Brexit negotiator, Olly Robbins. He was overheard in a Brussels bar this week by journalists who said he remarked that Mrs May would opt for a long delay rather than leaving the EU without a deal. The Tory rebels also believed — despite protestations to the contrary from ministers — that the Commons motion on Thursday explicitly took No Deal off the table.

The ERG’s ‘shop steward’, Steve Baker, desperately attempted yesterday to defend the indefensible by portraying his and his fellow hardliners’ position as one of pragmatism and compromise, insisting he had ‘put an enormous amount of effort into uniting the party’.

In truth, if this intransigence continues, they risk tearing the Tory Party apart and — more importantly — increasing the chances of an even softer Brexit, a delay, or both. As one senior source told me: ‘The ERG are going to burn the house down. It’s not a question of if, but when.’

The allusion to arson is a very powerful one. Although there are not yet any big flames, the touch-paper has been lit. Of course, not all ERG members hold the same views, and not all deserve the ‘kamikaze’ or ‘nihilist’ labels some of their colleagues privately attach to them. Indeed, what has been described as a ‘party within a party’ is itself riven with division. 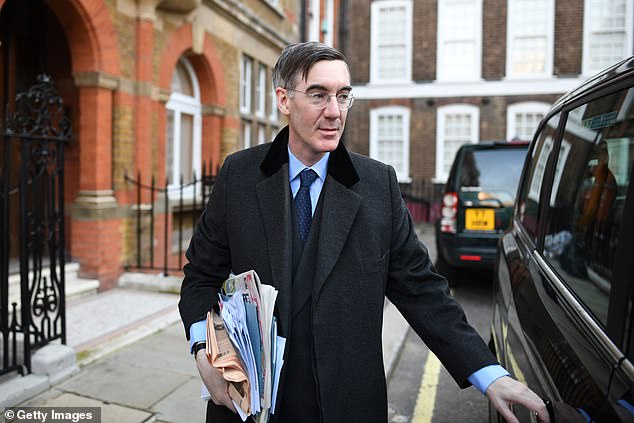 There is a chance Mrs May can yet win over some who are looking for a ladder to climb down.

Others may be biddable as they are cynically positioning themselves for the next party leadership contest and will see how the chips fall before making their move.

A small minority, however, cling on to the belief that they can force through No Deal — and to hell with the economic consequences.

Tory Euroscepticism hasn’t always been so red-bloodedly radical. Various members of the ERG have, in the past, publicly backed staying in the Customs Union (David Davis) or a gradual transition (Owen Paterson), while ERG chairman Jacob Rees-Mogg once floated the idea of a second referendum after the negotiation was complete. How grimly ironic that now, as the prize of Brexit is within their sights, this pragmatism has been abandoned.

One Tory MP told me this week he thought some of the most zealous Brexiteers, who have spent their entire political careers trying to get Britain out of the EU, now perversely don’t want Britain to leave because they would have nothing left to fight against. This interpretation may be going too far.

Of course, the unhelpful arithmetic of Commons votes is the result of Mrs May losing the Tories’ majority in the 2017 general election. As a result, she has been unable to take a harder line with Brussels. 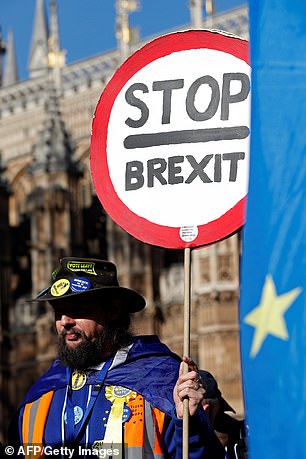 But her calamitous miscalculation of calling an election three years before it was necessary led to a Remain-dominated Parliament.

For their part, Tory opponents of No Deal aren’t prepared to sit on their hands much longer, and Thursday night’s antics by their ERG colleagues simply enraged them further.

To date, they have heeded entreaties from the likes of Chancellor Philip Hammond to hold their nerve and give Mrs May more time. But with Brexit just 41 days away, they are running out of patience.

The next crunch point in the Parliamentary calendar is February 27. If Mrs May hasn’t got a deal accepted by then, expect dozens of Tory MPs — among them several ministers — to ally with Labour in an attempt to seize control of the Brexit timetable to avert what they see as a No Deal catastrophe.

If that happened, the prospect of Brexit happening on March 29 would all but vanish, and with it Mrs May’s room for manoeuvre.

These are the darkest fears of those closest to the Prime Minister. Summing up her mood, one tells me: ‘Sometimes she thinks it’ll be ok . . . but sometimes she just despairs.’