The Commons Leader accused Dr David Nicholl, who rang his LBC radio call-in show, of ‘fear-mongering’ when asked how many extra deaths he would accept as a result of a lack of drugs and radioactive isotopes under a No Deal Brexit.

The consultant neurologist was involved in Operation Yellowhammer but Mr Rees-Mogg said there was no reason for mortality rates to rise and accused him of ‘fear-mongering on public radio’. 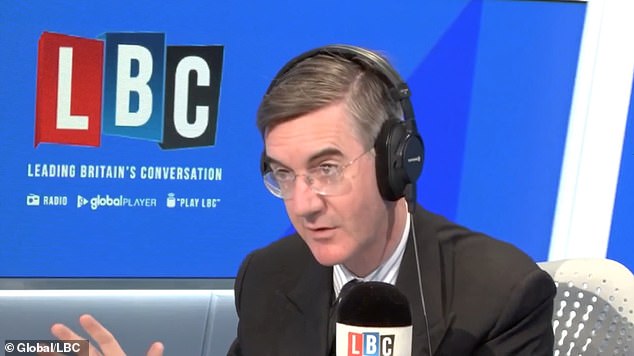 He claimed there were ‘reserve plans to fly drugs in if necessary’.

Dr Nicholl warned that people could die because of potential problems with access to drugs and radioactive isotopes in the event of a No Deal Brexit.

However, Mr Rees-Mogg insisted there were ‘reserve plans to fly drugs in if necessary’.

He said: ‘This is a major focus of Government policy. I think it’s deeply irresponsible, Dr Nicholl, of you to call in and try to spread fear across the country.

‘I think it’s typical of Remainer campaigners and you should be quite ashamed, I’m afraid.’ 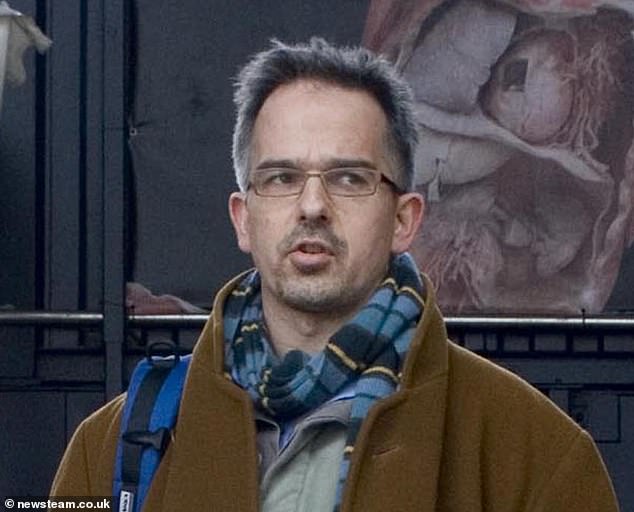 Dr David Nicholl, who rang his LBC radio call-in show, was labelled a ‘Remoaner’ by Rees-Mogg

‘If he has got doubts about my probity, I am more than happy to be referred to the GMC,’ he said.

‘I am not bothered about Jacob Rees-Mogg. I’m not going to take a single word of health lessons from a muppet like him.’

Earlier in the show, Mr Rees-Mogg said the idea floated by Boris Johnson’s opponents of ousting him as Prime Minister and installing a government of national unity led by former chancellor Kenneth Clarke would ‘blow a raspberry’ at Leave voters.