The Observer’s food critic Jay Rayner has said that his latest review, of a Chinese restaurant, was ‘an act of solidarity’ in the wake of ‘misplaced fear’ and racism surrounding the coronavirus.

The outspoken writer was reviewing the Four Seasons in London‘s Chinatown, and took to Twitter to share the wider context of his piece.

He wrote: ‘This week’s review, as well as being a description of fabulous Cantonese roast meats at Four Seasons, is also an act of solidarity with Britain’s Chinese community which has suffered via misplaced racist fear over Coronavirus. 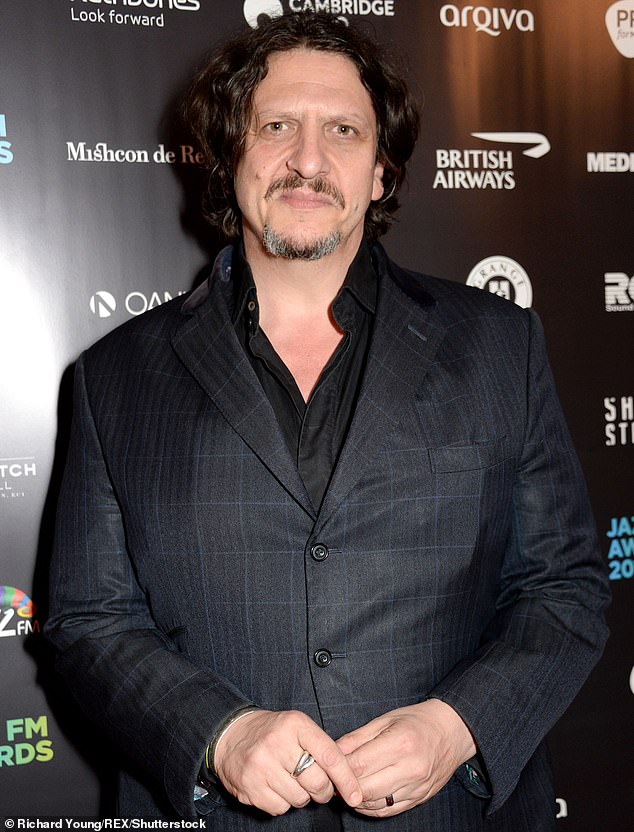 The Observer’s food critic Jay Rayner has said that his latest review, of a Chinese restaurant, was ‘an act of solidarity’ in the wake of racism surrounding the coronavirus

The deadly virus was first detected late last year in the city of Wuhan, the capital of Central China’s Hubei province.

Coronavirus has since claimed 2,458 lives and infected 78,572 people according to AP, almost all of them in China.

‘I’ve never seen it like this before,’ Mr Rayner wrote of the scenes that awaited him in a ‘sparsely populated’ Gerrard Street in Chinatown.

News coverage of the virus began to ramp up early this year and Jackie, duty manager of the Four Seasons, told Mr Rayner that ‘business just went down.’

‘We want the business back but we can’t do anything about it. People are scared,’ the critic said the restaurant worker added. 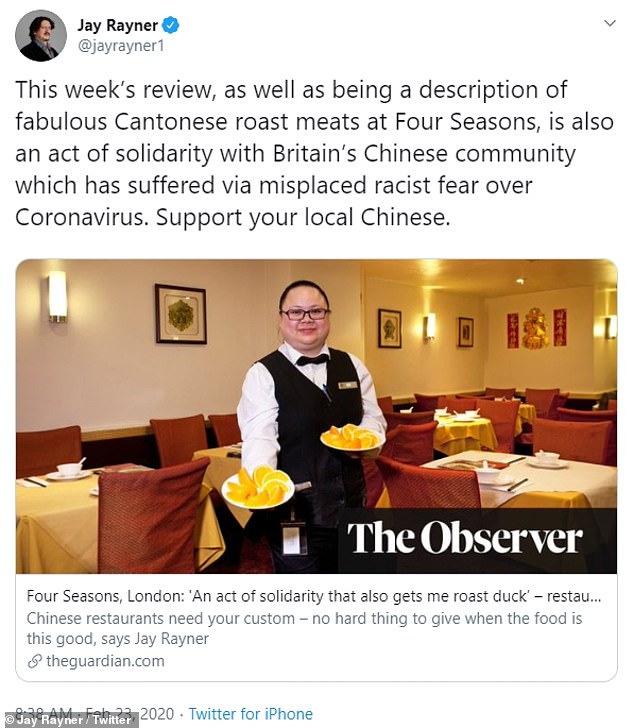 The outspoken writer was reviewing the Four Seasons in London’s Chinatown, and took to Twitter to share the wider context of his piece.

Not only has business gone down, racism also seems to be on the rise. A spate of recent racially-motivated incidents against Chinese people are being investigated by police.

Four incidents were reported in three days in Southampton at the start of the month, according to a dossier compiled by the Chinese Association of Southampton (CAS) seen by the Guardian.

During one of those, a Chinese student had a stone thrown at her and was told to go back to their ‘f****** country.’

In another, a woman was called a ‘f****** virus, and a third person was allegedly told to get off a bus by the driver – because she was wearing a face mask. 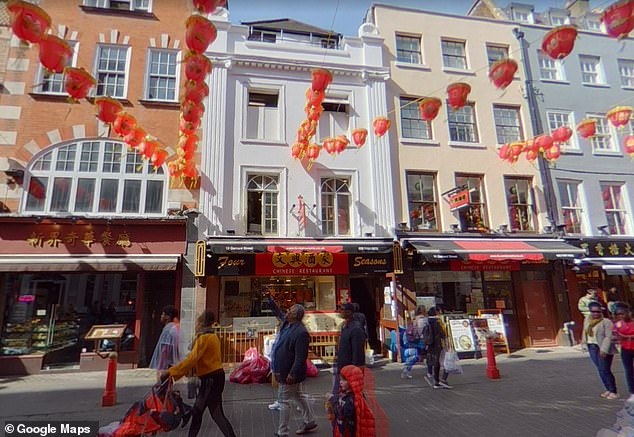 ‘I’ve never seen it like this before,’ Mr Rayner wrote of the scenes that awaited him in a ‘sparsely populated’ Gerrard Street in Chinatown. The Four Seasons is shown in the centre

‘It doesn’t matter what excuse you choose for your racism. It’s still racism,’ he added.

He said that his review carries a simple message of support for ‘your local Chinese restaurant’.

‘Go show them that ethnicity is not a marker for disease,’ he said, adding that he didn’t need to go there as he has been eating at the establishment for years, describing his visit as ‘an act of solidarity that also gets me roast duck.’ 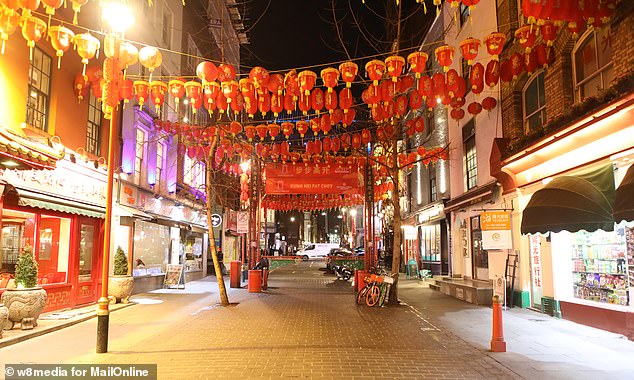 London’s Chinatown stands eerily deserted two weeks ago, as thousands of revellers keep their distance from the tourist spot as coronavirus panic sweeps the UK

Reacting to Mr Rayner’s review on Twitter, one person said: ‘I’m baffled people would avoid Chinese restaurants in London for the coronavirus… you’ve definitely inspired me to go ASAP.’

Another said: ‘Such an excellent and timely review. So shameful that some people are avoiding our wonderful Chinese restaurants for the silliest of reasons.’

The news comes as Italian authorities placed 50,000 people in lockdown in ten towns in Lombardy and Veneto, telling them to remain indoors as two people died after contracting the virus.

A 78-year-old man infected with it died in Veneto. A post-mortem on a 77-year-old woman in Lombardy came back positive, though it was not clear if illness from the virus caused her death. 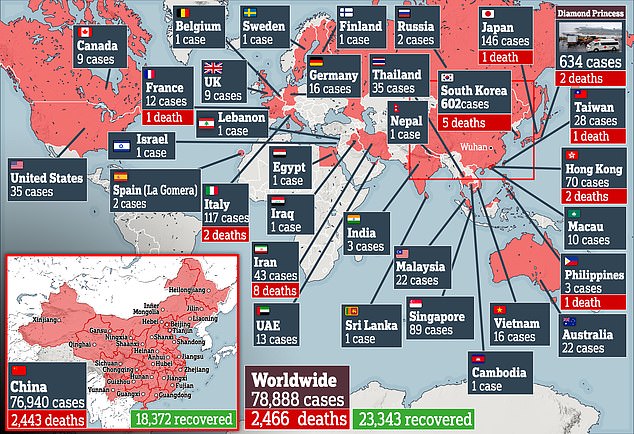