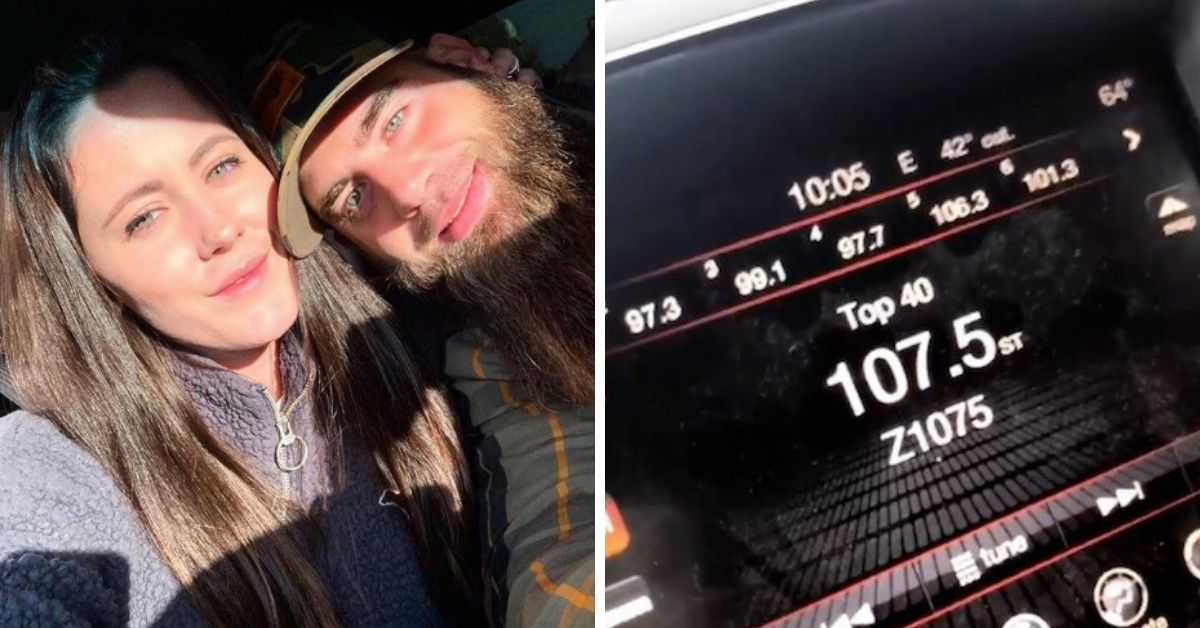 Jenelle Evans may not be excited about her most recent relationship news…but I’d be willing to bet her mom is. Evans, who is married to David Eason, caught a few eyes this weekend when she began posting some cryptic messages on her Facebook and Instagram accounts, indicating that she’s single.

Eason and Evans have been married for just under two years, and share a daughter, Ensley, together. Just a few months ago, Evans called 911 after her husband allegedly attacked her.

“My name is Jenelle Eason, I am at 17 [redacted], and my husband assaulted me,” the Teen Mom star said in the 911 call. “He pinned me down on the ground […] in the yard, and I think I heard my f*****g collarbone crack. I can’t move my arm. I think that he got violent because he’s drinking. I’m recovering from a surgery I got on Monday […] I have four kids at the house with me right now and they’re all sleeping. I don’t know what to do.”

Eason has also been in the news for threatening president Trump with an arsenal of weapons. He posted a video of himself firing a rifle with a bump stock, saying “They will say I’ve gone off the deep end just wait for it!” He tagged the post “Bang bang bang,” “bump fire,” “bump this,” “Nancy Pelosi,” “Trump” and “MAGA.”

Evans seemed to stand by her man when all this was going down, but now, she seems to have called it quits. The mom of three posted images of three different songs in a row. One was “Better Now” by Post Malone which is about a breakup, then she posted “Solo” by Clean Bandit ft. Demi Lovato, also about a breakup. Then it was “Learn To Let Go” by Kesha, who has always inspired Evans (she tried moving a court date so she could go to her concert.) You guessed it, also about a breakup. The lyrics are also pretty telling.

Had a boogieman under my bed

Putting crazy thoughts inside my head

Always whispering, “It’s all your fault”

He was telling me, “No, you’re not that strong”

Evans topped it off with Demi Lovato’s “Sorry Not Sorry” by Demi Lovato.

But perhaps the most telling posts happened on Facebook. Evans posted a new profile of herself, captioned “Single AF.” Then she changed her relationship status to “separated.”

The image from Evans’ profile is from New York Fashion Week, where she also posted a picture with Eason’s daughter. It’s odd to think that she would still be taking his daughter places if they were split up, but nothing about this family has ever been normal.

Neither Eason nor Evans have made a statement on a split, but it’s safe to say that Barbara Evans, Jenelle’s mom, is probably thrilled about it. She has been vocal in the past about how she thinks Eason is dangerous.

“I think he’s hurting her. I can see it. It’s a domestic violence thing, and he’s keeping her like a prisoner,” Barbara said. “She can’t even leave the house. I think in her mind…you want to leave but sometimes it takes a long time before she leaves.”

“No, I don’t feel Jenelle is OK,” Barbara said, on another occasion. “David’s going to hurt her. I’m just so so so worried. I’m going to be the first one shot cause I live closest. It scares me. He could come over and kill me any time.”

As for Eason, he has updated his relationship status to “single,” but hasn’t been as cryptic on social media as his wife.

Personally, I think it’s great for Evans to be away from Eason. I’ve never liked him and always found him controlling. But I hope that the split was just Evans realizing she could do better, rather than something bad happening to force a split.

Do you think Evans and Eason will be split for good?

Dairy Queen Just Announced A New Flavor And It's Every Cookie Lover's Dream
Queen Elizabeth II shocked by the behavior of diva Meghan Markle ? The rumour was amazing !
Animal Hospital Shows Off Great Dane’s Enormous Litter Of Puppies
Prince Harry and Meghan Markle lover, the prince Charles pays a touching tribute (PHOTO)
Surprising DIY Pasta Crafts Your Kids Will Love
Marisa Tomei Just Found Out She Has A Very Famous Cousin
Cute Or Sexist? Parents Divided By Photo Of Kids In Matching Scrubs
Her Boyfriend Went Missing In Disney World, Then Turned Up In A Hilarious Place