Mr Corbyn was accused of using the language of Osama bin Laden after ignoring pleas avoid politicising the atrocity to tear into the US president.

Today : Mr Trump will attend a reception at Buckingham Palace with the Queen to welcome Nato leaders

It showed flowers beside a road sign in the capital, to a soundtrack of Mr Corbyn condemning Western wars and emotional music.

The tweet has the message: ‘It’s time for Britain to stop clinging on to Donald Trump’s coat-tails.’

Mr Trump and wife Melania arrived at Stansted airport in Essex shortly before 10pm in preparation for the Nato meeting tomorrow.

Today the couple will join other world leaders at a Buckingham Palace reception hosted by the Queen. 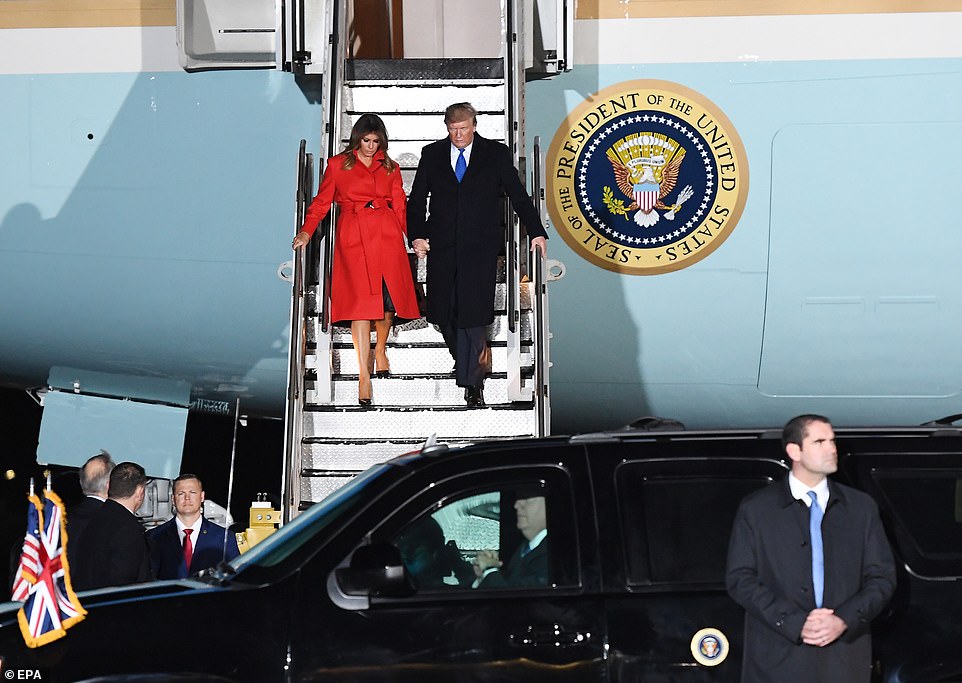 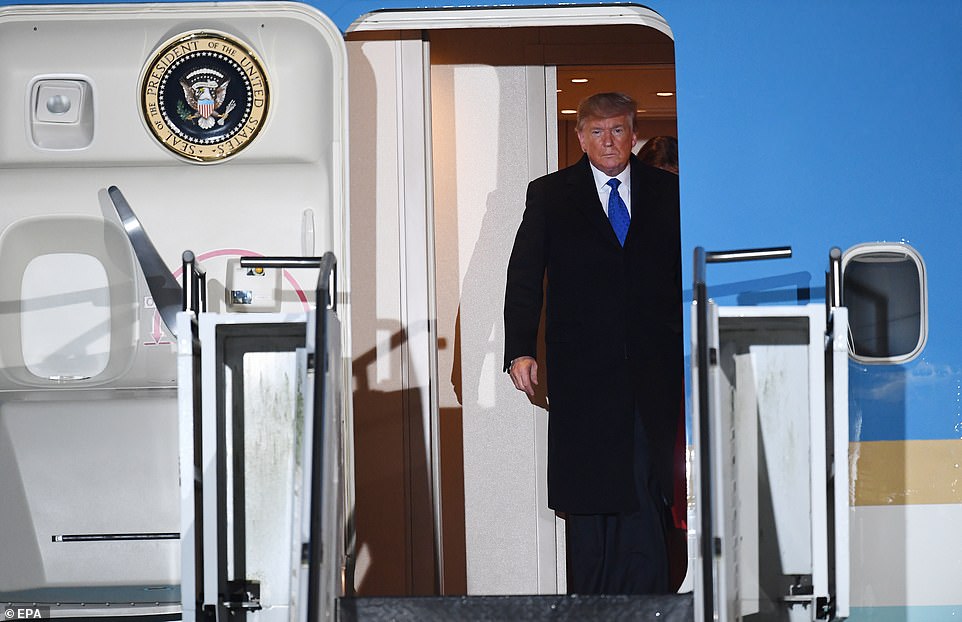 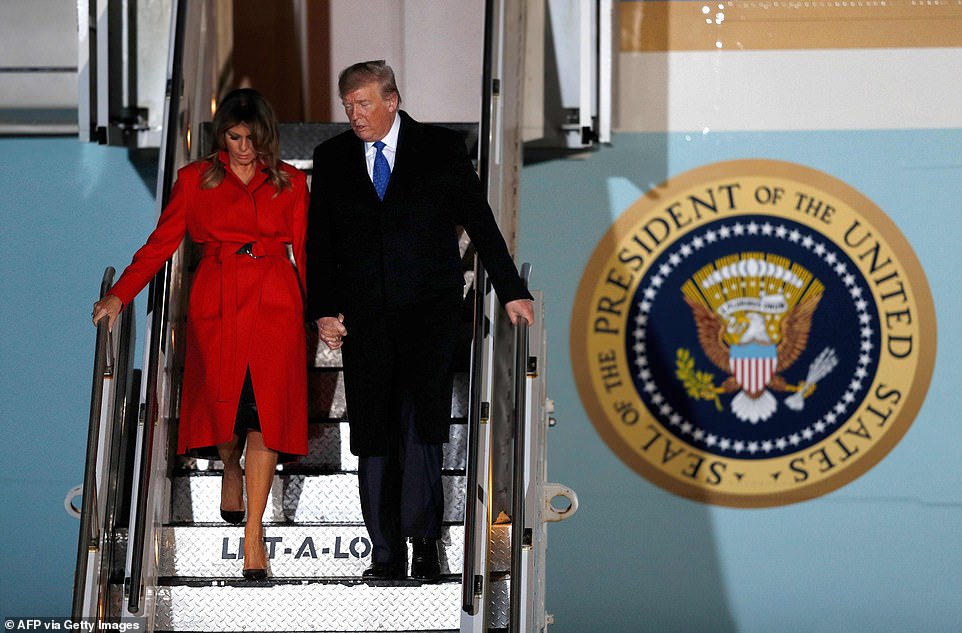 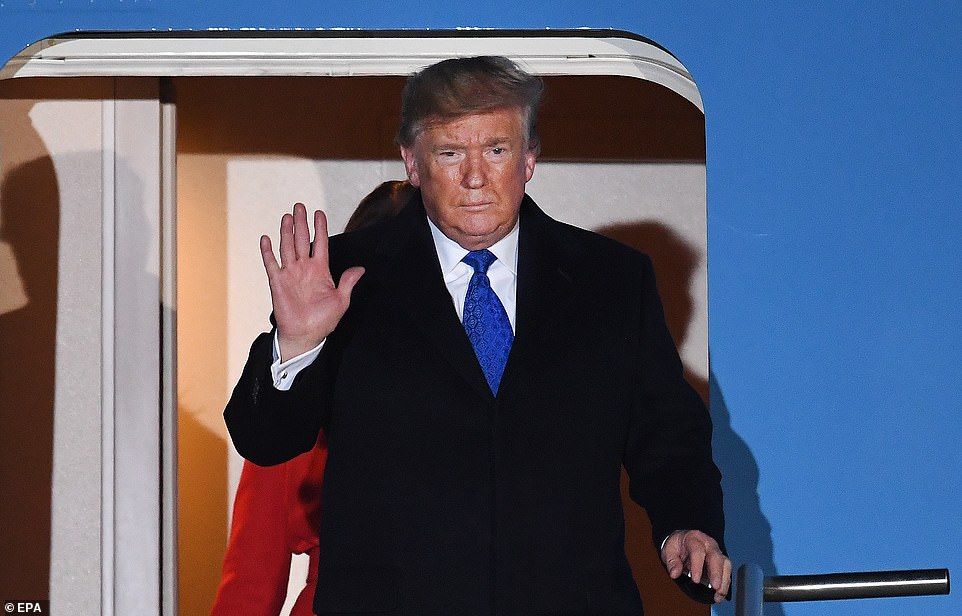 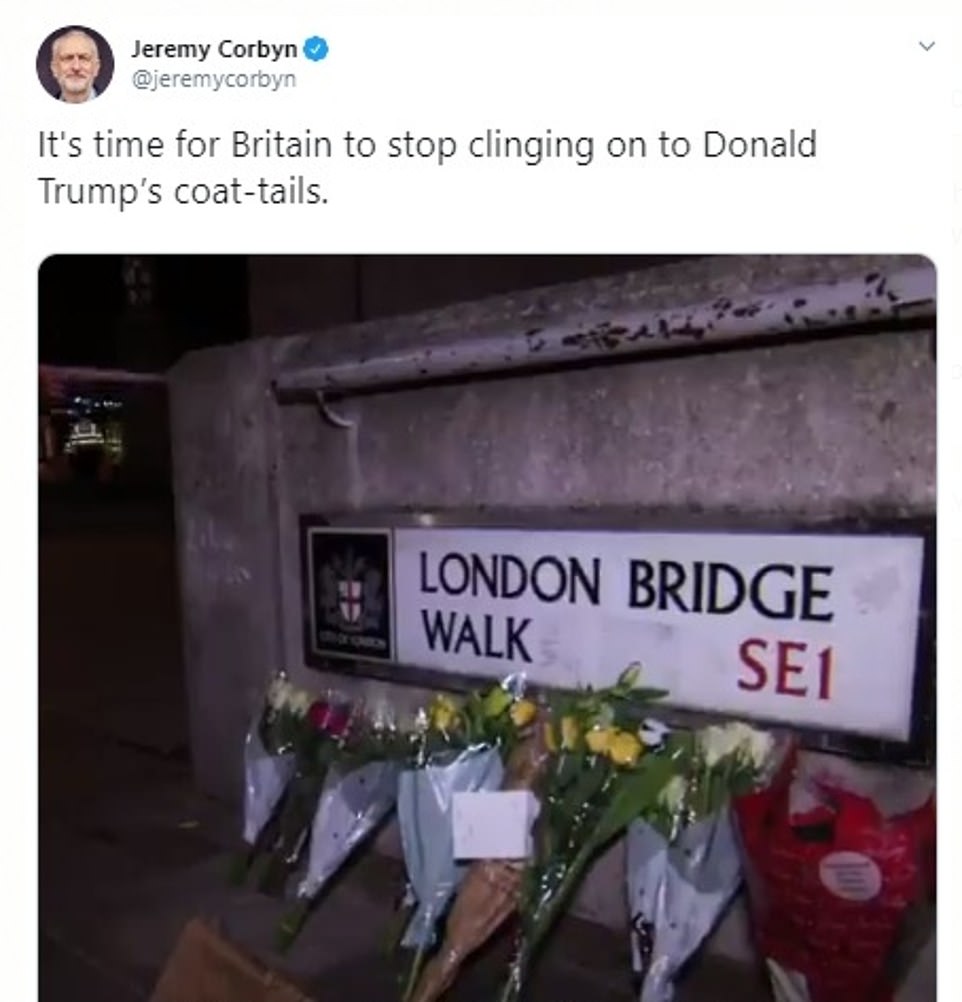 A video posted on the Labour leader’s Twitter feed shows flowers beside the roadsign in the capital, to a soundtrack of Mr Corbyn condemning Western wars and emotional music

What is Corbyn demanding from Trump

In the letter to the President, the Labour leader highlighted he wanted to keep costs down on pharmaceuticals in the UK, his other key points included:

The President’s arrival came at the end of a day that saw complaints that both main UK political parties have exploited the deadly London Bridge attack.

Mr Corbyn also penned a letter to the President asking for reassurances that his administration will not try to include selling higher-priced US drugs to the NHS on its trade wish list.

Mr Corbyn said he wanted ‘assurances’ over the ‘prices paid to US drugs companies as a consequence of any such UK trade deal with the US’.

Labour has warned throughout the election campaign that allowing US medical companies to supply drugs to the NHS would push up the price of medicines.

Mr Corbyn told journalists at a rally in Hastings that a Labour administration would walk away from talks if the US insisted on elements of the NHS being up for grabs.

‘We cannot allow our National Health Service to be put up for sale to American pharmaceutical companies,’ he said.

Writing to Mr Trump, he stated: ‘As you will know, the potential impact of any future UK-US trade agreement on our National Health Service and other vital public services is of profound concern to the British public. 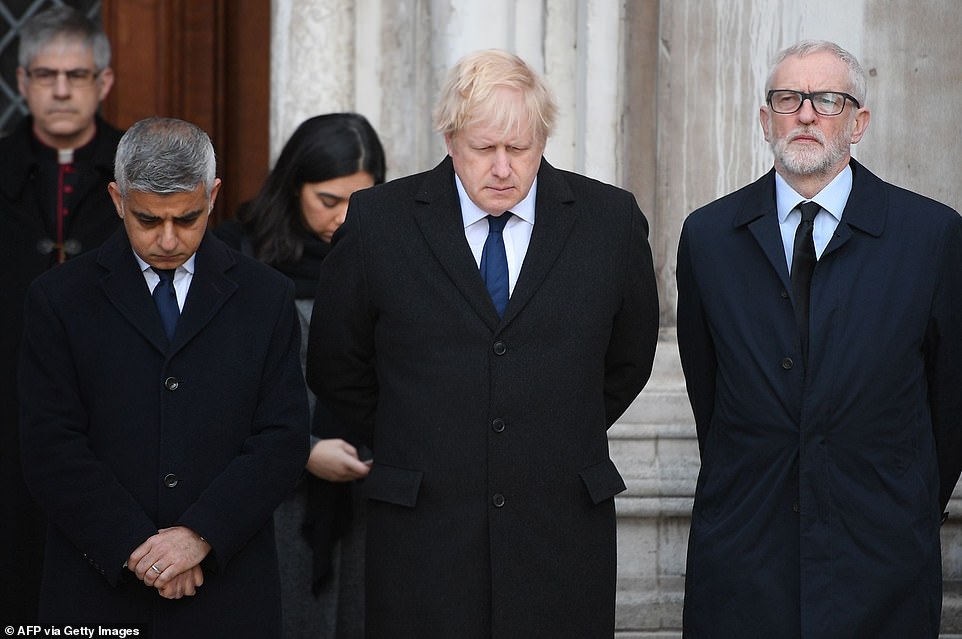 ‘A critical issue in this context is the cost of drugs to our NHS.

‘Any increase in the NHS drugs bill would be an unacceptable outcome of US-UK trade negotiations.

‘Yet you have given a number of clear and worrying indications that this is exactly what you hope to achieve.’

He told Mr Trump it would ‘go a long way to reassuring the British public’ if he rowed back from the NHS-related negotiation aims seen in the leaked civil service paper on the UK-US talks.

Mr Corbyn wrote: ‘A revision of the US negotiating objectives along these lines would go a long way to reassuring the British public that the US government will not be seeking total market access to the UK public services – that the NHS will not be on the table in US-UK trade negotiations, that a US-UK trade deal will not open up NHS services to irreversible privatisation, and that the US government accepts that our NHS is not for sale in any form.’

Mr Corbyn sent a letter with similar demands to the Prime Minister on Monday, the eve of the Nato summit.

Trump previously said it would be ‘so bad’ for Britain if Mr Corbyn was to become prime minister. 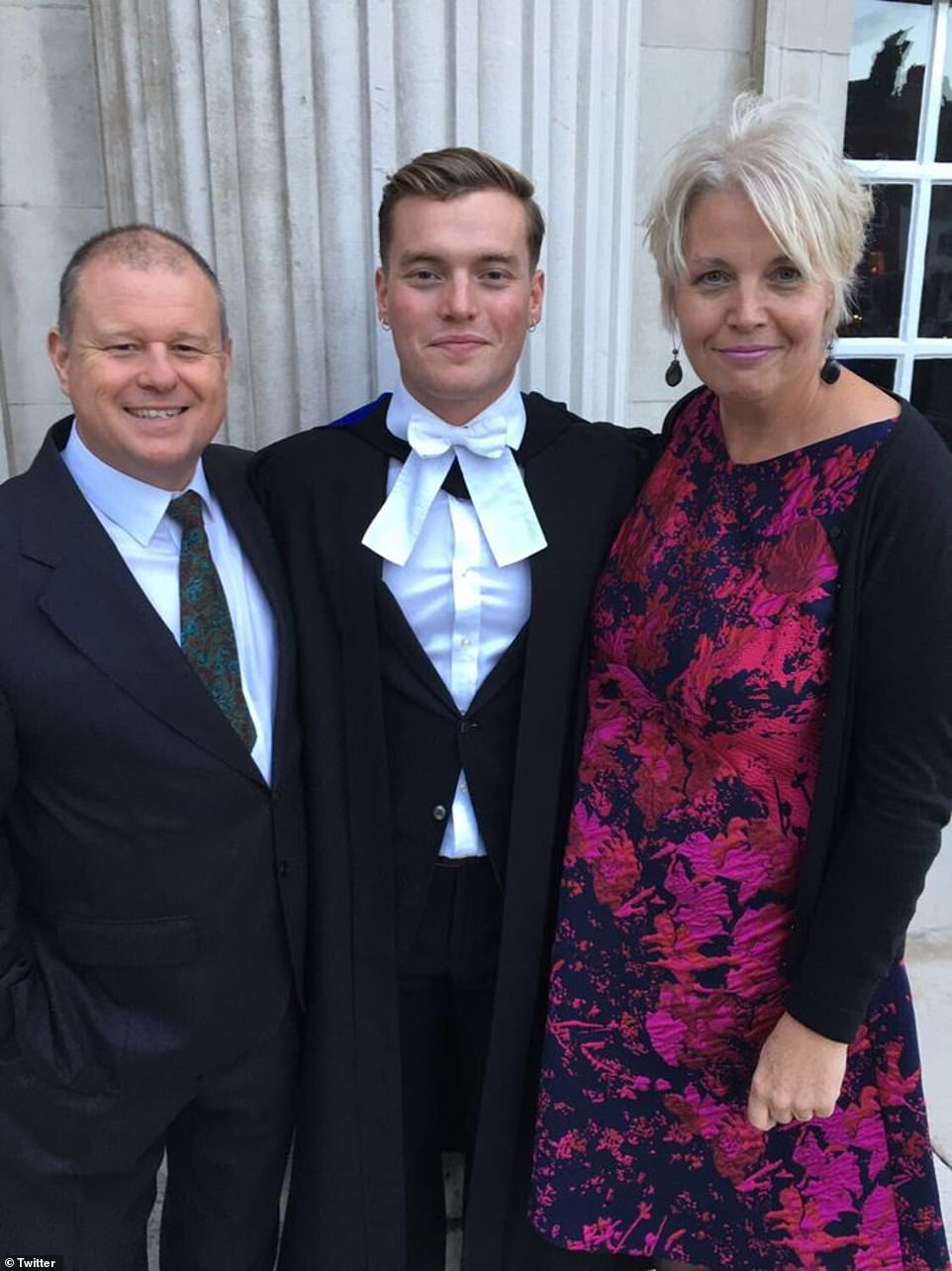 Jack Merritt (pictured centre) was one of the victims of the London Bridge terror attack. His father David (left) has condemned politicisation of the attack 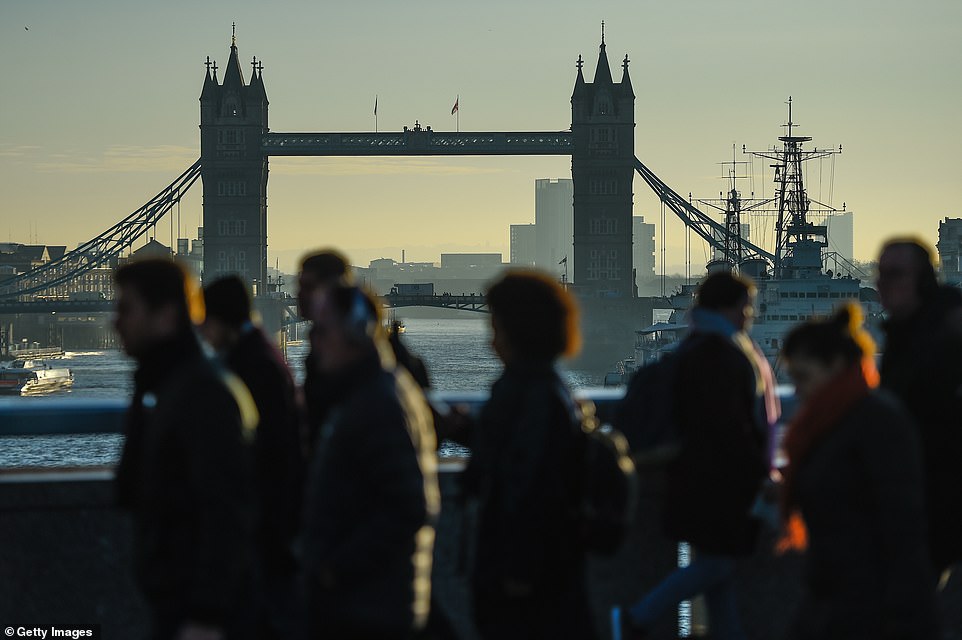 Mr Trump told Nigel Farage’s LBC radio programme in October: ‘Corbyn would be so bad for your country, he’d be so bad, he’d take you on such a bad way. He’d take you into such bad places.’

Jeremy Corbyn is under pressure over his suggestion that convicted terrorists should ‘not necessarily’ serve their whole prison sentences.

Pressed during a campaign event at London’s Finsbury Park station over whether released terror convicts should be reassessed and serve their full sentences, the Labour leader said it is ‘quite right to look at every case’.

He said: ‘I think terrorists should be sentenced, as they are, and they should be released as and when they have completed a significant proportion of their sentence and they’ve undergone rehabilitation and they are considered safe to the public as a whole.

‘I do think that continuing with the process allows people to be released ahead of final complete of their sentence if they’ve been rehabilitated and they have been suitably assessed and they are very strictly monitored when they come out – I think that must be the correct way of doing things.

‘There are enormous questions to be learned from this terrible event that happened last week and that is, what happened in the prison with this particular individual, what assessment was made of his psychological condition before he was released and also what supervision and monitoring he was under after coming out?’

Boris Johnson defended launching a crackdown on the treatment of convicted terrorists after the rampage by 28-year-old Usman Khan, who was out of prison on licence.

Former University of Cambridge students Saskia Jones, 23, and Jack Merritt, 25, were fatally stabbed during a prisoner rehabilitation event on Friday.

Khan was on licence and wearing an electronic monitoring tag when he launched the attack, which injured three others, after he was invited to the prisoner rehabilitation conference on Friday afternoon.

The event was organised held by Learning Together, a programme associated with Cambridge University’s Institute of Criminology.

Speaking to reporters in Southampton yesterday, the PM rejected the idea that his action was a knee-jerk response.

‘Look at my 2012 manifesto on crime … I’ve campaigned for a long time for longer sentences for serious and violent offenders,’ he said.

Mr Johnson said it was ‘probably clear from the outset’ that Khan was ‘too tough to crack’ when it came to rehabilitation.

‘What I’m saying is our job is to keep the public safe and that’s what we want to do,’ he added.

Meanwhile demonstrations are planned at Buckingham Palace today to coincide with the reception for Mr Trump and other world leaders in the grand State Rooms.

Among the protesters will be NHS nurses, doctors and workers campaigning over potential risks to the NHS from a future US-UK trade deal.

Nick Dearden, from Global Justice Now, said: “Tuesday’s demonstration will be led by nurses and doctors – to symbolise the millions of people who will stand up for our health service against a US president who simply represents the biggest, greediest corporate interests in the world.”

Stand Up To Trump, Stop the War Coalition and the Campaign for Nuclear Disarmament (CND) will be among the groups taking part.

Lindsey German, from Stop the War Coalition, said: “We need an alternative to war, militarism and racism – an anti-war government and a mass demonstration against Trump and Nato.”

CND general secretary Kate Hudson described Nato as “a hugely dangerous and destructive nuclear-armed alliance with the capacity to destroy all forms of life many times over”.

She added: “This is no time to celebrate and welcome it to London.” 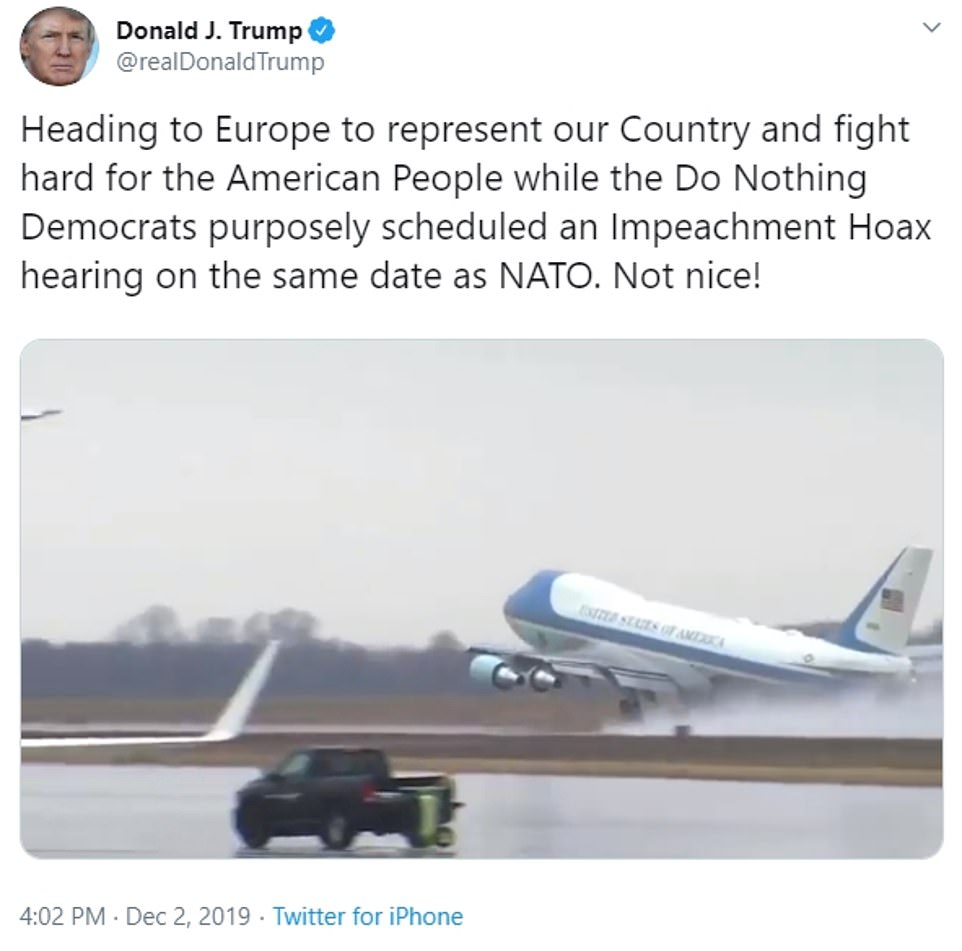 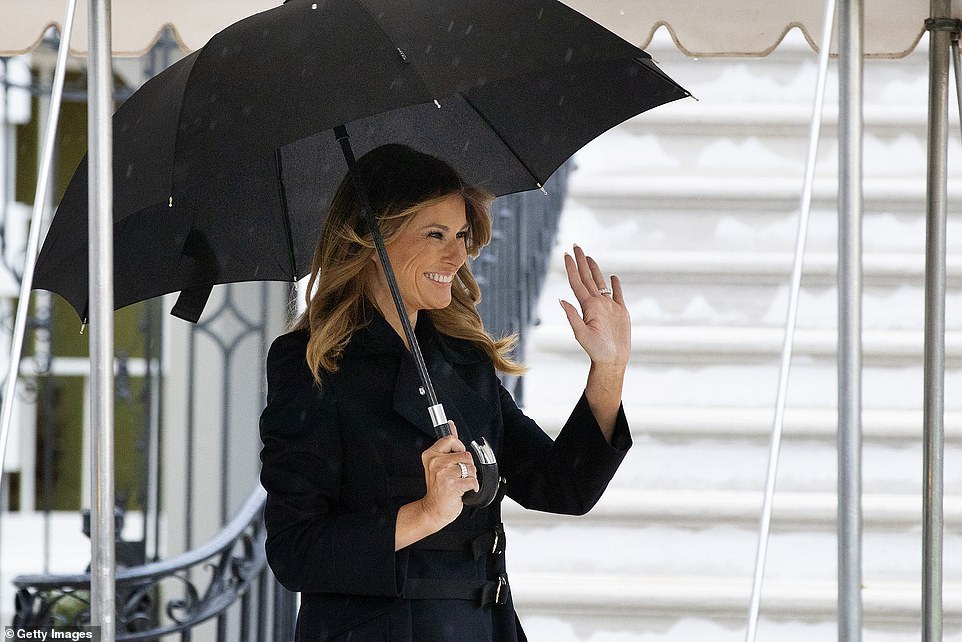 Mrs Trump smiles and waves as she leaves the White House today before boarding Marine One. She is traveling with her husband to London

The Queen, the Prince of Wales and the Duchess of Cornwall will formally greet the Nato leaders at the reception, which marks 70 years of the alliance.

Charles and the monarch will then join the politicians for a group photograph.

The royals will be out in force for the event, including the Duchess of Cambridge, the Earl of Wessex, the Princess Royal, the Duke and Duchess of Gloucester and Princess Alexandra.

The Duke of Cambridge is away in the Middle East and the Duke and Duchess of Sussex are on a six-week break from royal engagements.

The Duke of York, who stepped down from public duties after his disastrous Newsnight interview about his association with convicted sex offender Jeffrey Epstein, is not attending.