Syria‘s brutal dictator Bashar al-Assad will stay in power ‘for a while’ after receiving Russia‘s backing, the Foreign Secretary admitted yesterday.

In the frankest comments yet on the future of Syria, Jeremy Hunt said Vladimir Putin‘s Russia now has a responsibility to secure peace for the country’s people.

‘Russia may think that it’s gained a sphere of influence. What we would say to them is: Yes – and you’ve also gained a responsibility,’ he said. 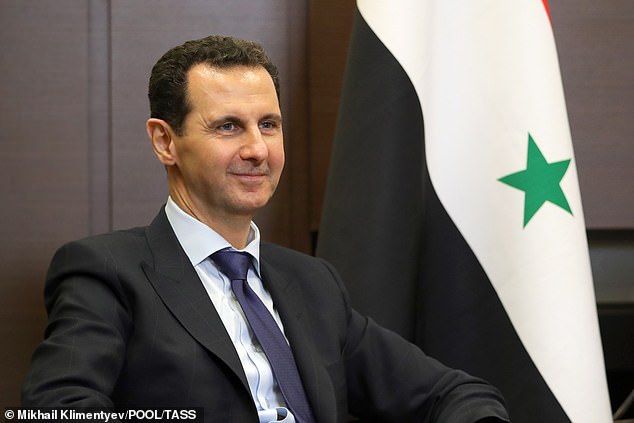 Syria’s brutal dictator Bashar al-Assad (pictured above) will stay in power ‘for a while’ after receiving Russia’s backing, the Foreign Secretary admitted yesterday [File photo]

‘If you’re going to be involved in Syria then you need to make sure that there really is peace in Syria. And that means making sure that President Assad does not use chemical weapons.’

His comments follow years of British insistence that Assad must go and there was no future for his regime.

He also contradicted Donald Trump’s claim that the fight against Islamic State is over, saying the terror group was ‘far from defeated’.

During a three-day trip to Asia, Mr Hunt told Sky News: ‘I think you know the British longstanding position is that we won’t have lasting peace in Syria with that regime.

‘But regretfully we do think he’s going to be around for a while and that is because of the support that he’s had from Russia.’

Last month Mr Trump ordered a withdrawal of US troops from Syria as he tweeted: ‘We have defeated Isis in Syria.’

Days later he was said to have ordered a ‘slowdown’ of troops after sparking international outcry at the decision. 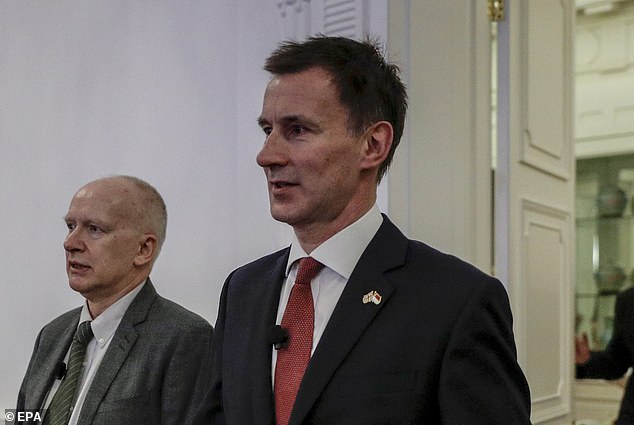 In the frankest comments yet on the future of Syria, Jeremy Hunt said Vladimir Putin’s Russia now has a responsibility to secure peace for the country’s people [File photo]

Asked about Mr Trump, Mr Hunt said: ‘Well I can understand why the President decided that it wasn’t sustainable in the long run for American troops to be permanently in Syria.

‘But I think we also agree with him that this needs to be a slower drawdown of the troop numbers in Syria because you know [Islamic State] is far from defeated and although they’ve lost most of the land that they hold which is a very positive thing they are still a force.

‘And what we don’t want to do is inadvertently create a situation where they are able to regather their strength.

‘So this is an incredibly dangerous organisation. They make the streets of the UK less safe because of this totally poisonous ideology that they have.

‘And it’s very important we don’t declare victory before we really know we’ve secured it.’