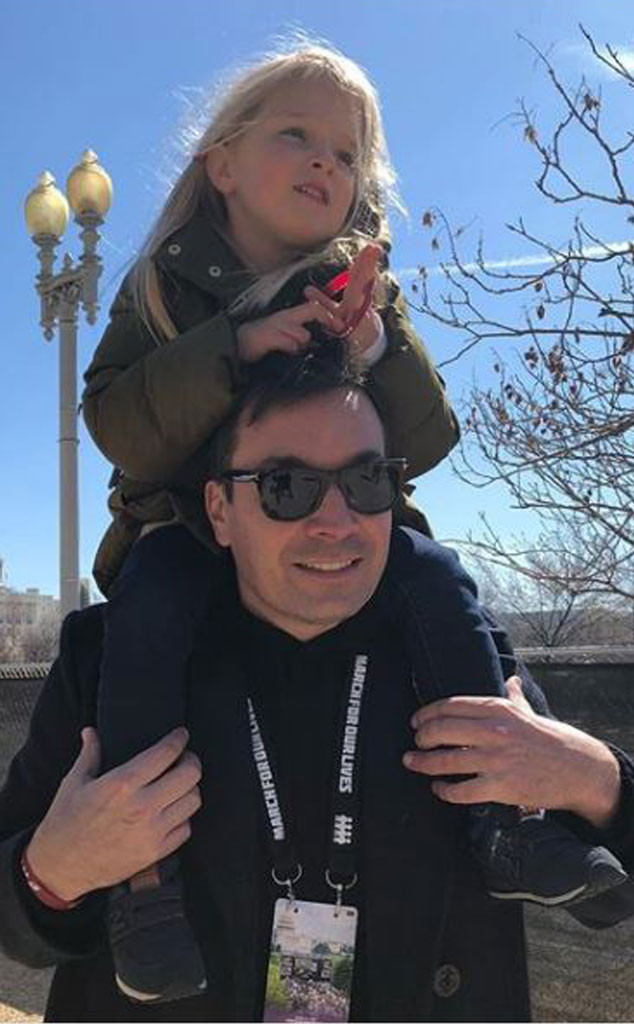 Jimmy Fallon totally kept his cool on his daughter’s first day of school…sort of.

As the Tonight Show host described to fans and Jennifer Garneron Thursday, it was officially time to bring his firstborn daughter, 5-year-old Winnie Rose Fallon, for her first day of kindergarten.

“I didn’t cry…but I did kind of,” Fallon admitted to the Peppermint star, who is a mother of three herself. “I kind of held it in. I didn’t want to be the dad that cries.”

However, Fallon admitted that just walking to the school made him emotional. While he said his wife “lost it,” he tried to keep the tears in on account of the other dads who were holding it together.

As he described to fans in a Facebook Live, he “sucked” his own tears back until they felt like they were in his neck.  “I kept my tears in my neck,” he joked.

The result? That awkward “trying not to cry” face we’ve all experienced before. Check out the clip below for Fallon’s hilarious reenactment.

Of course, Fallon wasn’t the only star to see their kid off on their first day of school this week. Famous parents like Nick Lacheyand Vanessa Lacheyas well as Jessica Albaand Cash Warren also commemorated their kids’ first day with adorable portraits posted to social media.

While the moms and dads may have been emotional about the special milestone, there was no shortage of smiles on the youngsters’ faces.

Check out E!’s gallery above for all of the sweet first day of school snaps.

(E! and NBC are both part of the NBCUniversal family.)