Controversial Commons speaker John Bercow has come under fire today for bringing Michael Gove’s children into a row in Parliament.

Mr Bercow reprimanded Mr Gove in one of his long-winded rebukes to members of Parliament yesterday.

But he went further than his usual put-downs by revealing that his and Mr Gove’s children attend the same school and even identified the school by naming its headmaster. 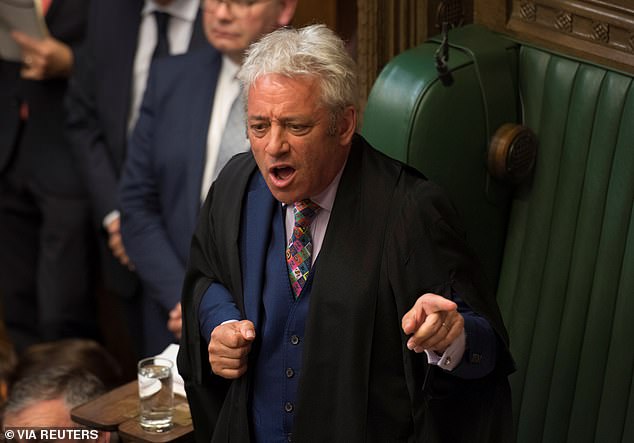 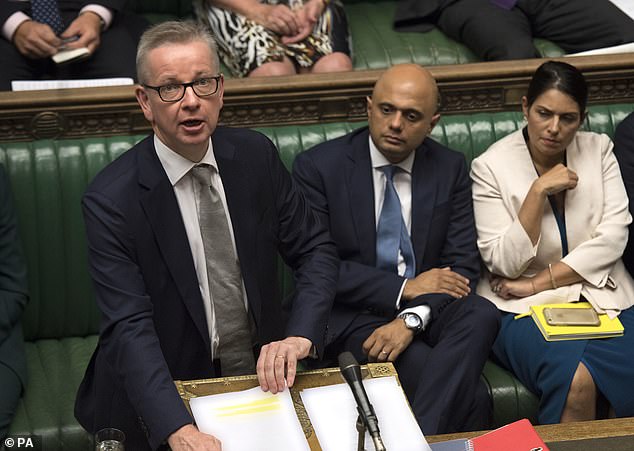 Interrupting discussing in Parliament, Mr Bercow said: ‘I say to the Chancellor of the Duchy [Mr Gove’s title], that when he turns up at our school as a parent, he’s a very well-behaved fellow.

‘He wouldn’t dare behave like that in front of [the headmaster] and neither would I.’

Bercow added: ‘Don’t gesticulate, don’t rant, spare us the theatrics, behave yourself… Be a good boy young man – be a good boy.’

Mr Gove’s wife, Daily Mail columnist Sarah Vine, was among those who hit back at the speaker over his rant.

She tweeted: ‘Insult me, insult my husband – but don’t bring the kids into it. Please. And thank you.’

Conservative member of the Scottish Parliament Rachael Hamilton wrote: ‘There is something very unprofessional about the way Speaker John Bercow operates.

‘Launching an unbecoming personal attack on Michael Gove’s children is unacceptable. Taking his role beyond the parameters of respect and privacy is crass.’

Political commentator Isabel Hardman added: ‘Bercow really covering himself in glory here, scolding Michael Gove by talking about what he’s like at the school gate where their kids are educated.’