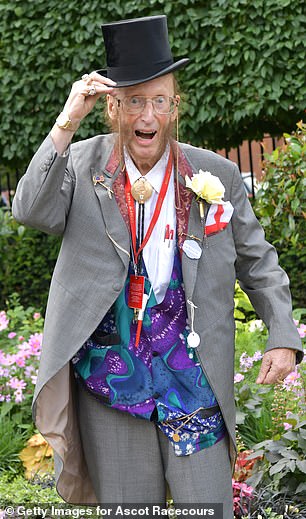 McCririck – known as ‘Big Mac’ to many in the racing world – was a familiar face on Channel 4’s coverage of the sport for many years, with his career on television spanning four decades.

Married to Jenny in 1971, McCririck was an unmissable character with his deerstalker hat, sideburns and cigar, and thrived at the heart of what he called the ‘betting jungle’.

He was well known for his outlandish dress sense and his ebullient personality in the betting ring during his roles on TV, first for ITV and latterly for Channel 4.

In 1981, he joined ITV Sport’s horse racing coverage, which then moved to Channel 4, where he would spend more than 25 years at his familiar spot in the betting ring.

Prior to that he worked for the Sporting Life newspaper and in recent years he had appeared on At The Races. 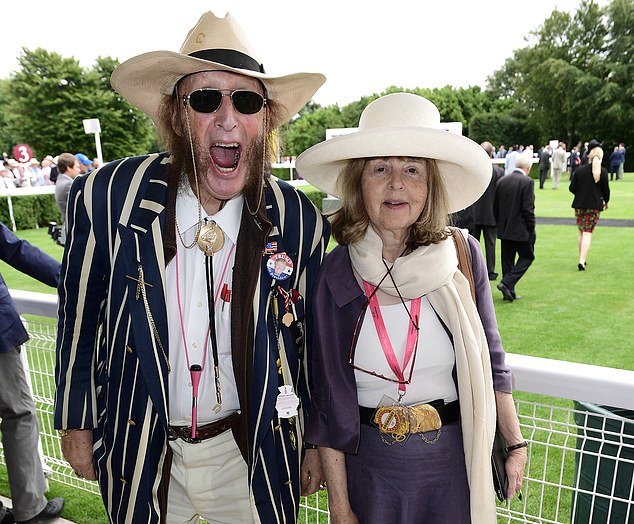 He appeared in various other mainstream programmes, including Celebrity Big Brother, before he acrimoniously left Channel 4 Racing in 2012.

The broadcaster is survived his wife of 48 years, Jenny, who is better known as ‘Booby’.

A statement released by his family said: ‘Award-winning journalist, broadcaster and for many years the face of British horse racing, John McCririck, passed away at a London hospital on Friday, July 5 aged 79. 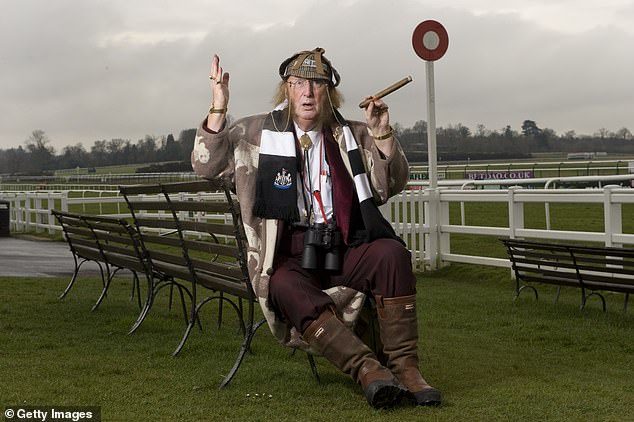 ‘John’s interest in horse racing and betting began at Harrow where he was the school bookie. On leaving he worked for an illegal street bookmaker then legally on-course where he learned the art of tic-tac, clerking bets and making a book.

‘John cut his teeth in racing journalism on ‘Formindex’, a tipping sheet otherwise known as ‘The Golden Guide’. He went on to write for the Sporting Life where he won British Press Awards, ‘Specialist Writer of the Year’ and ‘Campaigning Journalist of the Year’.

‘John joined ITV in 1981 for Shergar’s Derby then became a household name as part of the Channel 4 Racing team when they took over coverage of the sport in 1984.

‘His flamboyant broadcasting style from the heart of betting ring proved extremely popular with racing fans and beyond. 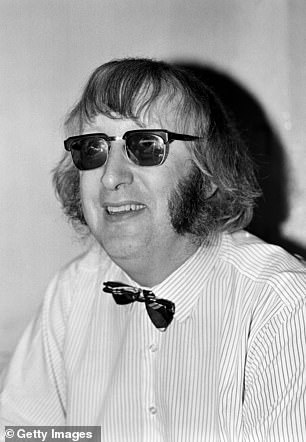 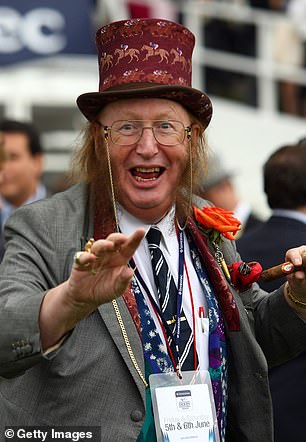 ‘John continued to work for Channel 4 Racing until 2013, as well as satellite channel At The Races.

‘In this time he transcended the world of racing, appearing on numerous mainstream TV news and light entertainment programmes including Question Time, The Weakest Link, Celebrity Wife Swap and Celebrity Big Brother in 2005 and 2010.

‘Despite suffering ill health in recent months, John continued to make several TV and radio appearances. He is survived by Jenny, his wife of 48 years. His funeral will be private.’

Ascot Racecourse has released a statement saying it is ‘deeply saddened’ by the death of McCririck. 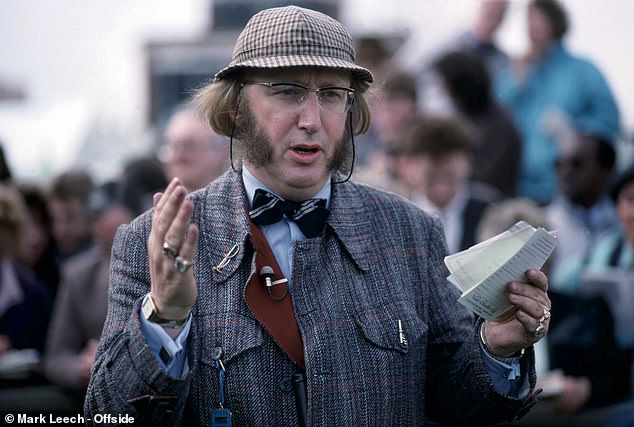 ‘Everyone at Ascot is deeply saddened to hear of the passing of John McCririck,’ it tweeted. ‘He was an unmistakable presence in racing, and one of the most impactful broadcasters of his generation.’

The British Horseracing Authority paid tribute to McCririck, tweeting: ‘We are saddened to hear of the passing of John McCririck.

‘Throughout a lengthy and colourful career, one thing was always clear – his enduring passion and love for the sport of horseracing.

‘He was a recognisable figure and resonated with the wider public. Our condolences go to his family.’