Boris Johnson channeled Donald Trump by vowing to ‘make Britain the greatest place on Earth’ today – amid claims he is already drawing up a Cabinet for when he becomes PM.

The Tory front runner echoed the US president’s ‘make America great again’ slogan as he insisted the country only needs ‘self-belief’ to get a good Brexit deal.

With some party members already having received their postal ballot papers, Mr Johnson told the Telegraph he was ‘fighting for every vote’.

However, he is believed to have held a series of meeting with potential ministers in his top team, including long-term rival Michael Gove and Sajid Javid.

Sources close to rival Jeremy Hunt accused Mr Johnson of ‘measuring the curtains’ for No10. ‘This is yet more evidence of a complacent campaign that members increasingly feel is taking them for granted,’ the source said. 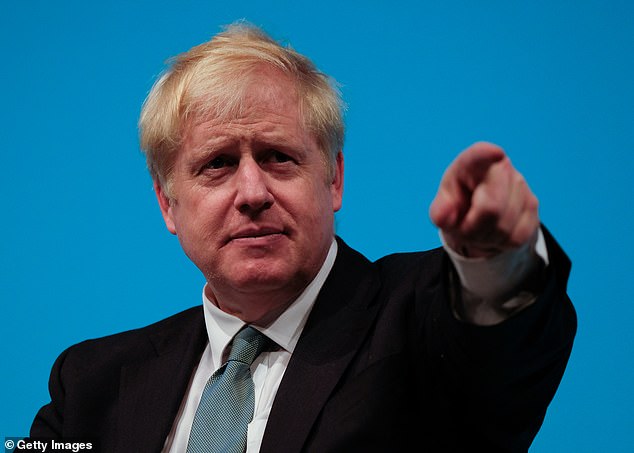 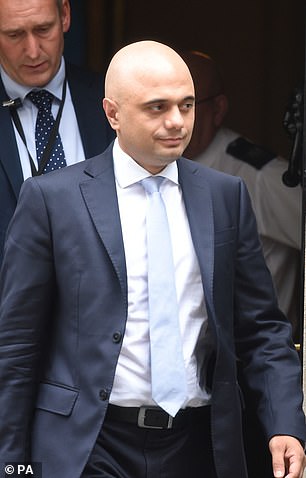 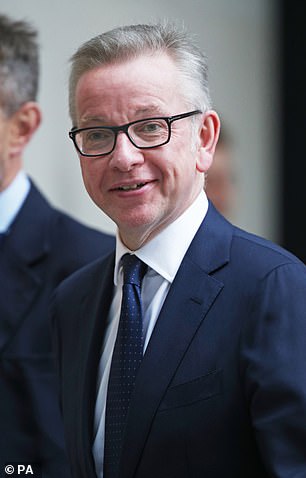 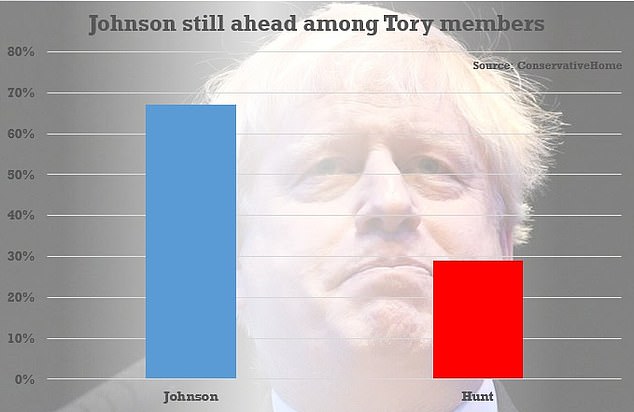 The battle for the keys to Downing Street is heating up with less than three weeks to go until the new PM is named.

Mr Johnson is the clear favourite over Foreign Secretary Mr Hunt, having promised that he will ensure the UK leaves the EU at the end of October ‘come what may’.

A survey by the ConservativeHome grass-roots website today found 67 per cent are voting for Mr Johnson – with just 27 per cent for Mr Hunt.

‘The greatest place to send your kids to school, the greatest place to breathe clean air, to start a business, the place where you’ll find the most exciting tech scene, the most exciting academic culture, the most cutting-edge businesses of all kinds, but also a place where we improve the environment, we improve quality of life for everybody, because we’re uniting the country and bringing it together, that’s what I want to do.

However, Mr Johnson insisted he was ‘taking nothing for granted’.

‘It’s time to drive for the line, keeping the ball at the back of the scrum. I’m fighting for every vote and campaigning flat out and will be from now until the end,’ he said.

In a potential setback for Mr Johnson today, there are reports Downing Street attempted to withhold sensitive intelligence from him when he became foreign secretary in 2016.

He is said to have been aware of the decision at the time and ‘very unhappy’ about it.

But sources close to Mr Johnson said there was no row about being denied access and that he saw everything he should have seen as foreign secretary.

Mr Hunt, the current Foreign Secretary, said that, under his plans, the Government would guarantee no-one would have to sell their home to cover their care costs.

In return for people being incentivised to save for their needs, he said the state would pledge to cap the cost of care. 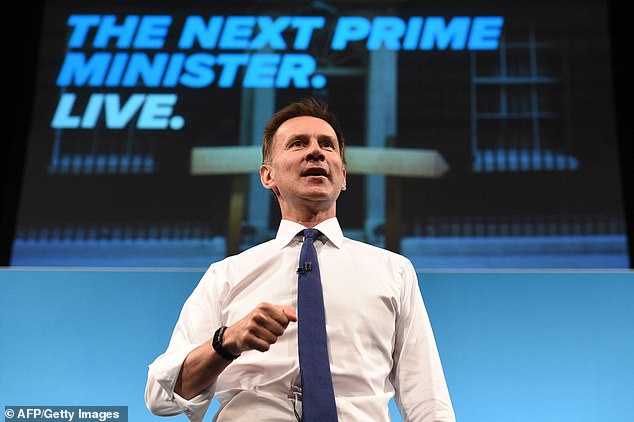 Tax breaks for home adaptations and extensions would be introduced to aid families looking after elderly relatives, and more money would be made available to bring health and social care together under the initiative.

The initiative would see a 10-year funding plan for the social care system, including additional state funding for local councils from the £26 billion ‘headroom’ reserves Chancellor Philip Hammond has set aside.

He said: ‘That’s why guaranteeing older people dignity and respect in their final years is unfinished business for me.

‘If Conservatives stand for anything it has to be dignity and security for our elderly generation as their lives draw to a close.

‘I want to bring health and social care together, and back those unsung heroes caring for their own family members for free.’

Campaigning in Yorkshire last night, Mr Johnson also acknowledged that the issue had to be addressed but has yet to say how he would do so.

Meanwhile, pro-EU Justice Secretary David Gauke warned that Parliament would find a way to prevent Britain leaving the EU in a no-deal Brexit.

Both leadership contenders have said they are prepared to walk away without a deal if they cannot secure a new agreement with Brussels on the terms of Britain’s withdrawal.

However, Mr Gauke told Parliament’s The House magazine: ‘If I was to speculate on it, given that we have an activist Speaker, given that there is a parliamentary majority against no-deal, a way will be found.’

He was backed by former minister Sam Gyimah, who said some Tory MPs would even vote for a no-confidence motion to bring down the Government to prevent no-deal.

‘It is not an option I am considering but I know there are other colleagues who will consider that, who will go that far,’ he told BBC Two’s Newsnight.

‘There will be more than enough of us who will use every legislative means possible to stop no-deal.’

Appearing at a leadership hustings in York, Mr Johnson made clear that he would not brook any dissent from ministers on his commitment to leave the EU by October 31, with or without an agreement.

‘What I wouldn’t accept is people actively dissenting in public from that policy and undermining it,’ he said.

His comments were seen as a thinly veiled swipe at Cabinet ministers like Mr Gauke, Amber Rudd and Greg Clark, who infuriated Brexiteers when they suggested earlier this year that they would be prepared to prevent no-deal.

Double-killer and mastermind of Brinks-Mat £26 million gold heist is to be released from jail
Marriage gets happier over time: Couples argue less and laugh more as the years go by, study finds
Stowaway who survived 4,000 mile flight from Delhi to London in -60C temperatures works at Heathrow
Meet the TOWIE 2019 line-up: First look at the 8 reality stars
Murder suspect, 44, is arrested after 25-year-old woman's body is found near fire station
New Cadbury Dairy Milk hits shelves with 30% less sugar
NHS documentary shows how man who had three heart attacks was brought back to life
Putin critic Alexei Navalny was struck down by an unknown chemical in jail, doctor claims