Jose Mourinho described himself as ‘the luckiest manager in the Premier League’ after a last-gasp goal from substitute Marcus Rashford earned Manchester United a come-from-behind 2-1 win at Bournemouth on Saturday.

United looked completely out of sorts early on and trailed in the 11th minute after the unmarked Callum Wilson converted Junior Stanislas’ cross from close range.

Bournemouth continued to control the game and Anthony Martial‘s equaliser in the 35th came completely against the run of play. 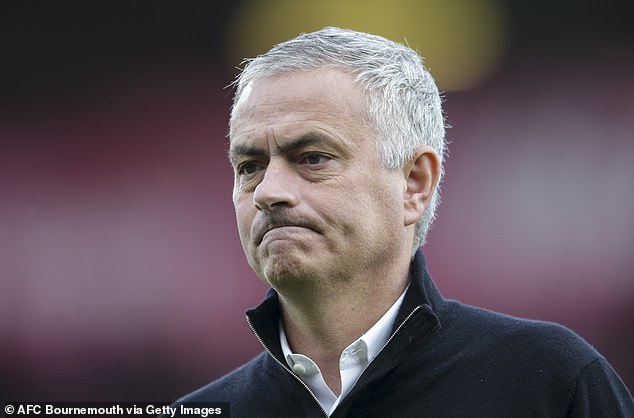 Ashley Young slipped the ball to Alexis Sanchez on the right side of the penalty area and he pulled it back to the in-form Martial, who smashed home his fifth goal in five games.

‘The first half was a disaster. We were really lucky because we were poor, defensively awful,’ Mourinho said. ‘When I say defensively, I don’t just look to my defenders, I look to my team as a team.

‘I felt like people watching this game don’t believe the work we did on the training ground during the week. At half-time I thought I was the luckiest manager in the Premier League because … it should have been 5-2 or 6-2 (to Bournemouth). 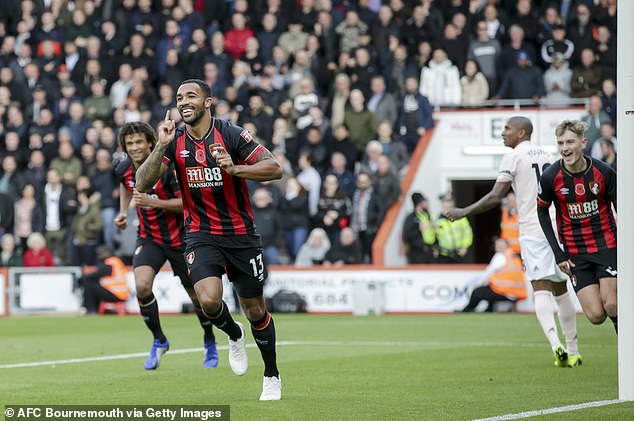 ‘I said to my players (at half-time) it was impossible to play worse than we did and the second half was going to be better for sure.’

Buoyed by what Mourinho called ‘calm’ words at the interval, United were a transformed team in the second period and several times went close to scoring.

Bournemouth had a remarkable double escape in the 65th when Nathan Ake threw his body in the way of a shot from England striker Rashford after Young had hit the woodwork. David Brooks then hacked Paul Pogba’s rebound off the line. 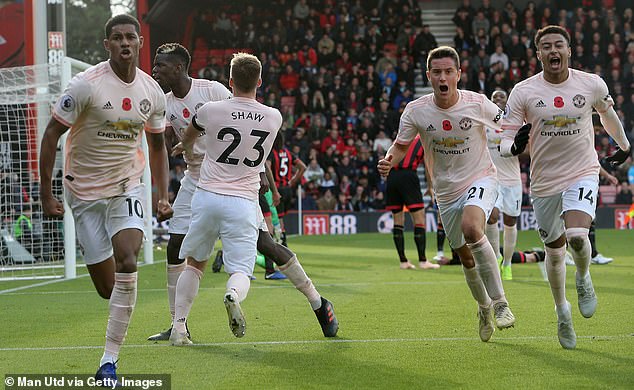 It proved a temporary reprieve, however, as Pogba dashed down the left two minutes into stoppage time before sending over an inviting cross that Rashford chested down before beating Bournemouth goalkeeper Asmir Begovic.

‘The second half was exactly the opposite to the first,’ Mourinho said. ‘We created a lot of chances, we pressed higher, we had much more aggression, intensity and intention.

‘I can’t believe how bad we started. I was not at the warm-up but my assistants were telling me this is the best warm-up of our season, everybody very focused with a great intensity. I love the song “Attack, attack, attack” but you need to know that when you lose the ball you have to have stability.

‘We are not showing we have stability. We were ready for everything, we worked tactically for everything. I really can’t understand the kind of mentality that brings me more white hair.’