Revenge takes many forms. By handing her hero – the convicted woman-basher and cricketing legend Geoffrey Boycott – a knighthood, Theresa May has managed to alienate even more people in the UK than she did over her bungled Brexit negotiations.

The woman who introduced a Domestic Violence bill into the house of Commons (currently in limbo because Parliament has been suspended) has used her resignation Honours list to settle scores on all sides, dishing out 57 gongs mostly to advisors who were merely doing their jobs (some would say extremely poorly) but none is more audacious and outrageous than the ennobling of Mr Boycott, a divisive figure even within the game which has ruled his entire life.

May’s name now stands for bloody singlemindedness, an inability to listen to expert advice, a blind refusal to compromise and – the final icing on the cake – an astonishing lack of empathy.

Who does that remind you of? Step forward Geoffrey Boycott, the former England cricketing star – the captain who was never a team player, always proudly asserting his divine right to do things his way and listen to no-one else. (Exactly like Mrs May). 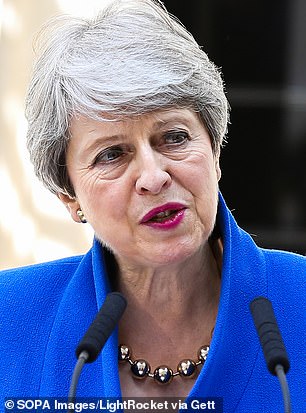 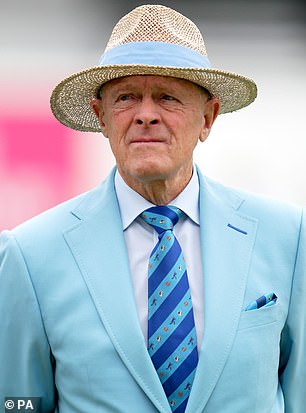 By handing her hero – the convicted woman-basher and cricketing legend Geoffrey Boycott (right) – a knighthood, Theresa May (left) has managed to alienate even more people in the UK than she did over her bungled Brexit negotiations

A man who is regarded as a god amongst white males of a certain age and disposition, men for whom women are attractive appendages who they are very willing to assist opening car doors, tell what wine to have with dinner, and then bonk and leave first thing in the morning.

Yes, Neanderthal man still lives on – especially in the North of England. Go into many rural pubs there and blokes still patronisingly call women ‘love’ and expect you to get dressed up to stand in a draughty bar and sip a ladylike drink while they pontificate at full volume about their car, traffic jams and the cricket and rugby scores.

In the age of #MeToo, men like Boycott should be looking and listening, learning the new way of behaving in modern society, not telling female interviewers on the Today programme they ‘couldn’t give a toss’ when asked about their past. Geoffrey Boycott wasn’t just ACCUSED of bashing his former lover 25 years ago, two French courts found him GUILTY, imposed a three month suspended prison sentence and a £5,000 fine.

The fact that in his head a different set of events took place doesn’t really matter. Many men accused of violent crimes don’t believe they really were responsible, that someone else pulled the trigger or drew the knife. This kind if delusion is all too common. Boycott insists his former girlfriend was trying to blackmail him – defaming her as he protests his innocence.

He has paid his dues, but the punishment was risible, and hardly sent a warning to other men who beat their partners. In France, domestic abuse has never been taken seriously by police or the courts. The government only recently decided to instigate a change of attitude after over 100 victims of ‘femicide’ (murder by a partner or family member) were logged so far this year, including a 92 year old woman who was caned to death by her 94 year old husband earlier this month. 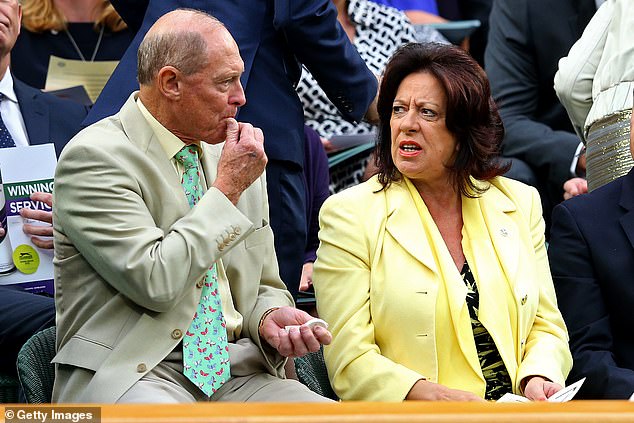 Geoffrey Boycott, (pictured with his wife Rachael in June. She was not involved in the assault in France) wasn’t just ACCUSED of bashing his former lover 25 years ago, two French courts found him GUILTY, imposed a three month suspended prison sentence and a £5,000 fine

President Macron has allocated £4.5million to fund 1,000 more places in shelters for abuse victims, re-launched a national hotline (which subsequently received five times as many calls) and instigated a check on 400 police stations to monitor how they are dealing with allegations. Perpetrators are to be tagged and children no longer allowed to visit abusive parents.

It has taken France a long time to recognise the domestic abuse scandal it has ignored for decades. But Geoffrey Boycott continues to believe that the courts who convicted him were wrong. He says he did not hit his former lover 20 times in the face, and that they simply had a drunken disagreement and both fell onto a marble floor.

Whatever really happened that night at the Hotel Du Cap in Antibes in October 1996, Mr Boycott clearly feels the wronged party. The BBC has decided his reputation as a cricketer means his past can be airbrushed into respectability and he’s been welcomed into their team of highly paid sports commentators.

They may argue he has paid his fine, so let’s move on – but how do they justify his racist comments? Boycott was furious he was only awarded an MBE after playing 100 test matches and scoring 8,000 runs, and said ‘I’m going to get my award and tie it around my cat’. After West Indian players received honours in 2017, he said gongs were being dished out ‘like confetti’ and added ‘I’d better black my face’. Hardly petty jealousy, more like pig-headed racism.

Theresa May has said she admires Geoffrey Boycottt because ‘he stuck to it and he got runs in the end’. The woman who came to be known as the Maybot certainly stuck to the same song sheet, endlessly repeating her mantra about ‘strong and stable’, ending with ‘people want us to get on with it’.

That’s the problem in a nutshell. Sadly for Theresa, Brexit was never like a cricket match. She didn’t have to stand at the stumps accepting the punishment week in and week out. She was asked to bat for Britain but she stuck with the wrong role model and ended up disgruntled, miserable, a loser. Both she and Geoffrey Boycott has represent everything about Britain that we should be trying to forget.

Mrs May, your legacy is now truly toxic.