Kanye West has deep regrets about supporting Donald Trump — so much so he dissolved into tears — but Michelle Obama was quick to comfort him with a big hug … at least those are the images Childish Gambino telegraphed in his new, animated music video.

The vid was produced for C.G.’s song, “Feels Like Summer,” and it’s pretty great.  Drake is chasing after Future as he rides away on a bike.  And then there’s Nicki Minaj, who famously has beef with Travis Scott because he topped her on the Billboard charts.  Nicki and Travis make peace by playing with blocks. 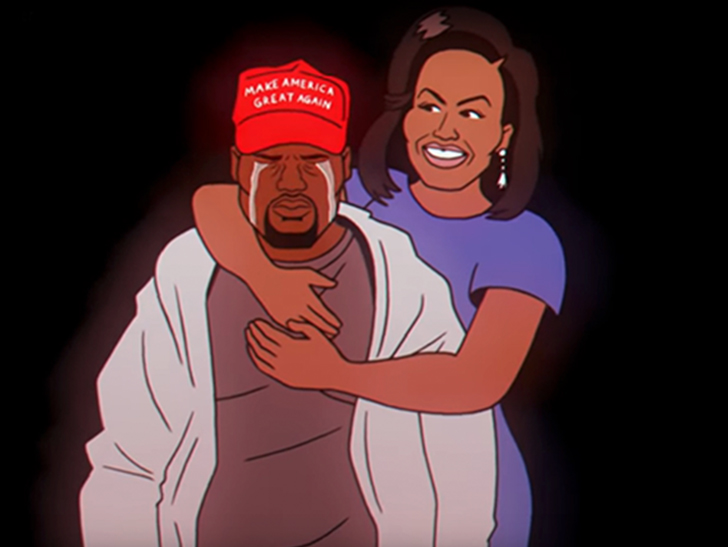 But the highlight is clearly Kanye, wearing his MAGA hat as he breaks down.  It’s unclear if Childish Gambino is suggesting Yeezy has remorse over his support for Trump, but that’s the way it seems.  And Michelle’s hug-from-behind is awesome!

Kanye went on the WGCI Morning Show this past week to explain his comment on TMZ Live, that “slavery sounds like a choice,” clarifying that he meant it would have been a choice for him.  A lot of people on social media weren’t buying what he was selling.