WASHINGTON (AP) – Supreme Court nominee Brett Kavanaugh on Friday denied an allegation of sexual misconduct from when he was in high school, seeking to defuse a potential threat to his confirmation as a handful of key senators remained silent on whether they would vote for him.

In a statement released by the White House, Kavanaugh said: “I categorically and unequivocally deny this allegation. I did not do this back in high school or at any time.”

Senate Republicans insist Kavanaugh’s confirmation remains on track. But the allegation has inflamed an already intense political battle over President Donald Trump’s nominee. It also pushes the #MeToo movement into the court fight, less than two months before congressional elections that have seen a surge of female Democratic candidates. 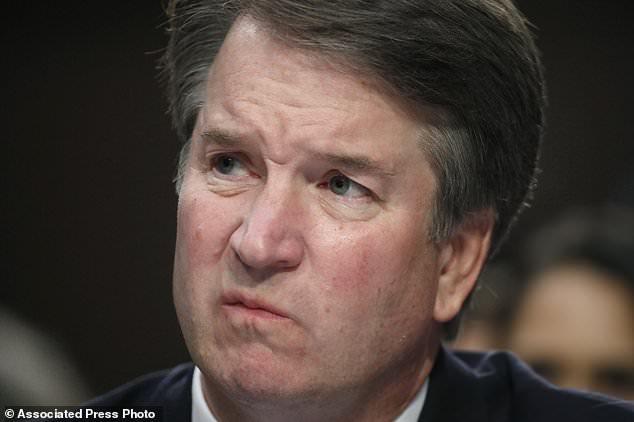 In this Sept. 6, 2018 photo, Supreme Court nominee Brett Kavanaugh testifies before the Senate Judiciary Committee on Capitol Hill in Washington. Kavanaugh is denying a sexual misconduct allegation from when he was in high school. In a statement issued Friday, Kavanaugh says the following: “I categorically and unequivocally deny this allegation. I did not do this back in high school or at any time.” The New Yorker reported the alleged incident took place at a party when Kavanaugh was attending Georgetown Preparatory School. (AP Photo/Alex Brandon)

The New Yorker magazine reported that the alleged incident took place at a party when Kavanaugh, now 53, was attending Georgetown Preparatory School. The woman making the allegation attended a nearby school.

The magazine says the woman sent a letter about the allegation to Democrats. A Democratic aide and another person familiar with the letter confirmed Friday to The Associated Press that the allegation is sexual in nature. Two other people familiar with the matter confirmed it concerned an incident alleged to have occurred in high school. They were not authorized to speak publicly and spoke on condition of anonymity.

The AP has not confirmed the details of the incident alleged in The New Yorker’s account.

Rallying to Kavanaugh’s defense, 65 women who knew him in high school issued a letter saying Kavanaugh has “always treated women with decency and respect.” The letter was circulated by Republicans on the Senate Judiciary Committee.

The show of support for Kavanaugh was organized by his former law clerks. Three women reached by AP said they were first asked to sign the letter on Thursday.

The swift pushback comes after the Senate Judiciary Committee’s top Democrat, Dianne Feinstein of California, notified federal investigators about information she received about the nominee.

Feinstein won’t disclose the information publicly, but the FBI confirmed it has included it in Kavanaugh’s background file at the committee, now available confidentially to all senators.

Kavanaugh’s nomination has divided the Senate and the new information complicates the process, especially as key Republican senators, including Susan Collins of Maine and Lisa Murkowski of Alaska, are under enormous pressure from outside groups seeking to sway their votes on grounds that a Justice Kavanaugh might vote to undercut the Roe v. Wade ruling. One activist group favoring abortion choice, NARAL, called on Kavanaugh to withdraw from consideration.

The Judiciary Committee, which has finished confirmation hearings for Kavanagh, still plans to vote next Thursday on whether to recommend that he be confirmed by the full Senate, a spokesman said.

Collins held an hour-long phone call with Kavanaugh on Friday, her spokeswoman confirmed. It had been a previously scheduled follow-up to an initial visit that Kavanaugh made to her office in August. It was not immediately clear if they discussed the new information.

If Collins or Murkowski should vote for Kavanaugh, he is likely to be confirmed. Every other Republican in the Senate is expected to vote yes – and some Democrats from Trump-won states may join them – though it remains to be seen if the misconduct allegation will cost him any support.

Feinstein said in a statement Thursday that she “received information from an individual concerning the nomination.” She said the person “strongly requested confidentiality, declined to come forward or press the matter further, and I have honored that decision.”

The FBI confirmed that it received the information Wednesday evening and included it in Kavanaugh’s background file, which is maintained as part of his nomination. The agency said that is its standard process.

Feinstein’s statement that she had “referred the matter to federal investigative authorities” jolted Capitol Hill and threatened to disrupt what had been a steady path toward confirmation for Kavanaugh by Republicans eager to see the conservative judge on the court.

Feinstein, who is up for re-election this year, has held the letter close. Democratic senators on the panel met privately Wednesday evening and discussed the information, according to Senate aides who were not authorized to discuss the situation publicly and spoke on condition of anonymity.

Some senators, including the No. 2 Democrat, Dick Durbin of Illinois, learned about the information for the first time at the meeting, according to one of the aides.

A spokeswoman for Rep. Anna Eshoo, D-Calif., declined to confirm reports that the congresswoman had forwarded a letter containing the allegations to Feinstein. The spokeswoman said the office has a confidentiality policy regarding casework for constituents.

A White House spokeswoman, Kerri Kupec, said the FBI has vetted Kavanaugh “thoroughly and repeatedly” during his career in government and the judiciary.

She said Kavanaugh has had 65 meetings with senators – including with Feinstein – has sat through over 30 hours of testimony and publicly addressed more than 2,000 questions. “Not until the eve of his confirmation has Sen. Feinstein or anyone raised the specter of new ‘information’ about him,” she said.

Sen. John Cornyn of Texas, the second-ranking Republican and a member of the committee, was also skeptical.

“Let me get this straight: this is statement about secret letter regarding a secret matter and an unidentified person. Right,” he tweeted.

Chairman Chuck Grassley, R-Iowa, was unaware of the information until it was made public, according to a GOP committee aide. Kavanaugh has undergone six federal background checks over his time in government, including one for the nomination, the aide said. 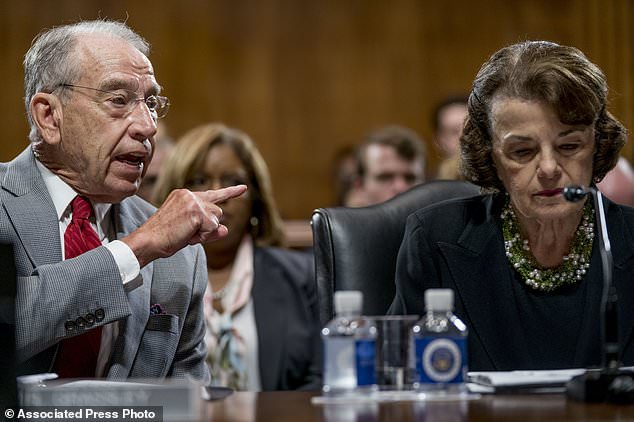 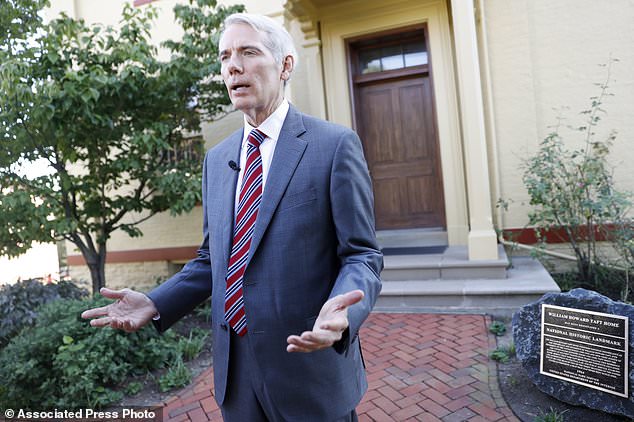 Sen. Rob Portman, R-Ohio, is interviewed outside the William Howard Taft National Historic Site, Friday, Sept. 14, 2018, in Cincinnati. Portman, who’s been a strong advocate for Supreme nominee Brett Kavanaugh, remains confident he will be confirmed after a “way too partisan” battle in Washington. (AP Photo/John Minchillo)

Pity the parents forking out for the grottiest Christmas grottos in Britain
Priyanka Chopra and Nick Jonas swamped by security as they arrive in Jodhpur for their wedding
'Burn-out' is officially recognized as a disease by the World Health Organization
Kate and William to throw Christmas party for children of military personnel
Singer Anca Pop dies after her car plunges into the Danube River in Romania
Amanda Holden is rushed into emergency surgery on family holiday as she breaks her leg in two places
I taught Trump how to tweet recalls ex-Trump social media manager
GUY ADAMS: Jonathan Agnew's foul-mouthed Twitter tirade