‘Doors to automatic and cross-check’ is a familiar phrase for frequent flyers on commercial aircraft.

Very different to the experience 100 years ago this year when the first scheduled international passenger service between London and Paris took to the skies.

The airline operating the route back then was Aircraft Transport and Travel Limited, which later became the nationalised BOAC, a livery that dominated the skies above the UK for the best part of 35 years.

But, the British Overseas Airways Corporation – which flew wide-eyed Brits crossing the Atlantic for the first time or to Spain on a family holiday in the sun – eventually made way for BA – and the rest, as they say, is history.

But tomorrow, in honour of BA’s iconic predecessor and to mark the centenary of the first international passenger flight, a 747 painted in BOAC colours will take to the skies again destined for New York in a retro nod to the golden era of flying. 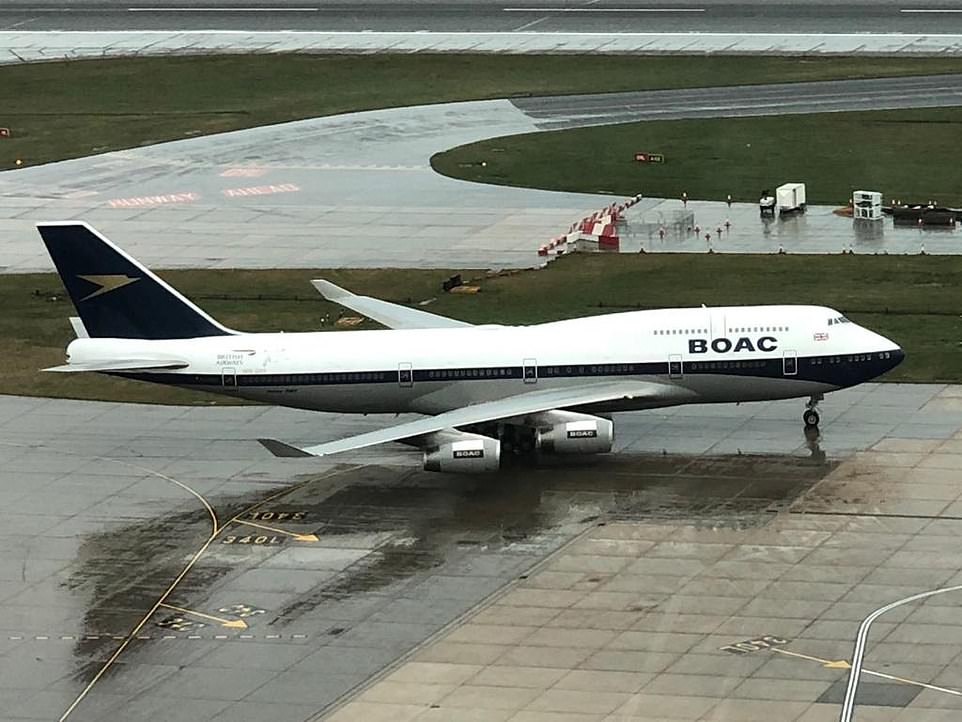 A BOAC-liveried Boeing 747, registration number G-BYGC, has arrived at Heathrow from the paint factory in Dublin this morning and will enter the airline’s flying schedule, heading first to New York 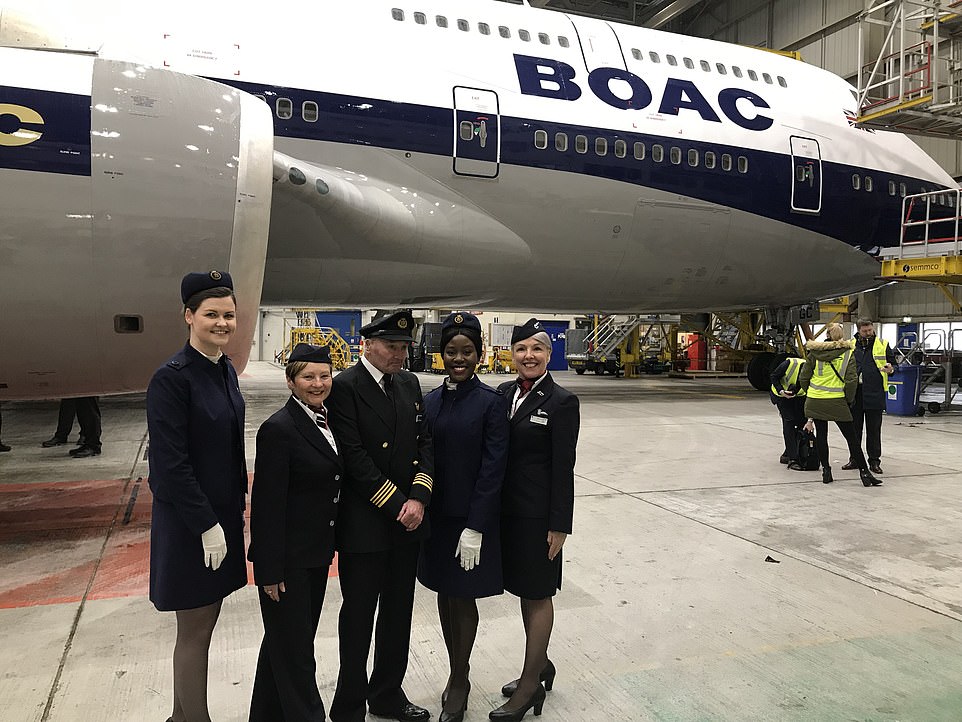 The flag carrier has changed its livery several times since then including the ill-fated ‘Air Zulu’ tails so hated by PM Margaret Thatcher that she covered a model of one with her handkerchief at the 1997 Tory Party conference.

There was of course the much better received Red Nose Day aircraft with its signature Rudolph nose cone or the universally loved 2016 Olympic jet which brought victorious athletes home from Rio while proudly sporting a gold conk.

Now, to mark the centenary of the first international passenger flight, British Airways has decided to revisit its livery again. The airline is going all retro and returning to the BOAC colours on a series of its aircraft.

The first one, a 747, was given her make-over at BA’s paint bay at Dublin Airport over the weekend and will remain in service until 2023. 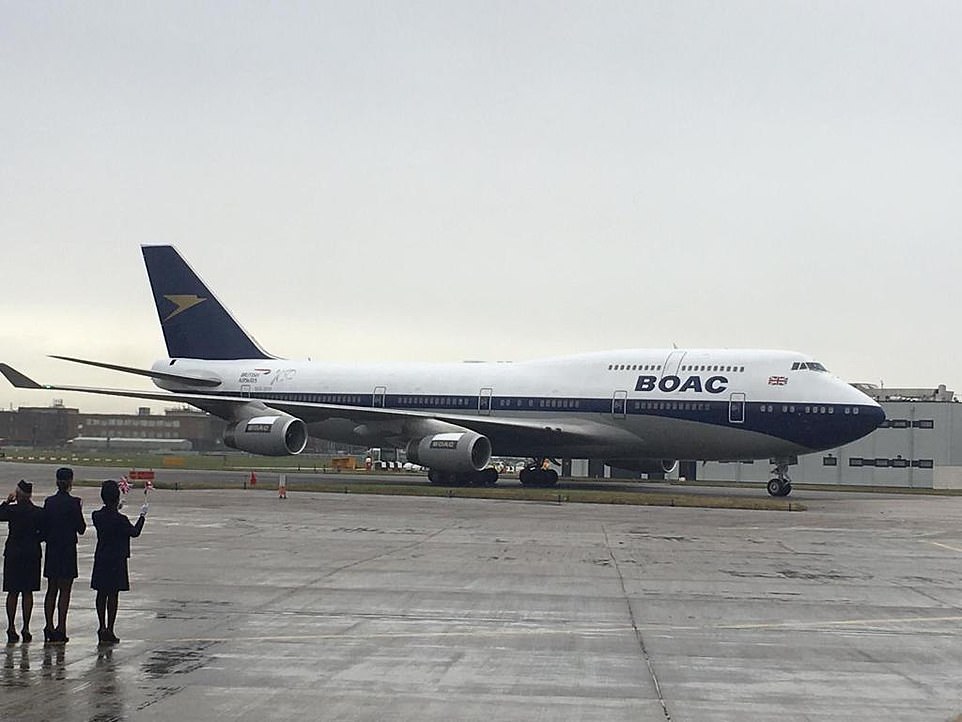 The aircraft entered the IAC paint bay at Dublin Airport on February 5 where it was stripped of its current British Airways Chatham Dockyard design before being repainted with the BOAC livery which adorned the BOAC fleet between 1964 and 1974. It’s pictured here at Heathrow 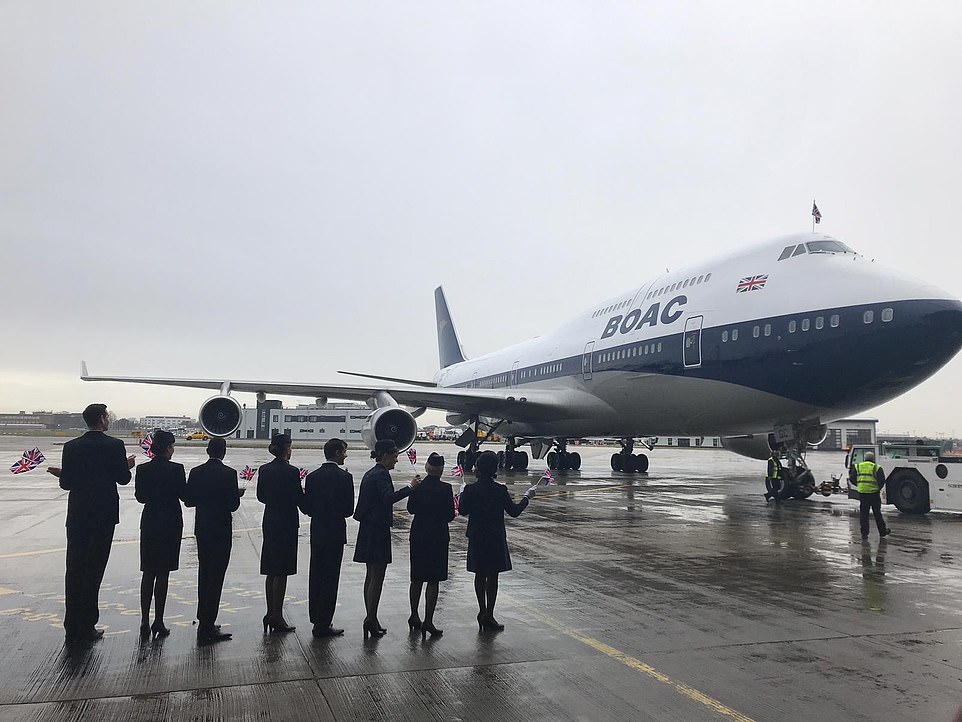 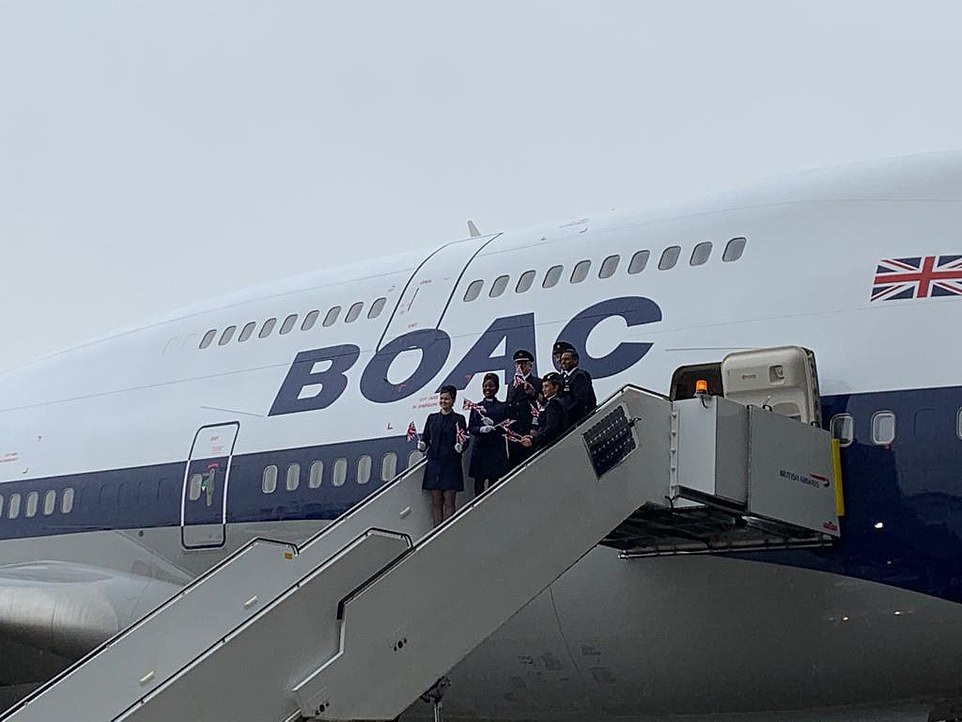 The newly painted aircraft’s next flight will be tomorrow, Tuesday February 19, when it departs for New York JFK operating as flight BA117. This flight is particularly significant as it was the first route the B747 flew in BOAC colours 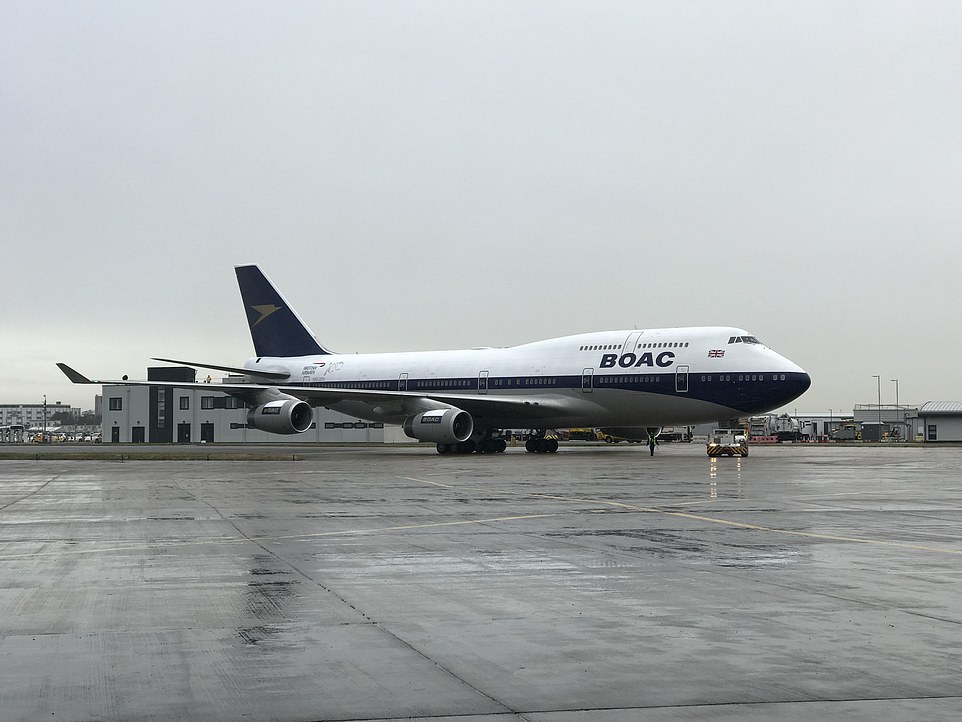 The aircraft can be tracked during its New York flight using Flight Radar, which will feature a special image of the livery 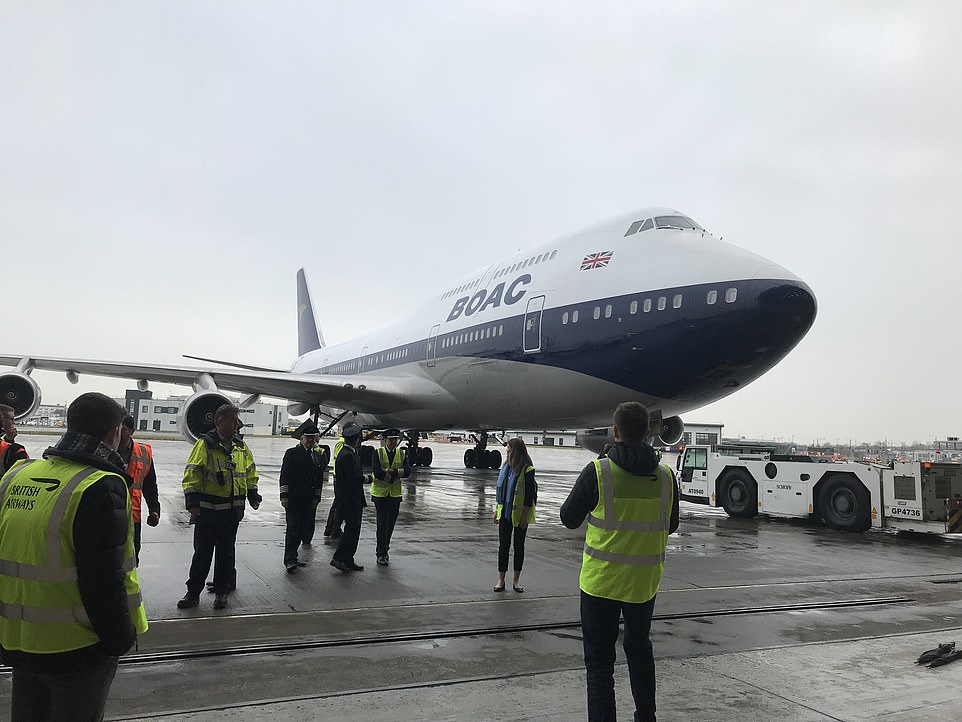 It was plane-spotter AVGeek heaven at Heathrow this morning ahead of the first commercial flight to New York tomorrow tomorrow morning – and the route the first B747 flew in BOAC colours.

Flight Radar, which will have special imagery of the livery. Every passenger will be given a limited-edition card in their seat back, charting the airline’s history.

And the airline is also going back to the future inside the cockpit, too.

It’s almost 90 years since Amy Johnson flew solo from London to Darwin, Australia, but despite her epic achievement the percentage of women on the flightdeck still lags considerably behind men.

British Airways First Officer, Amie Kirkham, said: ‘I love that through my role I am able to inspire girls and show them that they can absolutely pursue a career in aviation. When I was growing up I didn’t see any female pilots in real life or in the media, but we know that visible role models are so important in changing the perception that this is a man’s world – it’s most certainly a woman’s, too.’ 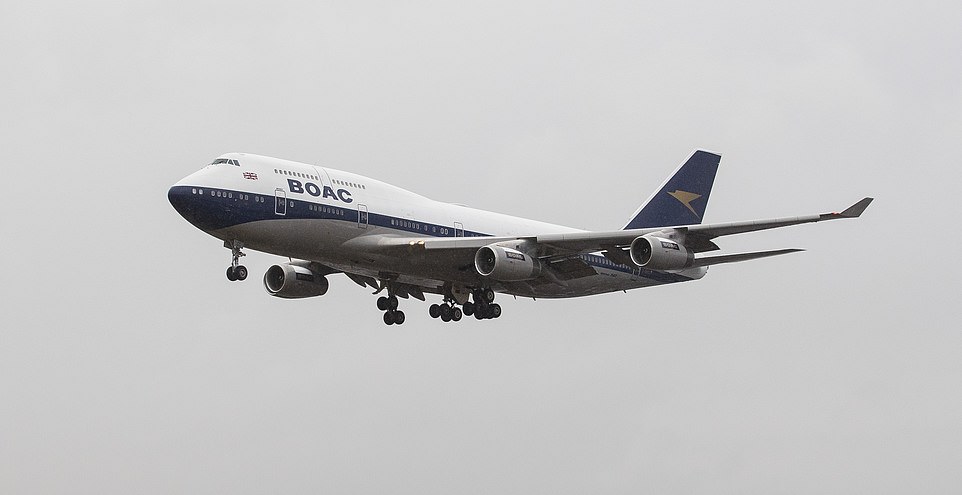 Queen of the skies: The newly painted jumbo on approach to Heathrow this morning British Airways will have retired the majority of its 747 fleet by 2023, replacing them with new state-of-the-art long-haul aircraft. This includes taking delivery of 18 A350s and 12 Boeing 787 Dreamliners in the next four years 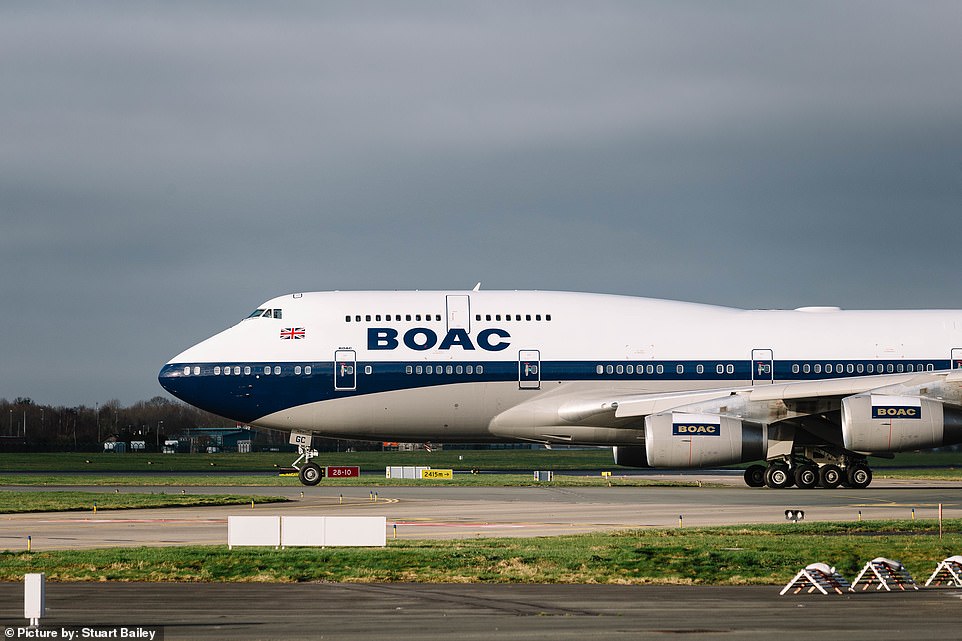 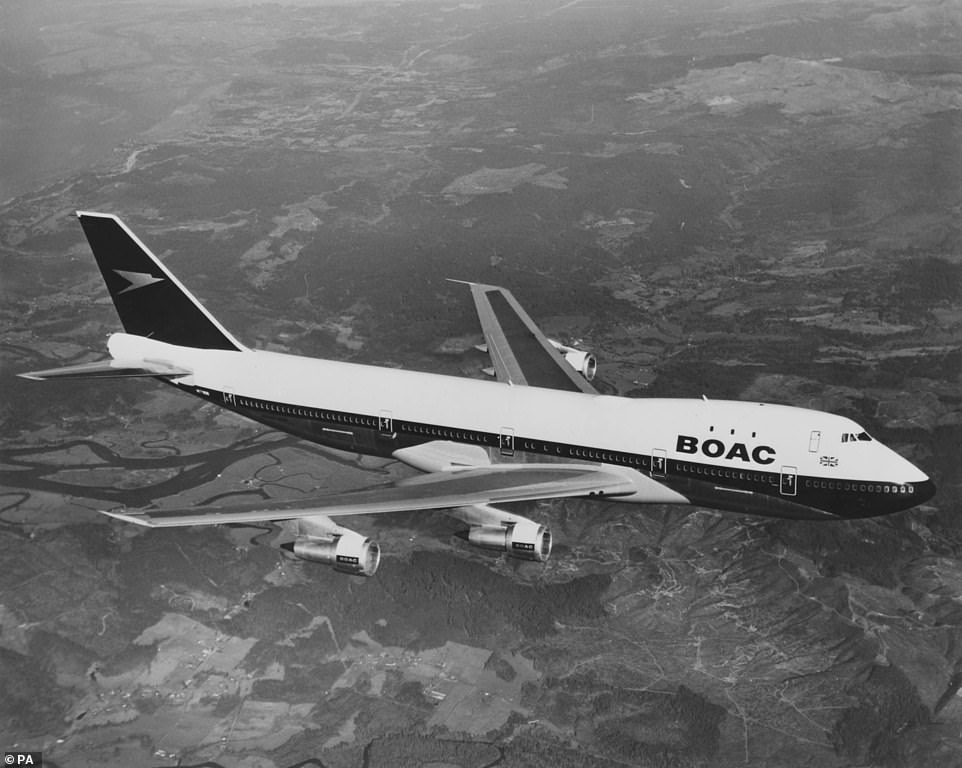 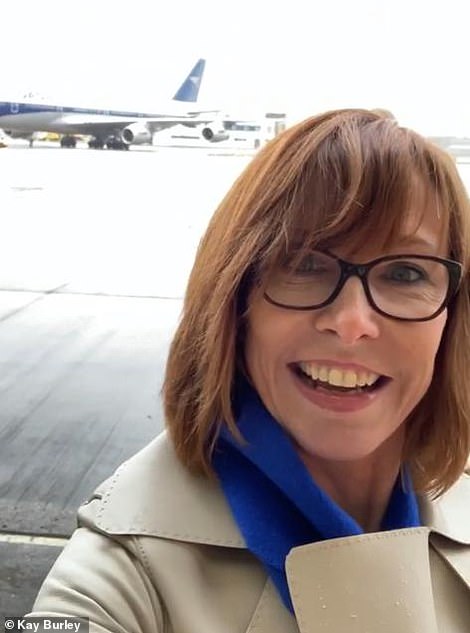 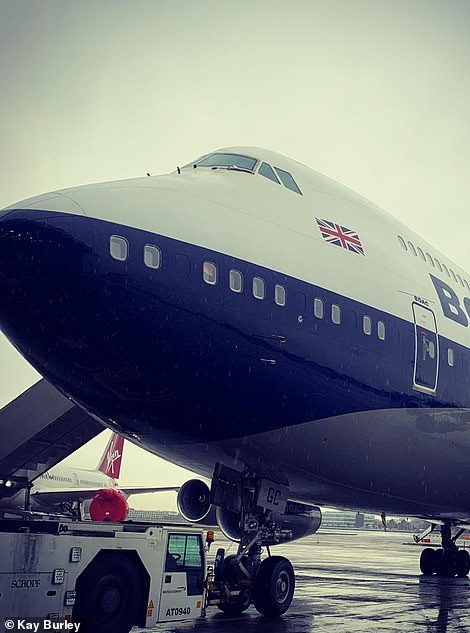 Sky TV anchor Kay Burley was at Heathrow this morning to see the plane for herself (left). Pictured right is her close-up snap of the aircraft

Streaker advertising x-rated website hauled back by stewards
Disinherited daughter faces losing her £260,000 home after court defeat over her father's will
Coldest Macy's Thanksgiving parade EVER gets underway in NYC
Truck driver arrested after 39 found dead in refrigerated lorry
Location of new coronavirus cases will still be revealed after Government u-turn
College football fans scream in shock as a bald eagle goes ROGUE at Cotton Bowl and lands on men
Archbishop of Canterbury Justin Welby calls for country to forget 'tribalism' of politics
Jeff Bezos bares his chest as he boards yacht with girlfriend Lauren Sanchez