Keir Starmer launched a furious attack on Boris Johnson for ‘winging it’ over the lockdown easing today, saying he will personally be to blame if coronavirus deaths spike again.

The Labour leader ramped up the pressure on the PM over the decision to loosen restrictions, jibing that he had ‘an exit but not a strategy’.

Sir Keir said Mr Johnson appeared to have brought forward the relaxation to take attention away from the bitter row over whether his chief aide Dominic Cummings broke lockdown rules with a 260-mile trip to Durham.

Teeing up a potentially explosive confrontation at PMQs later, Sir Keir wrote in the Guardian that the premier must ‘get a grip’ and win back the trust of the public.

The gloves came off after scientists voiced alarm that the loosening the draconian curbs might trigger a second wave of the deadly disease. From this week up to six people from different households are allowed to meet in public places or gardens, while schools and shops are starting to reopen,

Ministers have insisted that the new contact tracing regime can help control flare ups, and warned that areas could face reimposition of tough measures.

But there are reports that under half of those who were in contact with people who tested positive were contacted in the first days of the system.

The UK coronavirus death toll could well reach 50,000 today, having passed 49,800 on yesterday. 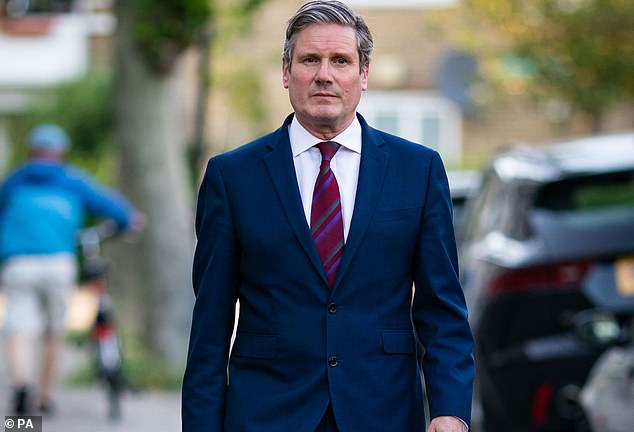 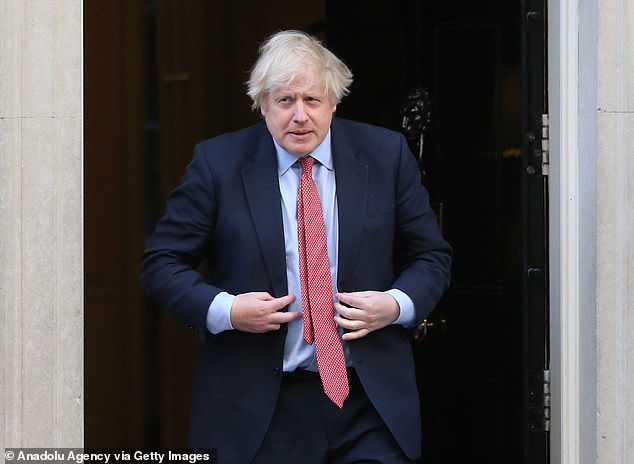 Meanwhile, new quarantine restrictions on travellers arriving in the UK will be set out by Home Secretary Priti Patel, including requiring the majority of visitors to Britain to self-isolate for 14 days.

Sir Keir said Mr Johnson ‘has got to get a grip’ and expressed concerns that the Government is now ‘winging it’.

In an interview with The Guardian, he said: ‘I am putting the Prime Minister on notice that he has got to get a grip and restore public confidence in the Government’s handling of the epidemic.

‘If we see a sharp rise in the R rate, the infection rate, or a swathe of local lockdowns, responsibility for that falls squarely at the door of No 10.

‘We all know the public have made huge sacrifices. This mismanagement of the last few weeks is the responsibility of the Government.’

Sir Keir added: ‘My (worry) is that after a week or more of mismanagement, I’m deeply concerned the Government has made a difficult situation 10 times worse. There is a growing concern the government is now winging it.

‘At precisely the time when there should have been maximum trust in the Government, confidence has collapsed.’

The quarantine rules to be published on Wednesday include powers to refuse entry to foreign travellers who disobey UK authorities.

The plans – which come into force on June 8 – will see people arriving in the UK told to isolate for 14 days to prevent coronavirus cases being introduced from overseas.

A breach of self-isolation in England would be punishable with a £1,000 fixed penalty notice or potential prosecution and unlimited fine, while devolved administrations will set out their own enforcement action

The Home Office said removal from the country would be considered ‘as a last resort’ for foreign nationals who refuse to comply with the order to stay at a single residence. 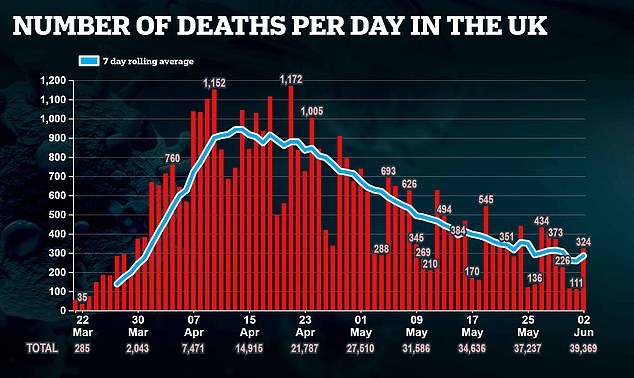 The quarantine plan has been condemned by businesses in the travel sector and there have been calls from senior Tories for the plan to be scrapped in favour of the so-called air bridge solution.

The Prime Minister’s official spokesman confirmed yesterday that the Government is still looking at the prospect of air bridges between the UK and other countries, creating specific exemptions from the quarantine rules.

Writing in the Daily Telegraph, Ms Patel said: ‘We will all suffer if we get this wrong and that is why it is crucial that we introduce these measures now.

‘Let’s not throw away our progress in tackling this deadly virus. We owe it to the thousands who have died.’

The measures will be kept under review – with the first on June 29 – and Transport Secretary Grant Shapps said there was hope that people could go on holiday later in the summer.

He said: ‘We are working with the transport industry to see how we can introduce agreements with other countries when safe to do so, so we can go abroad and tourists can come here.’

Meanwhile a YouGov poll of 1,565 people found that 63 per cent were in favour of the quarantine plan for travellers arriving in the UK.

Knittingdale hospital!
Nigel Farage demands the Tories STAND ASIDE and give the Brexit Party a free run in Labour seats
Jim Carrey is dating Kidding co-star Ginger Gonzaga as couple make their red carpet debut
Prince William back to work at investiture ceremony amid crisis
Boris Johnson's decision to suspend Parliament sets up dramatic Brexit showdown
Indians' Central clinching stalled with 5-4 loss to Tigers
Inheritance tax should be reformed and made simpler so Brits can give wealth to their children
Winners are announced in the British Kebab Awards (with Jeremy Corbyn at the gala dinner)