THE location of the Malaysian Airlines jet which disappeared in March 2014 may be nowhere near the Indian Ocean but in Kazakhstan, according to the latest bizarre theory.

Flight MH370 was travelling from Kuala Lumpur to Beijing with 239 people on board when it vanished.

Investigators thought the most likely location for the jet was in the Indian Ocean after analysing information from the British satellite telecommunications company Immarsat.

Likely locations for the airliner could be tracked by knowing the distance from the fixed satellite but it would also change depending what direction the plane was flying in after its last known position and at what speed it was travelling at.

If it was flying north then possible locations could stretch as fast as the border between Kazakhstan and Turkmenistan to Thailand.

But if it was flying south possible sites could range from Indonesia to the southern Indian Ocean. 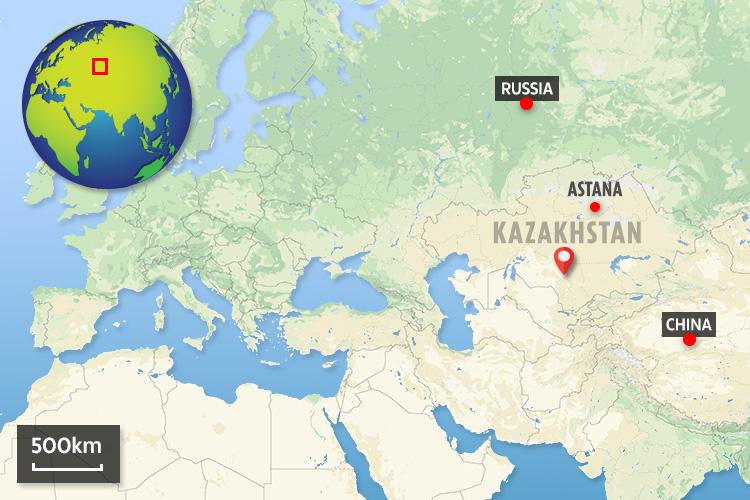 While the authorities believe the Indian Ocean is the most likely site Kazakhstan is also a possibility, the Sunday Express reports.

The author of The Plane That Wasn’t There Jeff Wise said: “If the plane went north, hijackers might have landed in some remote location and the passengers could still be alive.

“If the plane went south, the only destination was a watery grave.

“But of yet there was no clear way to distinguish between the two options.”

However the possibility that the plane flew north seems unlikely as if it had it would have crossed the radar of a number of countries but no one reported detecting its presence in its airspace.

The Malaysian Prime Minister Najib Razak originally asked the Kazakhstan leader Nursultan Nazarbayev to set up a search operation in the country but this quickly got sidelined as the rescue efforts focused on the Indian Ocean.

Malaysia Airlines Flight MH370 took off from Kuala Lumpur and was heading to Beijing with 239 people on board.

Passengers included Chinese calligraphers, a couple on their way home to their young sons after a long-delayed honeymoon and a construction worker who hadn’t been home in a year.

Before that, Malaysian authorities believe the last words heard from the plane, from either the pilot or co-pilot, was “Good night Malaysian three seven zero”.

Satellite “pings” from the aircraft suggest it continued flying for around seven hours when the fuel would have run out.

Experts have calculated the most likely crash site around 1,000 miles west of Perth, Australia.

But a huge search of the seabed failed to find any wreckage – and there are a number of alternative theories as to its fate.

So far debris believed to be from the plane have been found on beaches in Malaysia, Mozambique and Tanzania.

Five pieces, thought to be from the plane, recently washed up in Madagascar.

Aviation expert Victor Iannello believes one fragment, which appears to be from the interior floorboard, is consistent with a “high-speed impact”.

Malaysian and international investigators believe the jet veered thousands of miles off course from its scheduled route before eventually plunging into the Indian Ocean.

More than 30 bits of aircraft debris have been collected from various places around the world but only three wing fragments that washed up along the Indian Ocean coast have been confirmed to be from MH370.

In July, investigators released a 495-page report, saying the plane’s controls were likely deliberately manipulated to take it off course but they were not able to determine who was responsible.