The killing of a 50-year alpha bull elephant in Namibia has caused an uproar in the southern African nation, with conservation and tourism groups accusing the government of authorising the hunt for the animal without proper cause.

The elephant was killed last week in the Omatjete area, 140 miles from the coastal town of Swakopmund, by a government-appointed hunter who paid 120,000 Namibian dollars (£6,750). Authorities had declared it a ‘problem-causing animal’.

The elephant, popularly known as ‘Voortrekker’, the Afrikaans for ‘Pioneer’ was part of the rare Ugab desert-adapted herd. 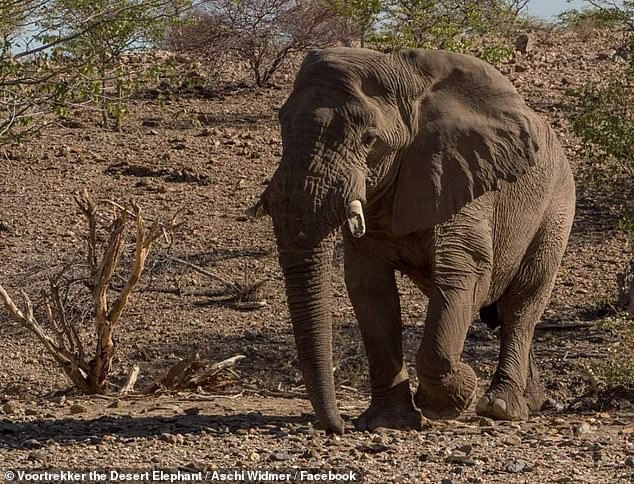 Voortrekker was accused of damaging property and the government took £6,750 from hunters who wanted to kill him 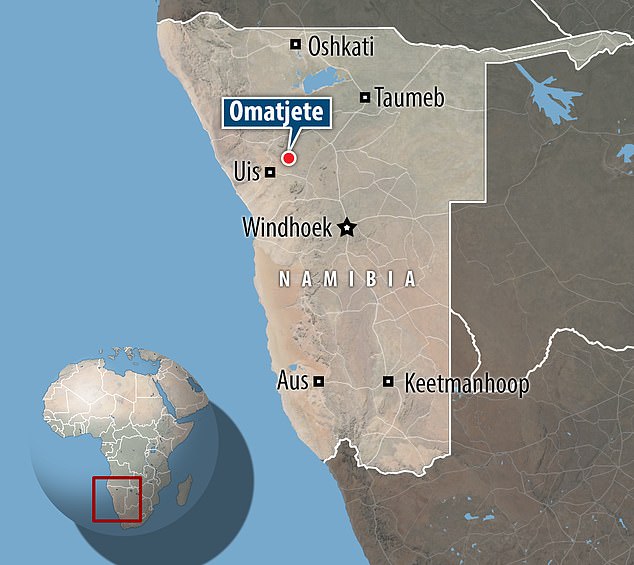 ‘It’s unfortunate that the elephant was put down but we were left with no other alternative after this specific animal continued to cause damages to property in the area,’ Ministry of Environment and Tourism (MET) spokesman Romeo Muyunda told Reuters on Tuesday.

Muyunda said the ministry granted the permit for Voortrekker to be shot because the government was afraid that farmers living in the Omatjete area would carry out their threat to kill elephants that were destroying their properties.

‘It was better for us to do it this way than to ignore it, and allow the community to take the law into their own hands and destroy all the elephants,’ he said. 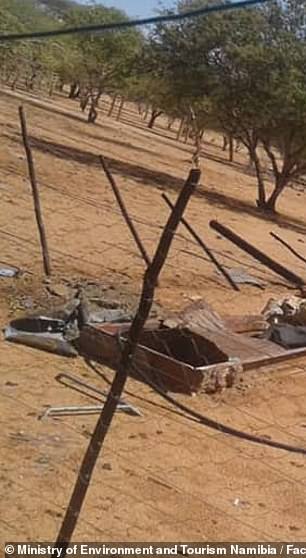 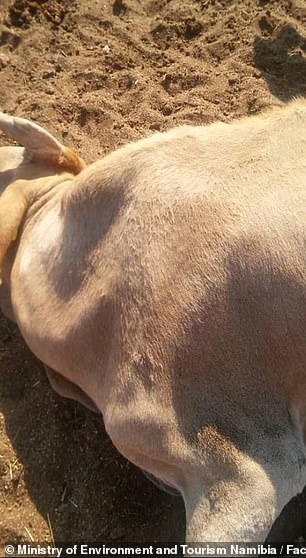 Conservancies near Ohungu Conservancy, where the bull elephant was shot, had objected to the killing of the animal saying that elephants do not cross into communities.

‘We understand that complaints have been received from communities living in the Omatjete area. The Ugab west population of desert elephants do not cross into those communities,’ said the Ugab Concerned Conservancies. 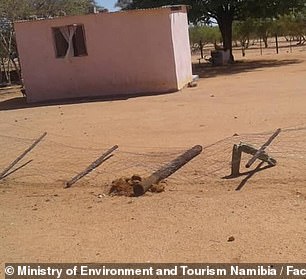 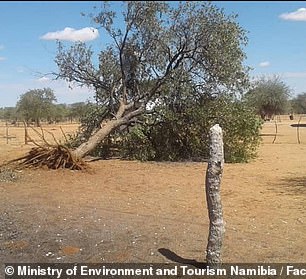 ‘These elephants are our resources, and we object to them being hunted for problems caused by different populations of elephants,’ the group said.

Local media called the elephant an ‘icon’ and said tourists paid a lot of money to see it and other Ugab desert-adapted elephants.

The death of Voortrekker comes four years after Cecil the Lion was killed by an American tourist in Zimbabwe causing international uproar.

Two Syrian suspects released by police after people were evacuated from Berlin Christmas market
Tiger Woods caddies for his son Charlie at junior tournament in Jupiter
John F Kennedy Jr pictured just four days before his fatal plane crash in never-before-seen photo
ROBERT HARDMAN on the remarkable new plan to help some of Britain's most deserving families
Crowds line up to greet Donald and Melania Trump as first couple touches down in India
Alphabet abandons $1billion plan to turn part of Toronto's waterfront into a smart city
Brit at centre of FBI probe into claims he paid dark web hitman £4.5k to murder ex-girlfriend
Cruel moment an Australian fisherman uses a dead SHARK as a bong