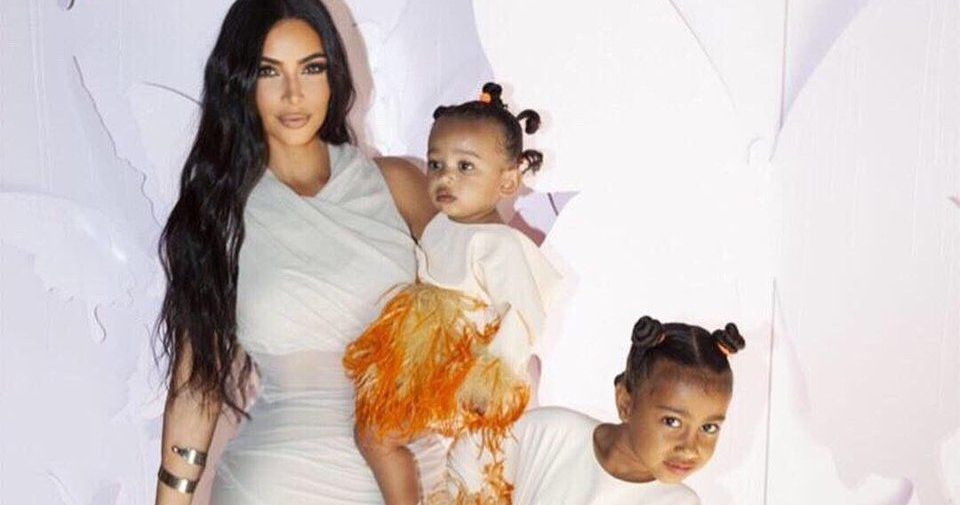 Whether you love or hate them one thing is for sure the Kardashians know how to run a successful business. For example, Khloe runs a successful clothing company called Good American, Kylie is a self-made billionaire thanks to her cosmetics and now skin care line, and Kim’s phone app, fragrances and cosmetic lines sure do keep her busy. No matter what line of business these sisters try out they always seem to conquer them.

Even the younger generation have found ways to showcase their talents. On many occasions Kim has shared videos produced by both North West and her cousin Penelope Disick. As they get older they can use their fanbase and maybe someday turn that into a career.

However, if they want to follow in their mom’s’ footsteps they wouldn’t need to worry. E! News has reported that Kim Kardashian has filed a trademark application for the name Psalm West. Yes, the same baby Psalm West who was born on May 9th, 2019.

On May 17th, little Psalm made his debut on Kim Kardashian’s Twitter page. The post was a screenshot of a text conversation between Kim and husband Kanye West. It read “Beautiful Mother’s Day, with the arrival of our fourth child we are blessed beyond measure. We have everything we need.” The photo was then captioned Psalm West.

After Psalm made his Twitter debut, it was time to get to business. Kim’s team then filed a trademark application a day after his name was announced.

The application covered business ventures such as, hair accessories, calendars, books, magazines, and clothes. It also includes baby products,such as, strollers, diaper bags and, swaddle blankets. Just in case he wanted to create a line for his peers. He could be the next Gucci but for babies.

One thing is for sure, this baby will not be a one hit wonder. With the help of his mom and his famous aunties he will probably excel at whatever business venture he choses to pursue. He’ll always have Kris Jenner cheering him on. You know she will be waiting on the sidelines to collect that 10%.