Knife crime in England and Wales has hit a record high in the last year with around 120 offences involving blades every day.

The shocking figures emerged as a separate report found that less than eight per cent of all crimes reported now end in someone being charged.

For some crimes, such as sexual offences, the percentage which ended up in court was less than four per cent. 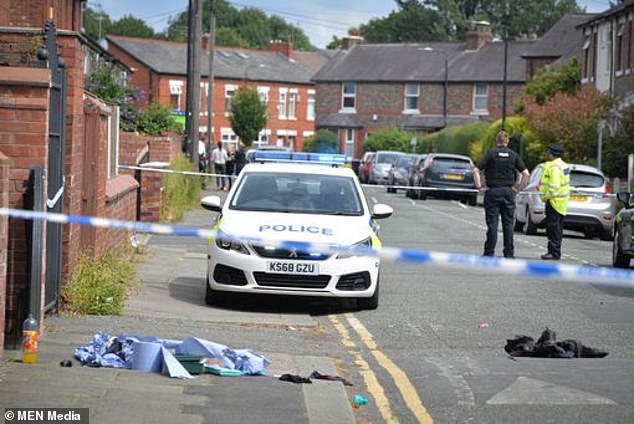 The scene of one of Britain’s latest stabbings in Greater Manchester yesterday. Stats released today show knife crime has risen to a record high 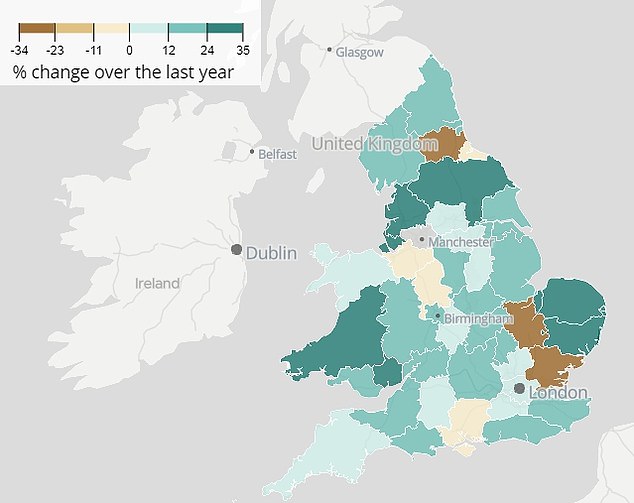 The areas in green saw a rise in knife crime in the past year, brown areas saw a drop

Two reports were released today, crime figures from the Office for National Statistics (ONS) and a ‘Crime Outcomes’ report from the Home Office.

The crime statistics show knife crime rose 8% on the previous year, with 43,516 offences involving knives or sharp objects in the year to March 2019.

The figure is the highest since comparable records began in 2011.

‘Children are not born with knives in their hands, knife crime is a symptom of a much bigger problem.

‘Our frontline support services say vulnerable children and young people are being recruited and exploited by criminal gangs and forced to traffic drugs and carry knives.

‘Urgent action must be taken so that future generations are not condemned to live in an endless spiral of violence.’ 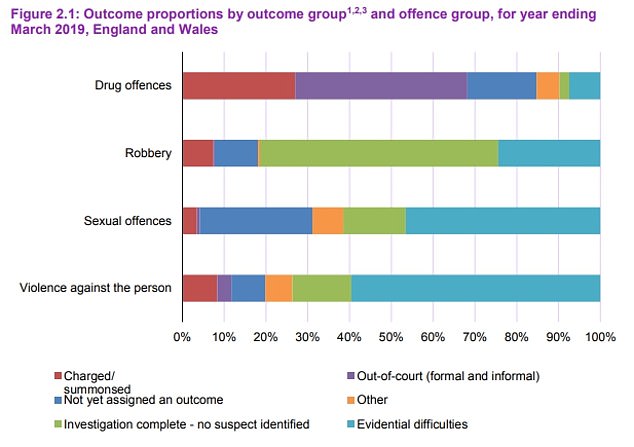 This table shows what happened after a crime was reported. The red section shows the crimes which ended up in someone being charged. For sexual offences less than 5% ended in court

The number of homicides in 2018/19 increased slightly to 701 offences from 693 in the previous 12 months, excluding terror attacks.

However, the number of homicides where a knife or sharp instrument was involved decreased by 9% in the last year, to 260 offences.

Mark Bangs, from the ONS Centre for Crime and Justice, said: ‘The picture of crime is a complex one. Overall levels of crime have remained steady, but this is not the case for all types of crime.

‘For example, overall levels of violence have remained steady but we have seen increases in violent crimes involving knives and sharp instruments.

‘We have seen increases in fraud and overall theft, but decreases in burglary following recent rises.’