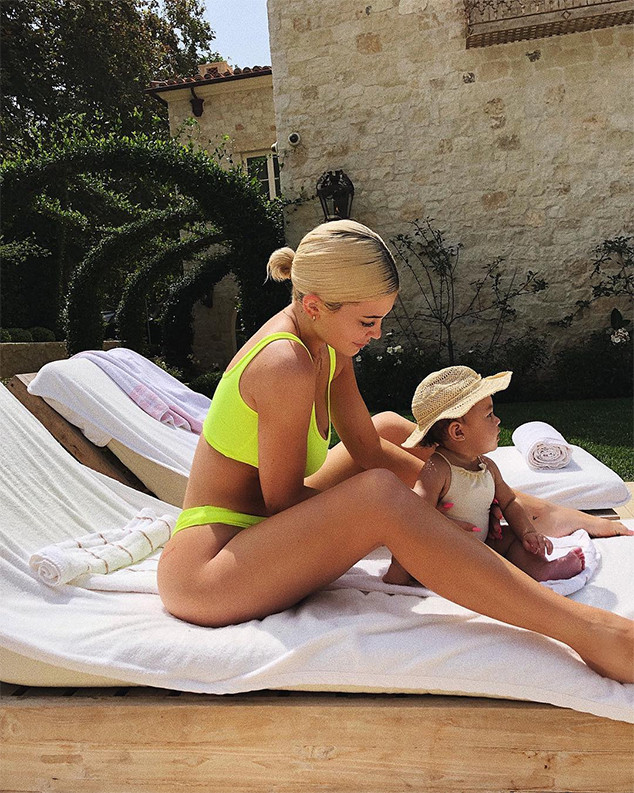 Kylie Jenner is celebrating the last days of summer with her littlest love in style!

The 21-year-old Keeping Up With the Kardashians star posted on her Instagram page on Saturday a photo of her and her and Travis Scott‘s 7-month-old daughter Stormi Webster basking in the sun while sitting together on a lounge chair outside.

In July, Kylie started working out for the first time since giving birth to her daughter, saying on YouTube, “I feel like I have like, fake abs right now. It’s just like, genetics, but I want like, real abs. I know I can have like a super fit body and just for my health, like, I want to do this and I want to feel good.”

Kylie occasionally posts photos of Stormi online, although she stopped for a few weeks in June. Since giving birth, she has been candid about her pregnancy, which she had hidden from the public, and motherhood.

In a recent interview with her sister Kendall Jenner for Vogue Australia, Kylie said she did not think her life itself has changed since becoming a mom, but the way she looks at life has.

“I think more of the future,” she said. “I used to live each day as it came, and now I look at the future more. I actually feel like I love myself more after I had Stormi. And I’m trying to be…I mean, I’m already a positive person, but just having fun, being positive.”

Watch Keeping Up With the Kardashians Sundays at 9/8c only on E!