Labour’s chairman is backing a campaign to abolish all private schools, with party delegates set to consider the policy at their annual conference this month.

Ian Lavery has thrown his weight behind the Labour Against Private Schools movement which wants all fee-paying schools brought into the state sector.

The MP for Wansbeck has called on Jeremy Corbyn to commit to ‘removing these pillars of elitism from our society’.

But private school bosses said today that the policy would ‘rip apart the fabric of education in this country’, warning the taxpayer would have to pick up the extra cost. 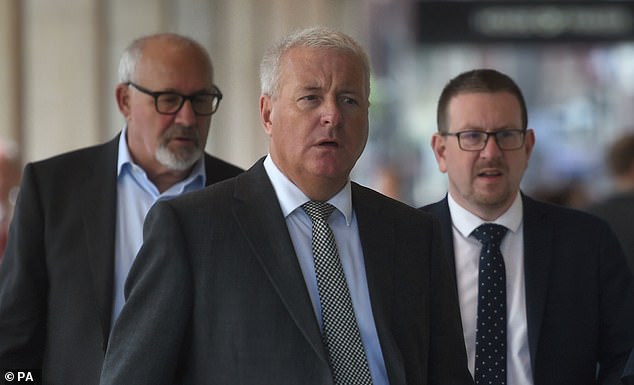 Delegates at the Labour conference in Brighton will be asked to consider a motion calling for the next Labour government to commit to the policy.

The motion calls for the government to withdraw charitable status and other tax privileges from private schools.

It also wants the government to ‘ensure universities admit the same proportion of private school students as in the wider population’.

In addition, the campaign’s backers want property and investments belonging to private schools to be ‘redistributed democratically and fairly’ to other schools.

‘The on-going existence of private schools is incompatible with Labour’s pledge to promote social justice, not social mobility in education,’ the motion says.

Mr Lavery, who has been party chairman since June 2017, is the most high-profile Labour politician to back the campaign so far. 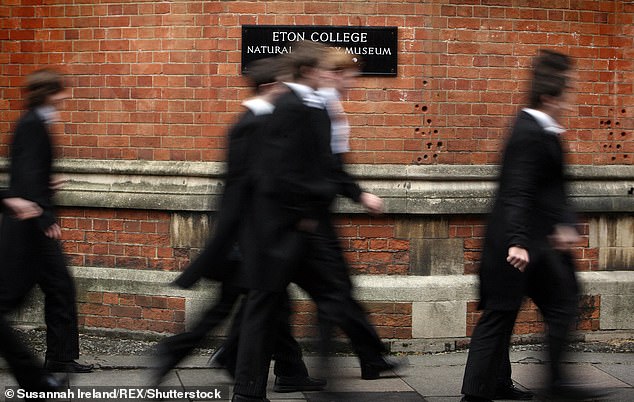 ‘In a country where those in power are consistently from the most privileged of backgrounds, in a country where Boris Johnson is the second Old Etonian to be PM in just four years [after David Cameron], we need to stop and think,’ Mr Lavery said.

‘What sort of message does this send to the millions of children with hopes and dreams whose parents can’t afford the £14,000-per-term costs to send their children to Eton?

‘If we hope to make any meaningful change to a system that prioritises wealth and privilege over support for the most vulnerable in our society, we must deal with the origin of these injustices: private schools.

‘Labour Against Private Schools are running an excellent and vitally important campaign to ensure that a key commitment of the next Labour government is to remove these pillars of elitism from our society.’

Mr Johnson is the 20th Prime Minister educated at Eton and the Labour campaign has made the Berkshire school a particular focus. Its Twitter handle is @AbolishEton. 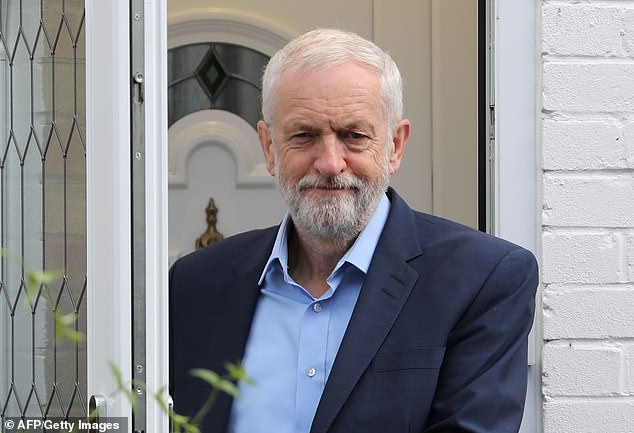 ‘The Labour campaign to abolish independent schools is not only a fundamental attack on parental choice, but it would rip apart the fabric of education in this country. It is based on wrong assumptions and dodgy maths and will damage state schools,’ he said.

‘Independent schools have played a vital role in the education system for generations and they are recognised around the world as beacons of excellence.

‘We want to see all pupils getting the same opportunities by pushing up standards everywhere, not by destroying the best.

‘Any attempt to abolish these schools will not only prove disruptive, divisive and difficult, but ultimately would harm rather than help state-funded schools.

‘The taxpayer will be landed with a massive bill to build new schools and teach many thousands of children currently being educated at no cost to the state. Labour’s claims that the large sums required could be raised by the confiscation and redistribution of assets just don’t add up.

‘To create a level-playing field, Labour would also have to ban middle-class parents from tutoring their children or buying homes near the best schools.

‘In this period of uncertainty, it would be a huge shame if this ideological issue became a distraction from the far bigger challenges facing education today. The focus should be on pupils, not politics.’

India infuriates Pakistan by sending thousands of troops into Kashmir and cutting off the internet
Dame Joan Collins, 85, claims things are 'out of control' after #MeToo
Vermont nominates 1st US transgender gubernatorial candidate
1,300 letters sent to ex-soldiers seeking information on deaths in Northern Ireland
Private school girl, 26, reveals she went to Syria for a 'revolution'
Woman arrested after asking her friend to look after a box of sex toys - that contained a HUMAN HEAD
Tamara Ecclestone 'screams like a banshee at blogger who insulted her father Bernie' during row
Thieves using a car as a battering ram to smash into shopping centre