John McDonnell has refused to rule out restoring the punishing secondary striking rights which crippled Britain’s public services in the 1970s.

Asked if staff such as teachers, nurses and doctors could walk out to show solidarity with striking rail unions, the shadow chancellor replied: ‘We would make sure that people have the right to withdraw their labour.’

Secondary striking was banned by Margaret Thatcher in 1980 after public services were paralysed under the previous Labour government in what became known as the Winter Of Discontent.

In the bitterly cold months at the turn of 1978-79, industrial action inflicted misery on Britons.

Streets were piled high with rubbish bags and even dead bodies were left to rot following walkouts from both binmen and grave-diggers.

Labour’s reversal of Thatcher’s Employment Act would allow public sector workers who have no dispute with their employer to go on strike anyway in sympathy with another government-run industry. 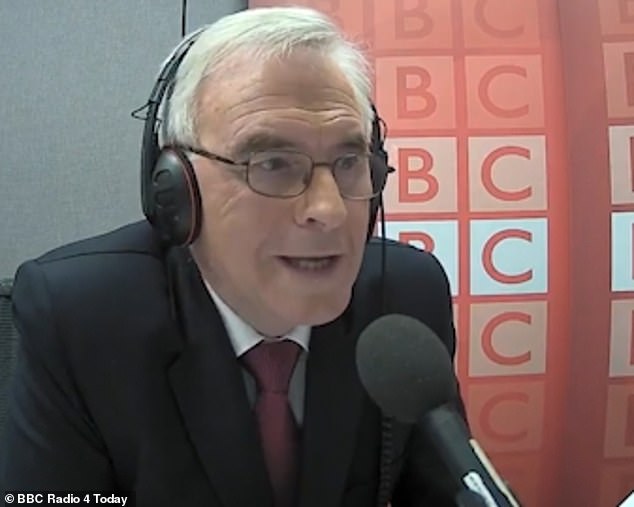 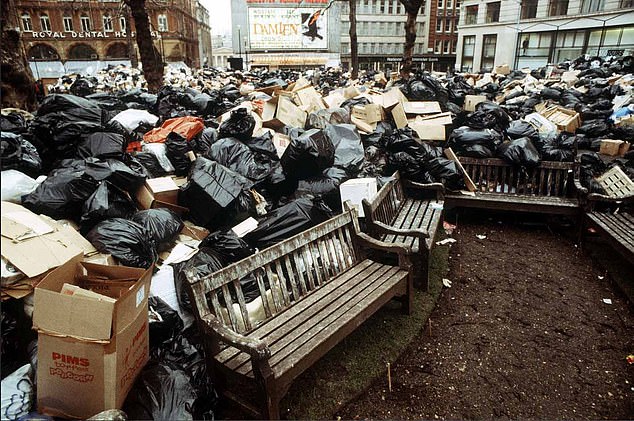 In the bitterly cold months at the turn of 1978-79, industrial action inflicted misery on Britons. Streets were piled high with rubbish bags and even dead bodies were left to rot following walkouts from both binmen and grave-diggers

This could spark the mass closure of schools, hospitals and public transport.

Jeremy Corbyn has already hinted he would relax the restraints on Trade Unions’ ability to call strikes – currently they are mandated to reach a threshold balloted members.

And his right-hand-man this morning implied Labour’s radical empowering of the Unions would go further.

WHAT WAS THE 1978 WINTER OF DISCONTENT?

Rubbish piled high in the streets and rats ran around in Leicester Square as dustbin men and other public sector workers went on strike to support a pay rise demand.

Hospitals were in chaos because cleaners and other ancillary staff joined the most widespread withdrawal of labour since the General Strike of 1926.

Parts of the country were left without an ambulance service for 24 hours as the army was drafted in to provide a skeleton service.

Patients went untreated and even the dead were left unburied, as council grave-diggers took ‘industrial action’.

Jim Callaghan’s Labour government refused demands of increases of 30 per cent and more for public workers.

Grilled on BBC Radio 4’s Today programme if the Party would restore secondary picketing, Mr McDonnell said: ‘We’ll make sure that people have the right, as in the ILO (International Labour Organisation) conventions, to withdraw their labour, yes.’

Secondary picketing was also outlawed by Ms Thatcher, and forbids people of joining the picket line outside an organisation of which they do not work for.

Pushed on whether people could close down a school or hospital in sympathy with the rail unions, Mr McDonnell said: ‘People will have the right to withdraw their labour, but let’s be absolutely clear, what we’re doing now by these structural reforms is making sure everyone has a vested interest in the operation of their company or their public utility.’

However, when asked directly whether this could mean a return to secondary picketing, he replied: ‘No, no we’re not.

‘We’re creating a new climate in this country which is based upon a stakeholder economy.’

Photographs from the gruelling few months underscore the paralysis inflicted on the country, with rubbish strewn all over the road after the binmen went on strike.

Even dead bodies were left to rot because of industrial action by grave diggers. 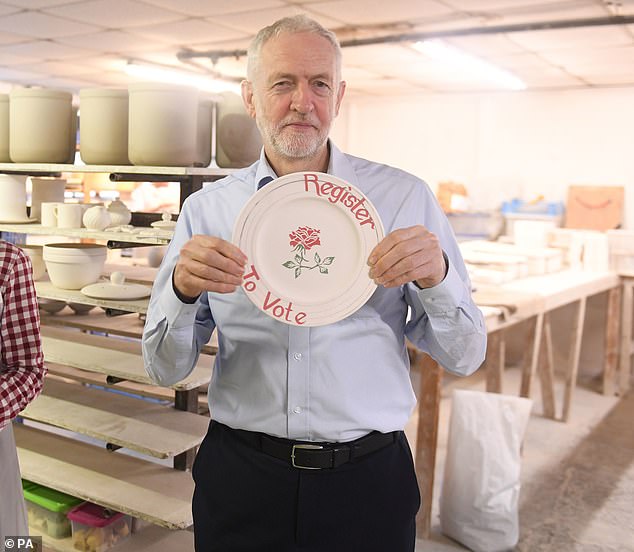 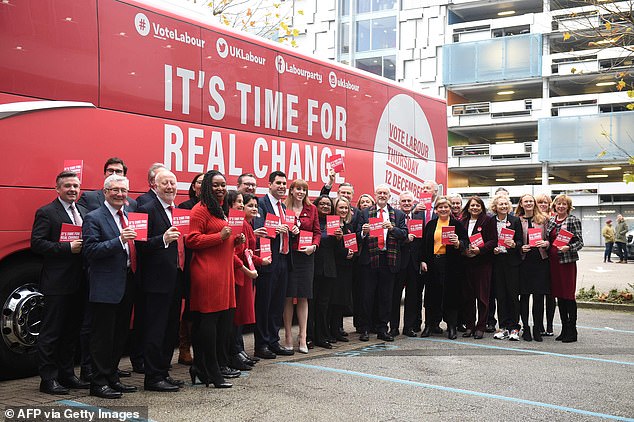 Mr McDonnell added that the Institute for Fiscal Studies (IFS) had ‘got it wrong’ by saying that Labour’s tax plans are ‘not credible’.

Who can strike in the UK?

Industrial action happens when trade union members are in a dispute with their employers that can’t be solved through negotiations.

A trade union can only call for industrial action if a majority of its members involved support it in a properly organised ballot.

Solidarity action – other public sector workers not affected by the dispute striking to show support – is banned.

Secondary picketing – other public sector workers not affected by the dispute joining the picket line – is also banned.

The IFS has rejected Labour’s claim that 95 per cent of taxpayers would not pay extra for its plans.

Questioned on who will foot the bill when businesses are forced to pay more tax under a Labour government, Mr McDonnell said his party would ‘make sure’ that corporations do not ‘take the easy option’ of cutting wages or raising prices.

He added: ‘What we’re saying is, with the structural changes we will make in the economy, we’ll make sure that actually the corporations themselves do not take that easy option of cutting wages or rising prices, but actually because we’re democratising the way in which these corporations work and are more accountable, they will actually invest in their companies.

‘Instead of being driven by short-term profiteering and shareholder interest only, they will think for the long term, invest and grow the economy, and that’s what’s happening elsewhere.’

Excited Brits declare the Christmas countdown officially ON after Halloween
Can the war between US president Donald Trump and Amazon boss Jeff Bezos sink any lower?
Militant vegans are charged over breaking into farms and stealing animals
Meghan’s mother Doria ‘will stay with her and Prince Harry and become a hands-on gran’
Dakota Johnson stuns in caped black gown with plunging bodice during LACMA Art + Film Gala
Boris criticised for putting his feet on Elysee furniture - but video shows Macron invited him to
RICHARD KAY: The advice Prince Harry REALLY needs - when you're in a hole, stop digging
AP looks at the Koreas' push for formal end to Korean War