A senior shadow minister and close ally of Jeremy Corbyn has lashed out at ‘nasty and divisive’ abuse she received for praising former Labour Prime Minister Tony Blair.

Shadow education secretary Angela Rayner, 38, was targeted by left-wing hardliners after hailing a Sunday television interview in which Mr Blair talked about Brexit and a second referendum.

She described it as ‘one of the best interviews I’ve seen’, adding that ‘all shades of red are needed in our UK Labour party to take on this nasty Tory government who are wrecking our Country’

But this mild praise of from the three-time election winner, who was Prime Minister from 1997 to 2007, prompted a wave of abuse on Twitter and she was soon forced to address the problem. 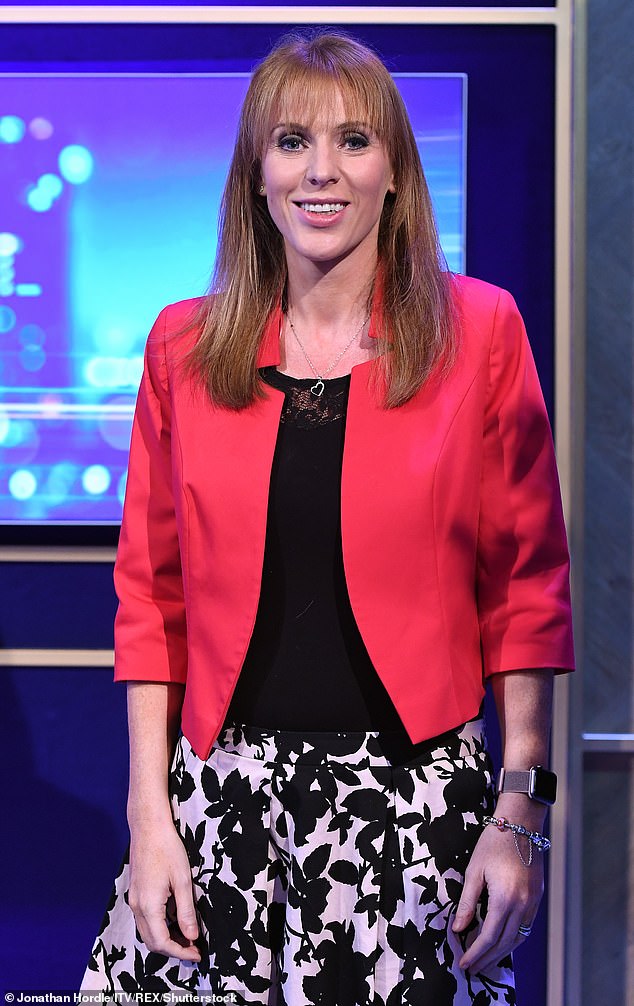 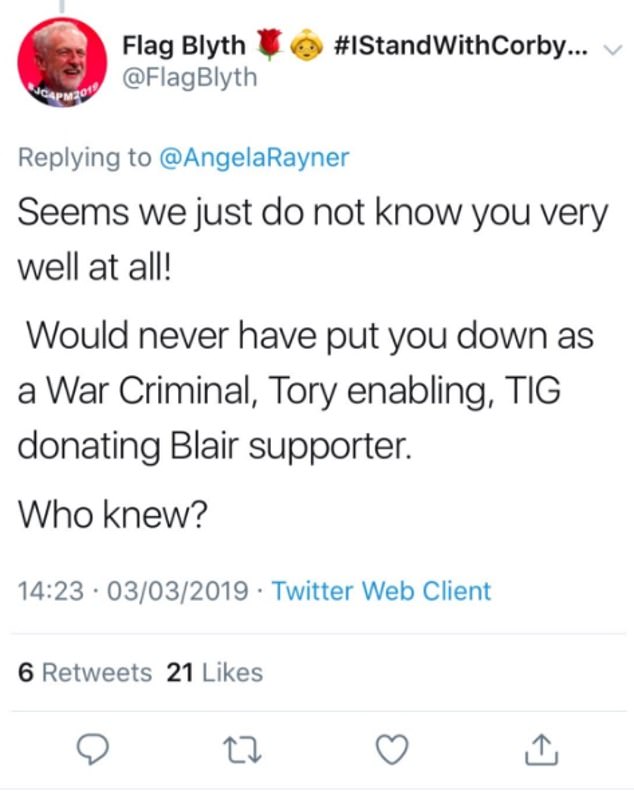 Ms Rayner tweeted mages of the abuse that she had received on Twitter, warning: ‘If there is no room for people like me in our party then we will never get Jeremy into Number 10.’

The Ashton-Under-Lyne MP blasted the trolling she received as ‘typical of the toxic political landscape we are in’, warning: ‘If there is no room for people like me in our party then we will never get Jeremy into Number 10.’

She tweeted pictures of the abuse she had received, adding: ‘I mentioned today l was being trolled and many followers said l wasn’t being trolled they were merely ‘disagreeing’ with me.

‘I beg to differ, these comments are nasty and divisive. If they are from genuine Labour members or supporters, it’s indeed a very sad day.’

Among the abuse she received were messages asking ‘what the f*** has happened to you’ and called her ‘a war criminal, Tory enabling, TIG donating Blair supporter’.

He used his appearance to say he would not leave Labour to join the Independent Group (TIG) of disaffected centrist MPs, and praised the ‘great leadership’ if deputy leader Tom Watson over the anti-Semitism crisis.

But is was his comments on Brexit and Theresa May’s withdrawal deal than Ms Rayner had praised, in which he spoke in favour of a scon referendum 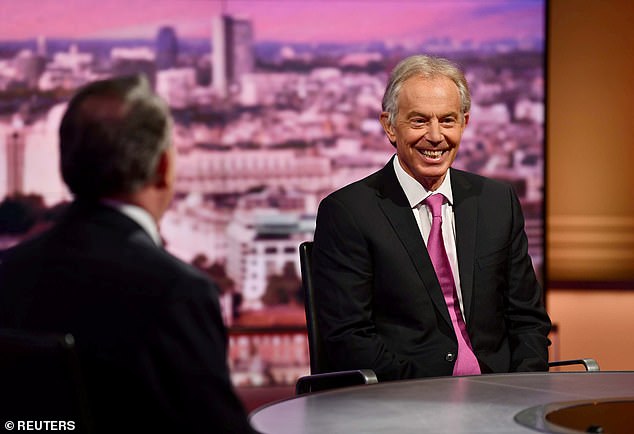 Tony lair told the Andrew Marr programme on Sunday: ‘I think you’ll get to another referendum when people understand that a hard Brexit is going to be deeply economically painful for the country and a soft Brexit means we just become a rule-taker.’

He told the programme: ‘Vote against the deal, use an extension to come to a conclusion – hard versus soft or back to the people.

‘I think you’ll get to another referendum when people understand that a hard Brexit is going to be deeply economically painful for the country and a soft Brexit means we just become a rule-taker.

‘It’s in those circumstances that I think you mobilise a majority in Parliament to say the sensible thing in these circumstances is to put it back to the people, or pass her deal subject to a confirmatory referendum.’

Another Labour MP also revealed she had been on the receiving end of toxic abuse over Brexit.

London born and raised Ealing Central and Acton MP Rupa Huq shared an email she received from a pro-Brexiteer which demanded she ‘return to Bangladesh to ponder your life’.

Ms Huq, who was born and raised in west in London to Bangladeshi parents, tweeted: ‘I don’t support Theresa May’s deal. And won’t be taking advice on “returning” to somewhere I’ve only holidayed to (been to Isle of Wight more often).’