Lady Gabriella Windsor has revealed she feared her multi-million pound diamond tiara would fall off on her wedding day.

She wore a stunning white gown designed by Italian couturier Luisa Beccaria and the same Russian Fringe-style tiara her mother Princess Michael and her grandmother Princess Marine wore on their wedding days.

But she told Hello! she worried her headpiece, believed to be worth between £1 and £3million, would come ‘crashing down’ when her young bridesmaids accidentally stepped on her flowing veil. 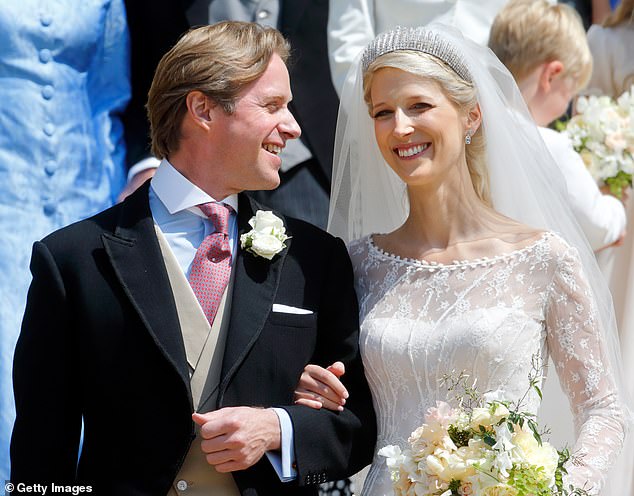 She told the magazine: ‘Suddenly I could feel my tiara start to pull back and in those few unnerving moments I thought it would come crashing down with an almighty clunk. 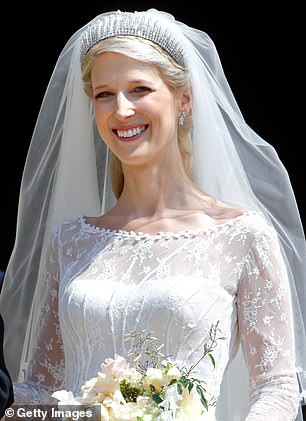 ‘My little bridesmaids had accidentally wandered on to my very sheer tulle 20ft veil.

‘I slowed down until they’d stepped off it, but then it happened again. Fortunately my hairdresser had pinned the tiara in place and it stood firm.’

She made the revelation as she was reunited with her dress for the first time since her wedding day after it went on display at Paris Couture Fashion Week last week.

Seeing her dress again, she added: ‘It was a magical day and Luisa created a wonderful dress for me.’

The daughter of Prince Michael of Kent added: ‘This is the first time I’ve seen it since the wedding and it brings back so many happy memories.’

The Duke of Edinburgh, the Queen and the Duke of Sussex were all at the ceremony, which was held at the same chapel Harry and Meghan wed in the year before. 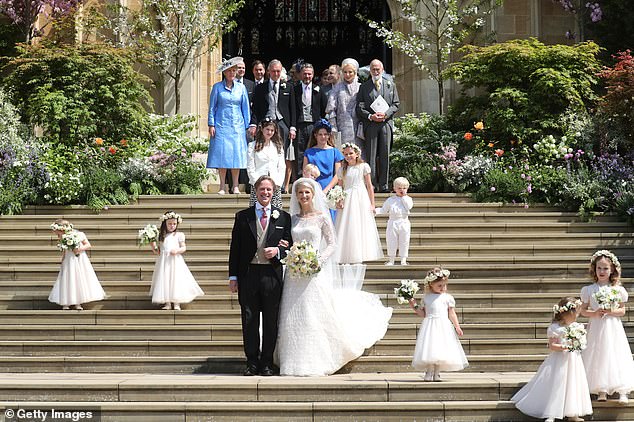 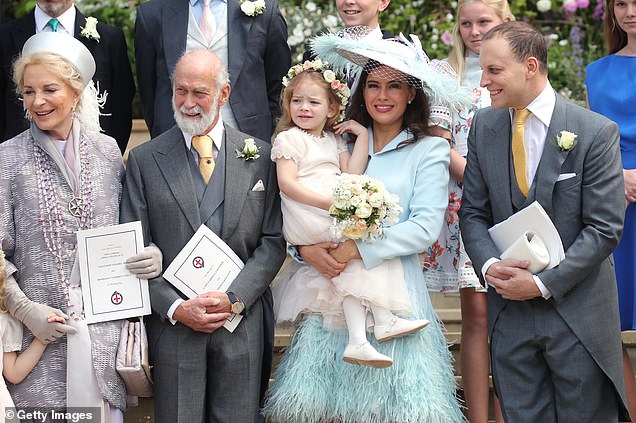 They also held their reception at Frogmore House following the third royal wedding at St George’s in a year.

The ceremony on May 19 was attended by the Queen, who was accompanied by her husband Prince Philip and their grandson Prince Harry.

The Duchess of Sussex was absent after giving birth to baby Archie, but her husband turned up with Peep Show actress Sophie Winkleman, who is married to Lady Gabriella’s brother Lord Frederick.

Accompanying Harry were his uncle and aunt, the Earl of Wessex and the Princess Royal, who was joined by her husband, Vice Admiral Sir Timothy Laurence. 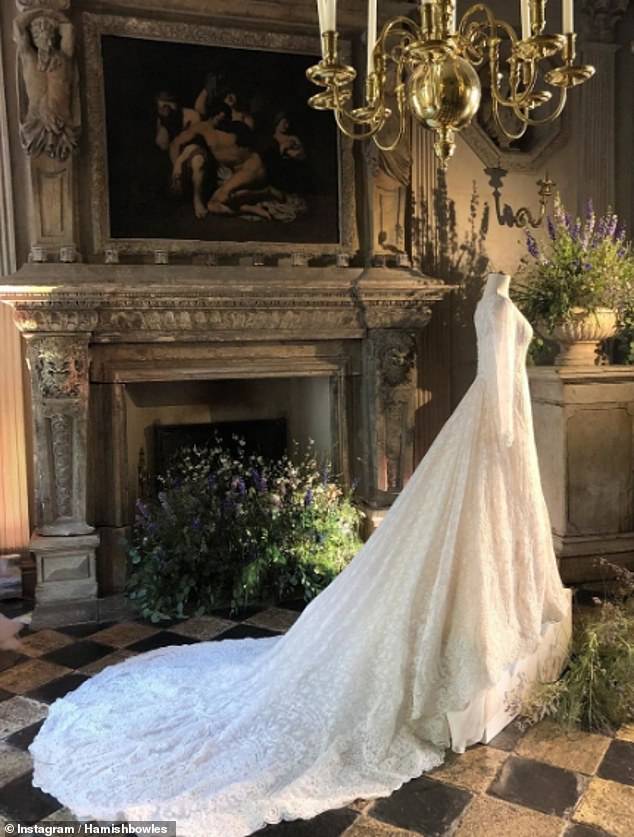