‘It’s the second time in about a year and a month that this has happened,’ Nicolas Champion told OnSceneTV. ‘I was in the Las Vegas Route 91 mass shooting, as well as probably 50 or 60 others who were in the building at the same time as me tonight.’

Champion and his friends were inside country music bar Borderline Bar and Grill for student night Wednesday, when ex-marine Ian Long, 29, stormed in, shooting dead 12 before turning the gun on himself.

He and other Las Vegas survivors considered Borderline a ‘place of healing’ and gathered at the same bar for a memorial on a student night earlier this year. The group of survivors posed in front of a Borderline sign while holding a Route 91 Harvest banner.

‘It’s a big thing for us. We all are a big family, and unfortunately, this family got hit twice,’ Champion said. 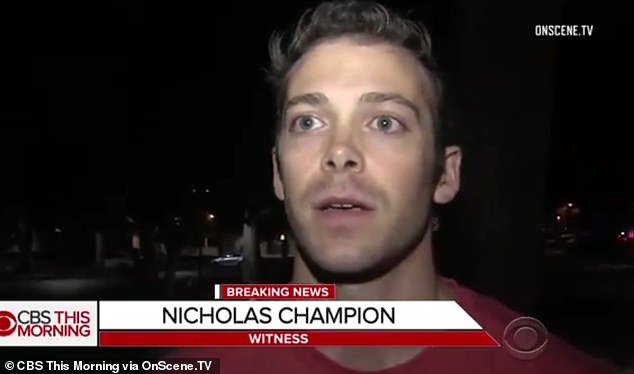 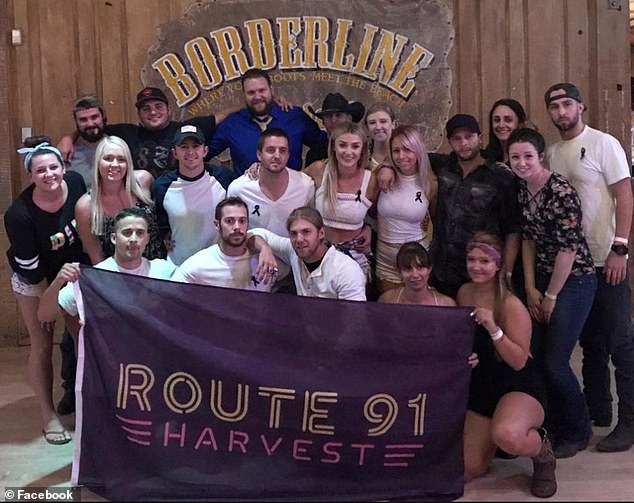 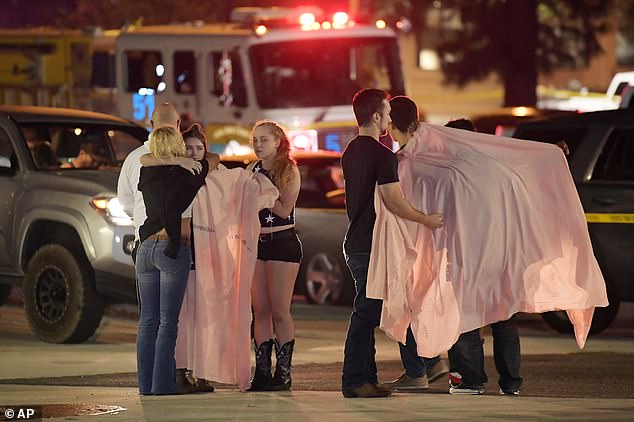 Witnesses and survivors comfort each other as they stand near the scene of the shooting at the at the Borderline Bar and Grill in Thousand Oaks, California, last night

Wednesday’s traumatic experience is all too familiar for those who survived the Route 91 festival in Las Vegas.

Gunman Stephen Paddock opened fire through the windows of his suite at the Mandalay Bay hotel which overlooked the country music festival – an event that attracted many of the same audience as those at Borderline.

Katie Ray, 25, told the Huffington Post she survived the Vegas shooting with her fiance who she met at Borderline.

Ray, who has been frequenting Borderline since 2014, described the bar as ‘a place of healing’ for the group of Vegas survivors.

In an interview with Billboard earlier this year, Champion said he and about 30 to 40 survivors gathered for a concert at Borderline the Friday after the Las Vegas shooting.

‘That was rough. That was when it really sank in – you have that realization that even when you do normal things, it’s not necessarily going to feel or be normal,’ he said at the time. ‘A big group of us were hanging out by one of the exits, where you go through the kitchen and you can get out if you need to.’ 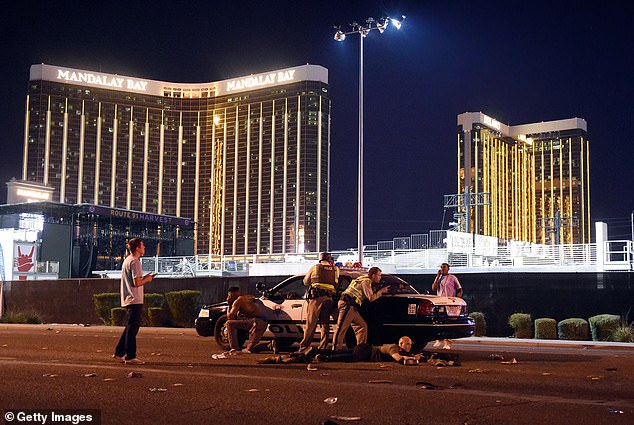 Savannah Stafseth, who was outside on the patio when the shooting started, told the LA Times: ‘There are no words. Those are my people. It’s just not fair. It’s not fair. All these people after Route 91. It’s not fair.’

Thousand Oaks is known as an area with low crime and is considered one of the safest cities in America.

Another witness tol dABC7 California TV station: ‘A lot of my friends survived Route 91. If they survived that, they will survive this.’

The 13th death was the shooter when he turned the gun on himself as police arrived at the scene.

Long stormed the Borderline Bar and Grill, wearing a black trench coat and armed with a pistol equipped with an extended magazine and smoke grenades, and began targeting people as young as 18.

Among those killed was a Ventura County sheriff sergeant called Ron Helus, who was responding to the emergency call.

Around ten to 15 more victims were thought to be injured during the mass shooting, including a bouncer, a young female cashier and college students.

A Ventura County Sheriff’s Office official said around 30 shots were fired inside the building.

The gunman then shot himself before police got inside the popular country music venue. 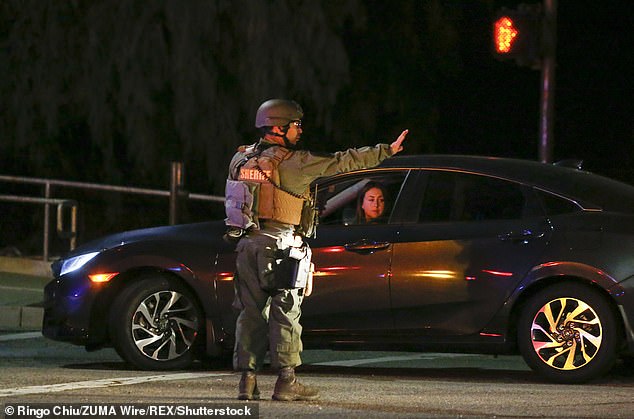 Police officers guard the road leading to the Borderline Bar and Grill. The killer shot himself before police were able to get inside the building 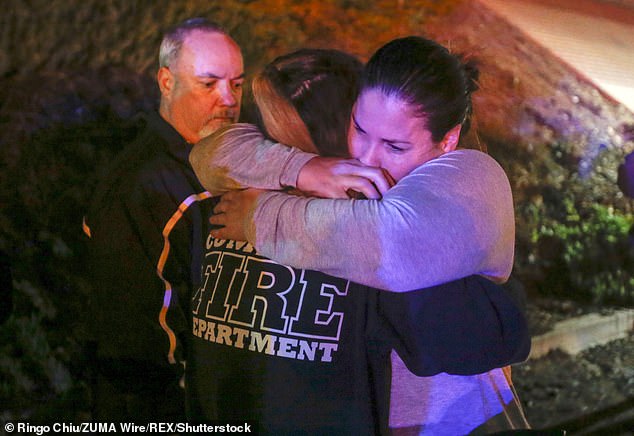 US ambassador to Russia Jon Huntsman reveals stage 1 cancer
Hotel hacks from The Lowry and William Hanson to give your home a holiday feel
How the Daily Mail covered the run-up to D-Day in June 1944
A$AP Rocky: Swedish court finds rapper GUILTY of assault but is spared jail
Ovarian cancer hope after discovery of six types of cell that trigger the 'silent killer'
Social media couple make £3,000 a month selling instagram filters
Mezut Ozil breaks cover for first time since he got caught up in gang war
William Blake's 'only' self-portrait goes on display at the Tate Britain