Fast food chain Leon has warned customers with severe allergies not to eat there as it cannot guarantee its food is completely free from allergens.

Co-founder and CEO John Vincent wrote on the company’s website that although the restaurants labels ‘free from’ food, the fact they handle allergens means it could not completely rule out a similar incident to the death of a teenage girl at Pret a Manger.

Natasha Ednan-Laperouse, 15, suffered a fatal allergic reaction to sesame seeds back in to Pret’s bread at Heathrow Airport in 2017. 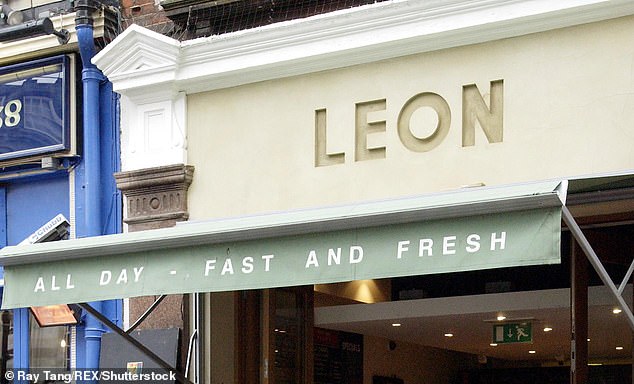 And on December 30, 2016, nut allergy sufferer Megan Lee died after eating food from the Royal Spice Takeaway in Oswaldtwistle, Lancashire, on December 30 2016.

Following an inquest into Natasha’s death, the Environment Secretary Michael Gove promised to clamp-down on food labelling, but the parents of Natasha fear such blanket warnings by food chains is confusing.

Leon’s move to warn off allergy sufferers has caused outrage among diners, who claim that the chain should be doing more to ensure the safety of its patrons.

An account called Allergy Dad wrote: ‘They may as well say they cannot guarantee no food poisoning will ever happen so therefore all customers should consider carefully eating at their establishment #EpicFail #natashaslaw’

Jude Wakefield wrote: ‘It is just so lazy to respond in the manner that they did: it is as simple as food hygiene and frankly if they can’t deal with allergies then they, to me are admitting their kitchen is not hygienic.’ 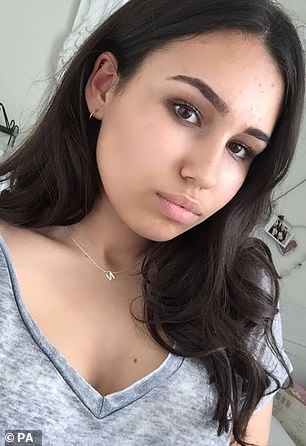 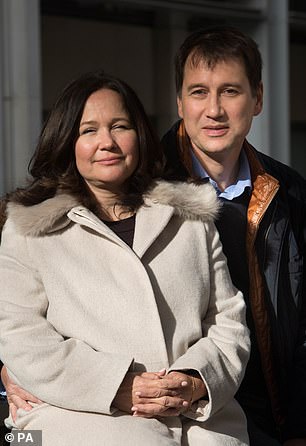 A proposed law that will force food chains to carry proper allergen warnings could be introduced in the coming weeks. It has been dubbed ‘Natasha’s Law’ in memory of Natasha Ednan-Laperouse, left, who died in July 2016 after she ate a Pret a Manger sandwich laced with sesame seeds. Right, Natasha’s parents Nadim and Tanya Ednan-Laperouse 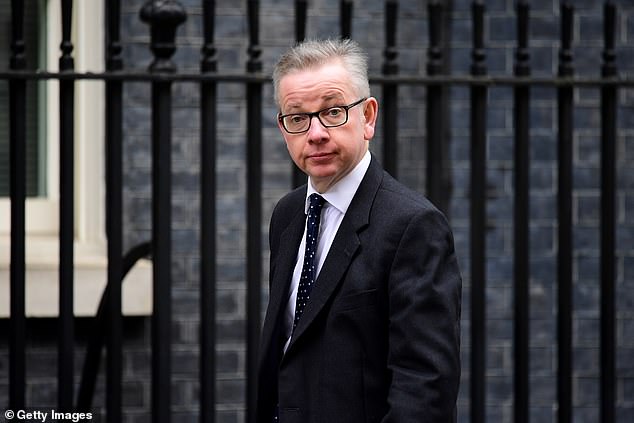 Environment Secretary Michael Gove (pictured) promised to clamp-down on food labelling, but the parents of Natasha fear such blanket warnings by food chains is confusing

‘I understand where they are coming from. It sucks but it’s the reality.’

In a blog post on Leon, Mr Vincent insisted that people would not be turned away from the restaurant if they suffered from allergies, but wanted to make people aware of the risks.

He claimed restaurants handled all allergens, but precautions were taken against cross-contamination, such as storing porridge made from dairy and cashew milk on different shelves and serving them with different coloured ladles.

Mr Vincent wrote: ‘Despite the huge focus we put on processes and training and checks therefore, there is no guarantee that dishes are free from allergens. This is not because we take a lax approach to allergens. It is because we cannot guarantee – 100% – that mistakes will not be made. 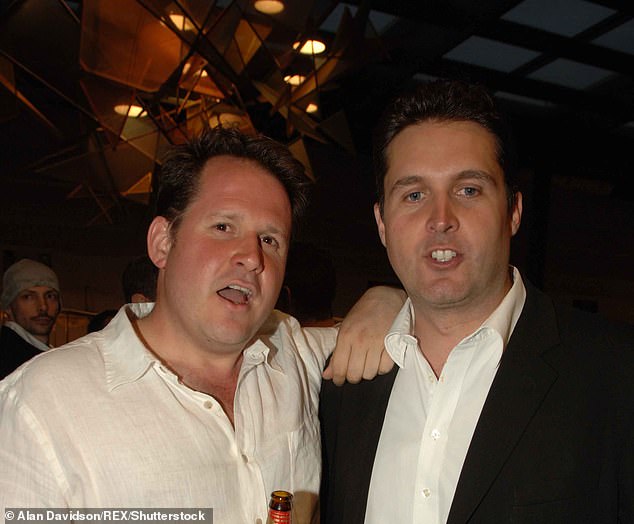 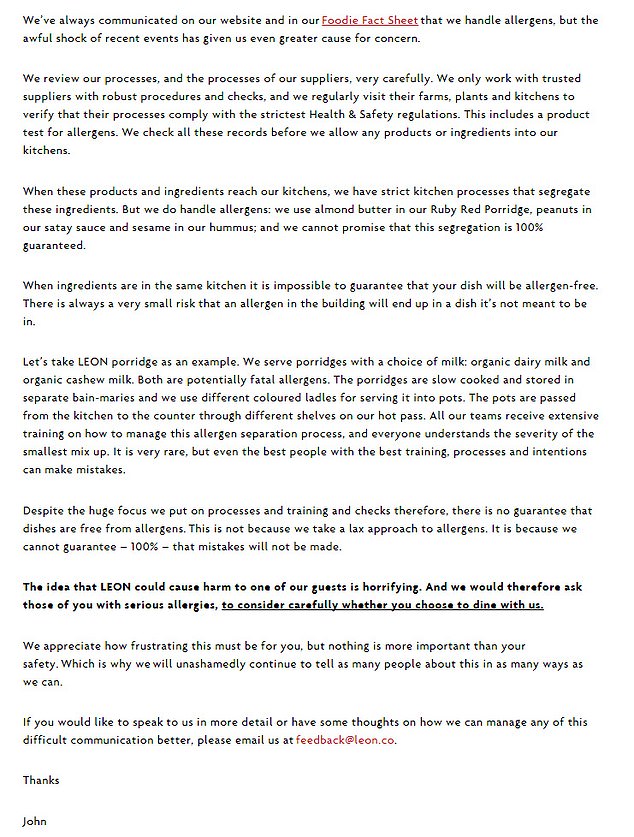 ‘The idea that LEON could cause harm to one of our guests is horrifying. And we would therefore ask those of you with serious allergies, to consider carefully whether you choose to dine with us.

‘We appreciate how frustrating this must be for you, but nothing is more important than your safety. Which is why we will unashamedly continue to tell as many people about this in as many ways as we can.’

Alexa Baracaia, who eight-year-old son Sidney is allergic to egg, peanuts, nuts, sesame and lentils, said chains were ‘running scared’ after she was turned away from a Strand branch.

She wrote on Twitter: ‘Just been told by @leonrestaurants on The Strand *not* to eat there if our son’s allergies are “life-threatening”. He says it’s a ‘new policy’. What do you say about that @JohnV_LEON @HenryDimbleby? We’ve previously had great service – now you decide you can’t cater??? #allergy’

She told the Times: ‘No allergy sufferer expects to be catered for by every provider. Nor do we ask for 100 per cent guarentees. If with one hand they say “we can do this” but on the other “we can’t guarentee this” it negates all the good things they do.’

Leon said it was not their policy to turn away allergy-sufferers in a reply to Ms Baracaia.