Lib Dem leader Vince Cable claims that Theresa May‘s deputy revealed to him in a meeting that a second Brexit referendum could be imminent as secret ‘planning’ in the Government is already underway.

Mr Cable said that David Lidington has mulled over the ‘perfectly practical’ idea.

The Twickenham MP said he left a Thursday morning meeting with fellow remainer Heidi Allen and Lidington feeling sure that there are secret plans in place. 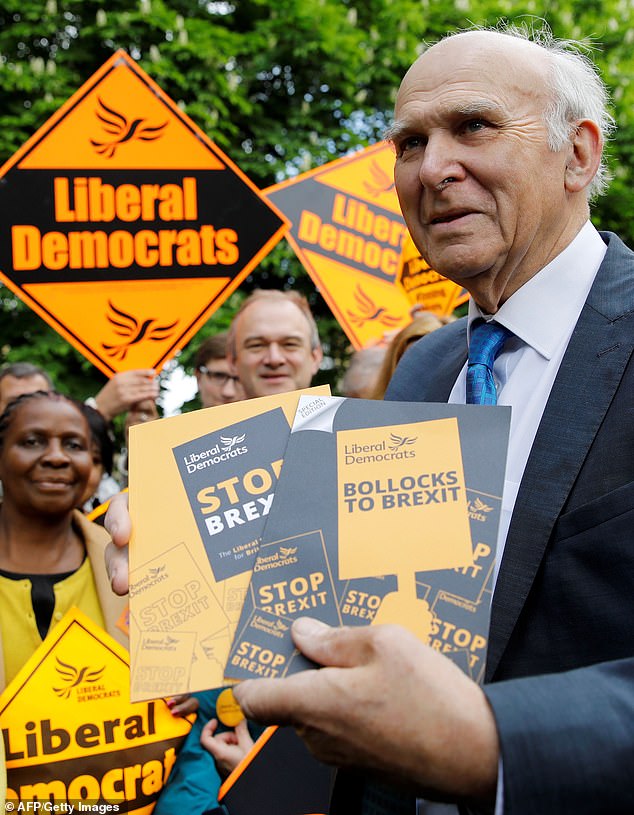 Cable, whose slogan is ‘B******* To Brexit’, told The Sun: ‘He was perfectly straight – he set out the Government’s political position on it.

‘And you have heard Theresa May say ad nauseam what a terrible idea it is.’

The 76-year-old added that it was ‘very clear’ the government are considering the idea.

But not only that, they are actually doing ‘a lot of practical planning in case it happens,’ he added.

‘David (Lidington) acknowledged that it was perfectly practical – it could be done within realistic time scales.’ 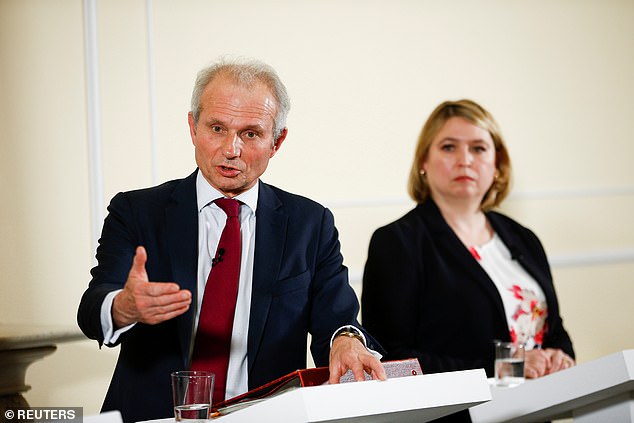 Mr Cable said that Mr Lidington and the cabinet are however, opposed to the idea of a second referendum, fearing ‘it wouldn’t produce a decisive outcome’.

Ms Allen said that Mr Lidington had been ‘putting a lot of thought into the mechanics and legislative process for a People’s Vote.’

The Cabinet Office were forced to deny the claims, with a spokesman saying: ‘The Government does not support a second referendum and is not preparing to hold one.’

A source from the cabinet told The Sun that the idea of another vote is ‘wishful thinking’. 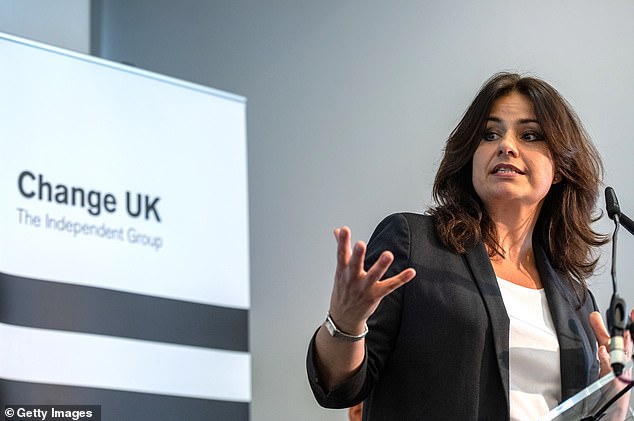 Meanwhile, Boris Johnson told a crowd in Aberdeen last night that ministers had indeed ‘canvassed the idea’ of a second vote but asserted that it would ‘undermine’ the 2014 Indyref in Scotland.

He said that those pushing for a second vote are threatening the very ‘concept of Britain’ as a union.

He said: ‘They are doing the work of the SNP and they are threatening the union. And let us be in no doubt the damage the nationalists would do.

‘They would not only destroy the oldest and most successful political union in the world, they would destroy the very concept of Britain.’