The two lion cubs born on BBC‘s Dynasties this weekend have died, the film crew has revealed.

However, when the crew returned to Kenya after filming had ended, they discovered that the two lion cubs had not survived and may have been killed by predators. 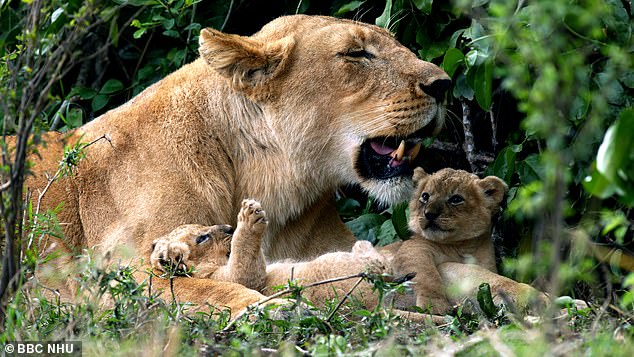 Heartbreaking: The two adorable baby cubs introduced in Sunday’s episode of Dynasties died after filming ended, according to the crew

David Attenborough’s latest BBC One show Dynasties has five episodes, each focusing on a different animal, and on Sunday the turn had come to lions.

The Marsh Pride is led by 14-year-old Charm and her cousin Sienna – two single mothers with four cubs each, the oldest three years old – the equivalent of a lion teenager.

Having been abandoned by the males of the pride, it is down to Charm to protect  and feed the clan, and on Sunday she could be seen fighting off a herd of buffalo on her own.

Buffalo often kill lion cubs in a bid to weaken their predators, and the nail-biting scene saw a large herd approach as the two cubs cowered under a fallen tree.

Charm was seen shielding her young with her body and scaring the buffalo off after a tense stand-off, foiling their attempts to trample the cubs to death. 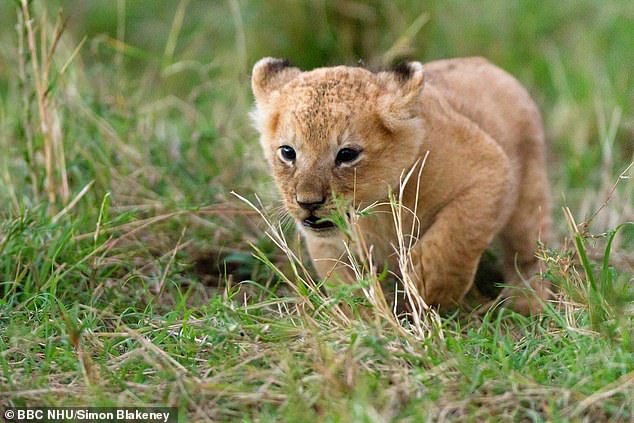 Circle of life: The two cubs, who were introduced to the pride aged just a few weeks, are likely to have been killed by predators or buffalo 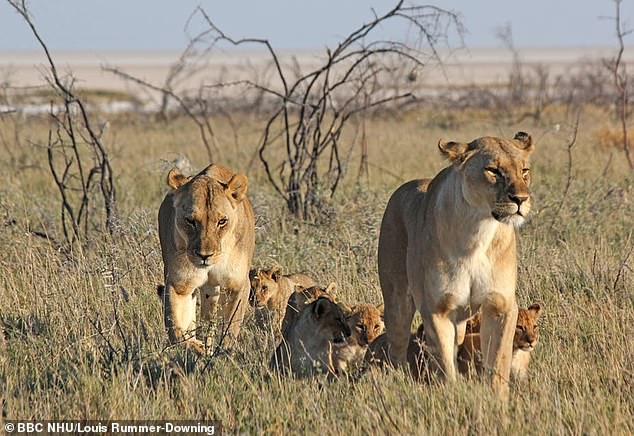 Family first:  The Marsh Pride is led by 14-year-old Charm and her cousin Sienna, both single mothers with four cubs each after the males abandoned the pride 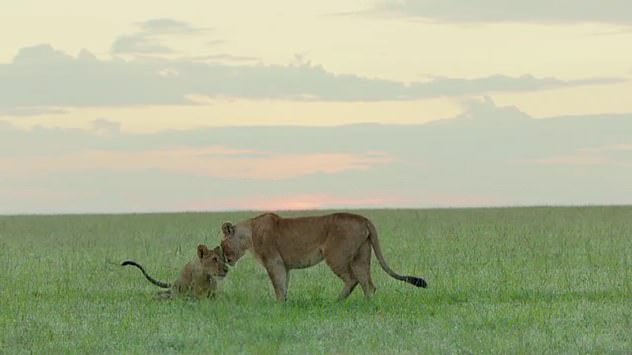 But despite her brave defence of her little ones, the Dynasties film crew, who followed the pride for 18 months, recently discovered that the two cubs had not survived.

‘The most likely explanation is that they were taken by hyenas or another predator or even trampled by buffaloes,’ a show insider told The Mirror.

‘No one can be sure, but what became clear was they were no longer with Charm, and there was no way they could have survived alone at a few weeks old.’

However, the film crew also revealed that since the death of the male and female cub, Charm has given birth to two more. 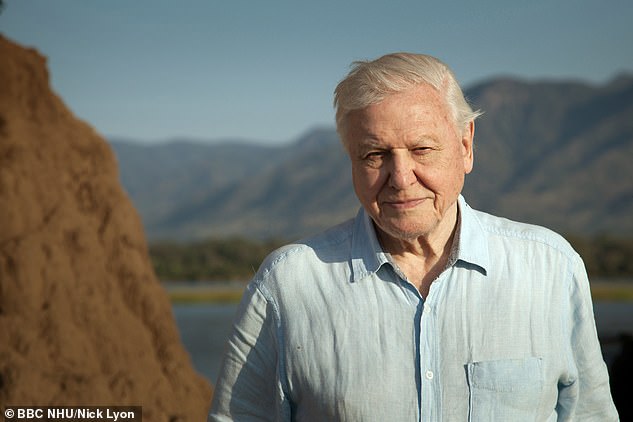 Sunday’s hour-long episode saw another heart-wrenching moment, when one of Charm’s cubs was poisoned.

Farmers in Kenya’s Masai Mara sometimes use toxic meat where the lions graze, in a bid to kill them off and protect their livestock.

In the show, Charm’s one-year-old son was poisoned by the toxic meat and forced to leave him to die.

It showed the emotional moment when Charm said goodbye to her young cub and walked away from him with the rest of the pride.

Armed police shoot man 'holding a firearm' in London
Australia's most inked dad Brett Cross on how he became addicted to tattoos
Sales surge up to 1,237% online for tomato seeds and compost
Scottish carers found guilty of murdering woman and covering up death to claim £182,000 benefits
Skin care experts break five myths about your favourite Korean beauty products in new book
QUENTIN LETTS: Theresa’s hard-fought win earned her a bigger cheer than for many a month
Lindsay Lohan 'accuses refugee family of child trafficking' in bizarre live video on Paris trip
Mother-of-two, 30, 'was raped by two men who filmed the assault shortly before she died'