PHIL NEVILLE is furious after US team spies wandered through private team areas at their Lyon hotel two days before the World Cup semi-final showdown.

Two members of the US delegation went to the luxury Fourviere Hotel while Neville and his Lionesses were out at training yesterday.

They were shown round behind the curtained-off area being used by Neville, his team and coaching staff.

Neville said: “It is not something I would want my team operations manager doing.

“It’s not something England would do.

“We were training and they were at our hotel. It’s not something we’d do, send someone round to another team’s hotel.”

England team staff do not know whether the Americans accessed any of the meeting rooms where messaging and tactical information is displayed.

FA staff are fuming at the arrogance and sheer brazenness of the US, with their two delegates not wearing clothes that identified them before they were spotted by the one FA representative who stayed behind.

US boss Jill Ellis tried to downplay the growing row, claiming that it was merely a reconnaissance mission as the winners of tomorrow’s semi-final have to stay in the Fourviere.

She said: “I would assume everybody is doing that. You have to plan ahead.

“The only ones who went were the team administrator and her boss.

“It’s nothing to do with arrogance. It’s planning and preparation.”

But Neville responded: “ I’m sure Jill wouldn’t have been happy.

“I certainly wouldn’t have been if it was my team official. I am sure she will be dealing with that infrastructure within her discipline.” 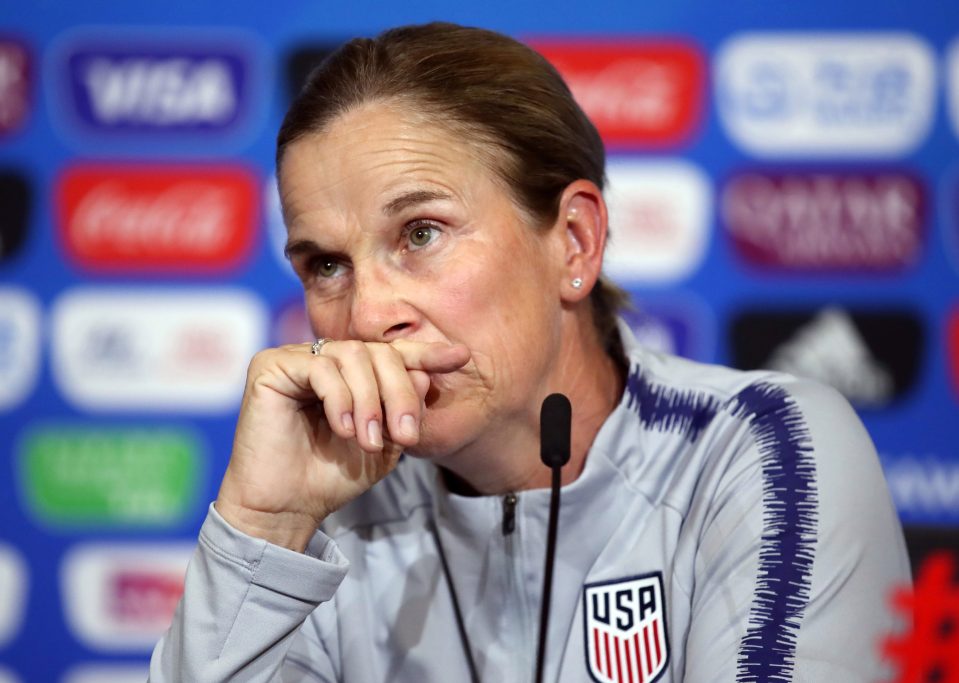