It’s not everyone who would be brave enough to grab Prince Charles’s nose – but if you’re Prince Louis, then the heir to the throne thinks it’s hilarious.

A newly released photograph shows Charles’s youngest grandchild planting a little hand on his face during a family photoshoot.

The charming image illustrates a point friends of Charles have been making recently: he has found a new level of contentment thanks to his growing family.

Already a grandfather three times over and with the Duke and Duchess of Sussex expecting a baby next year, the prince is facing the future happier than anyone has ever seen him. 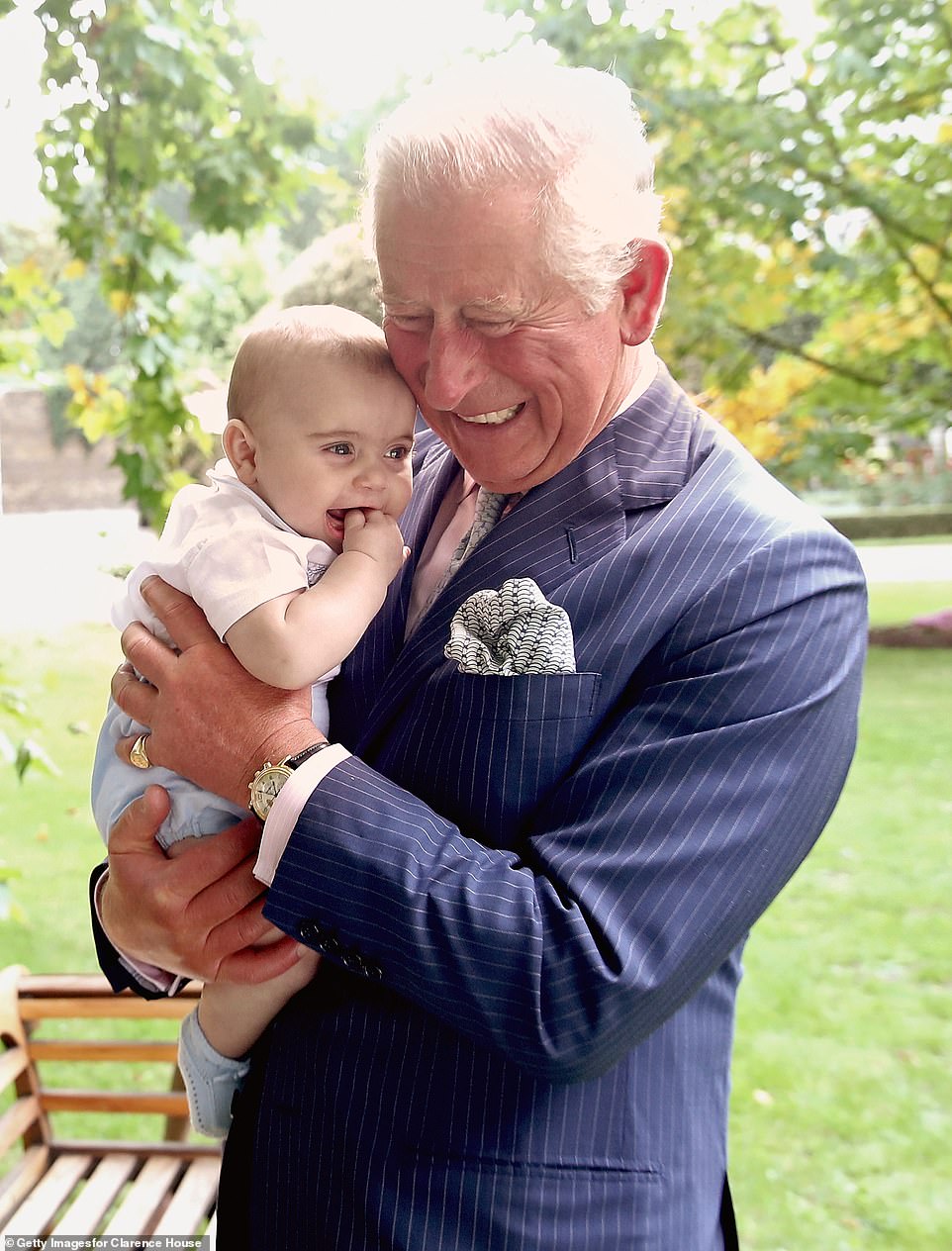 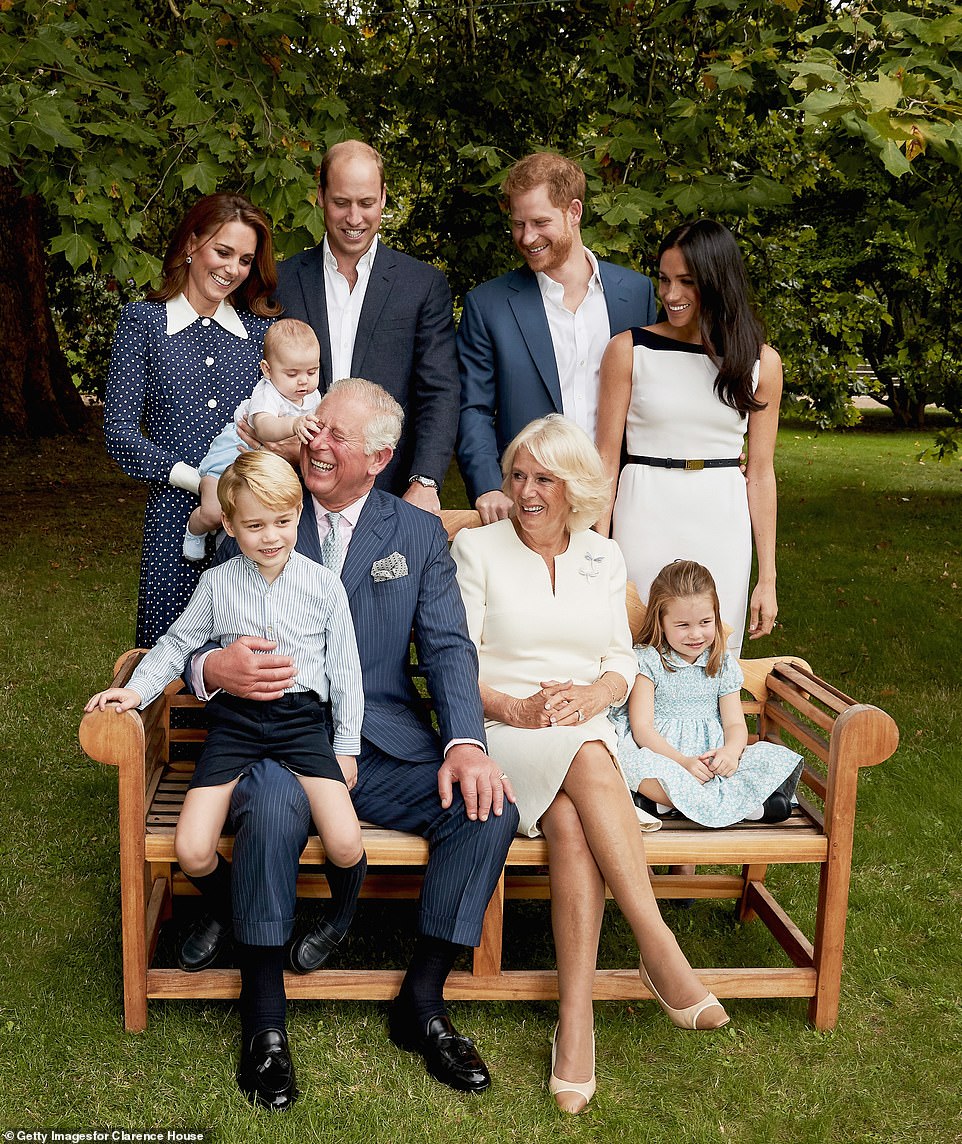 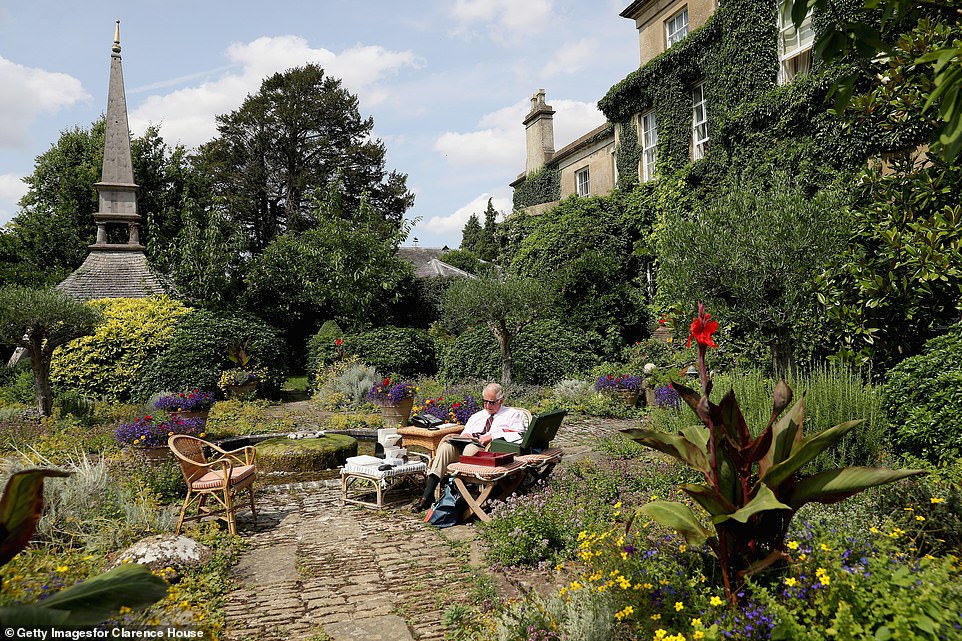 The pictures released by Clarence House today also show Charles chuckling with delight as he cuddles Louis at the photoshoot, held in September ahead of his 70th birthday last week.

The image, printed on page one today, features Louis, then almost five months, beaming enchantingly, most likely at his mother who was off-camera, as he snuggles into the man his siblings call Grandpa Wales.

The shot of Louis leaning forward in his mother’s arms and grabbing his grandpa’s face is another ‘out-take’ from the same event, in the gardens of Clarence House.

His antics amuse Charles and the rest of the family, including Louis’s parents, the Duke and Duchess of Cambridge, and brother, Prince George.

The images give the lie to any suggestion that Charles is not a hands-on grandparent.

While he may not be a dab hand at changing nappies, he can frequently be seen on the floor playing with his grandchildren, according to his wife, the Duchess of Cornwall. 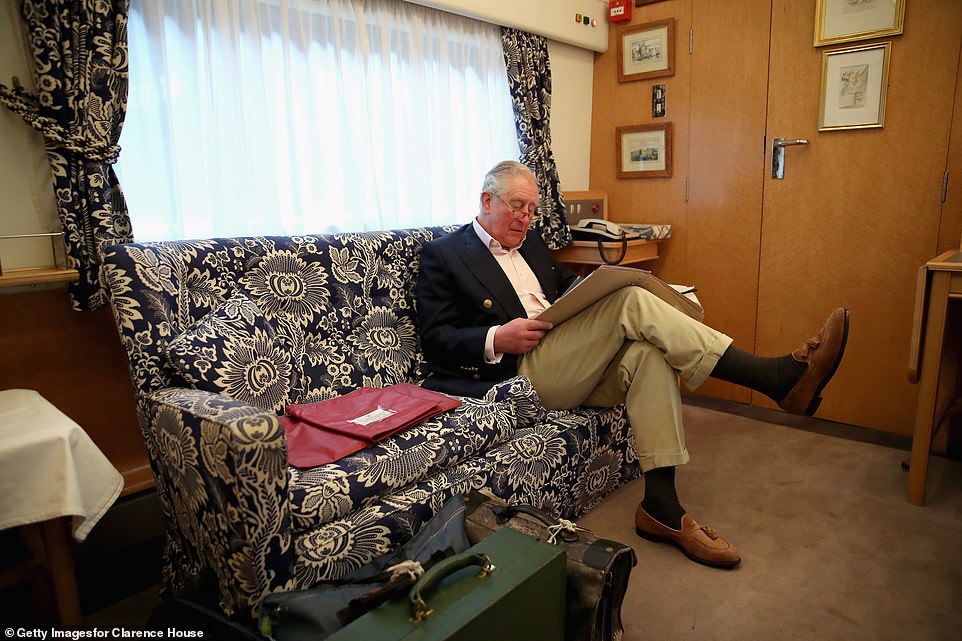 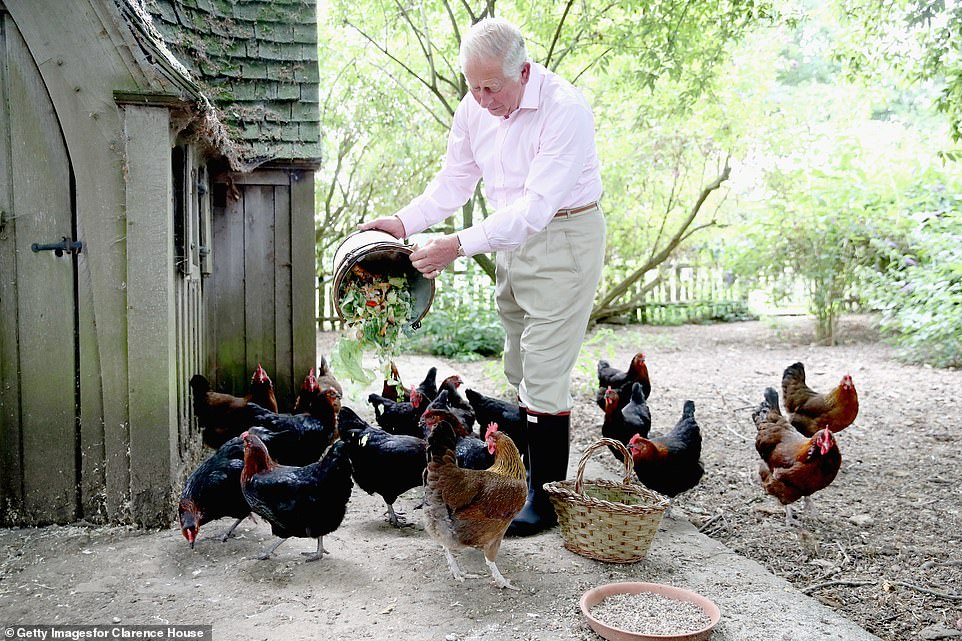 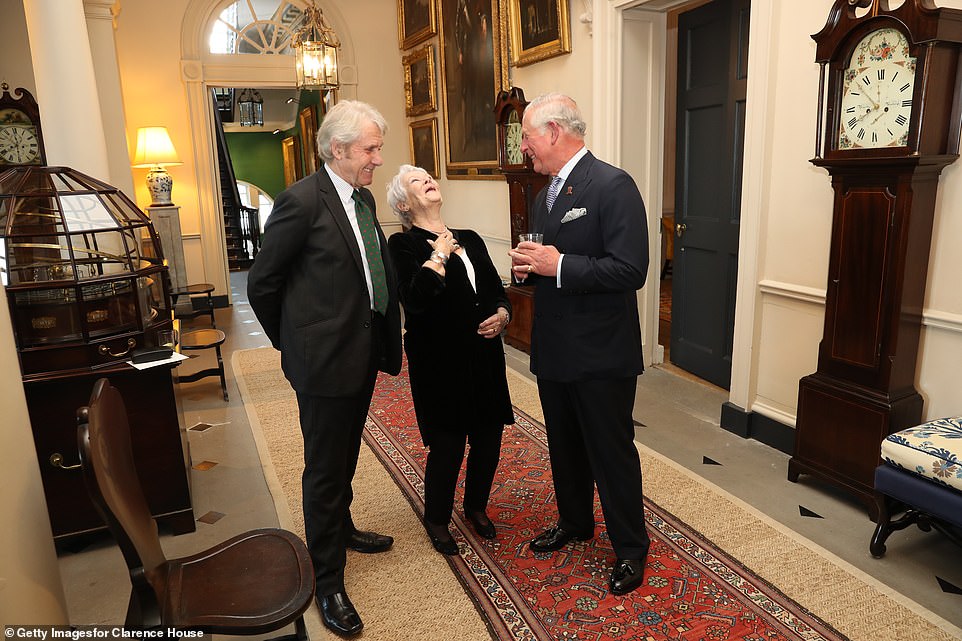 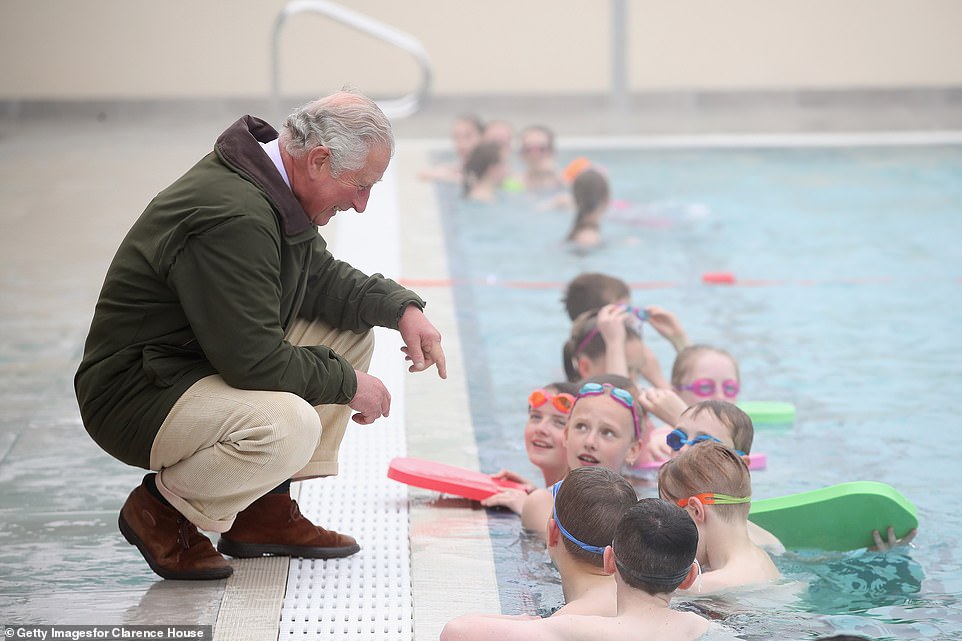 ‘People don’t see him as being someone who will roll around the floor with the children, but he does,’ she said. ‘He will literally get down on his hands and knees. He really loves them. He is sweet with his own grandchildren and little Louis tugs at his hair and his nose. He doesn’t get cross or angry, he loves it.’

The pictures were taken by Getty Images’s royal photographer Chris Jackson, who followed Charles for a year as part of the birthday project.

One photo shows the prince in July, on one of the hottest days of the year, going through royal papers in the gardens at Highgrove, his beloved Gloucestershire home.

In another he is on the royal train reading briefing notes before a visit to Durham in February. Charles is also shown sharing a joke with Princes William and Harry prior to celebrations to mark the RAF’s centenary this summer.

Some of the happiest pictures show Charles at Highgrove feeding his chickens.

Each day that he is there he pulls on his wellington boots and goes off to feed his prizewinning Burford Browns and Marans before he begins his day’s work. The kitchen scraps are organic, of course. 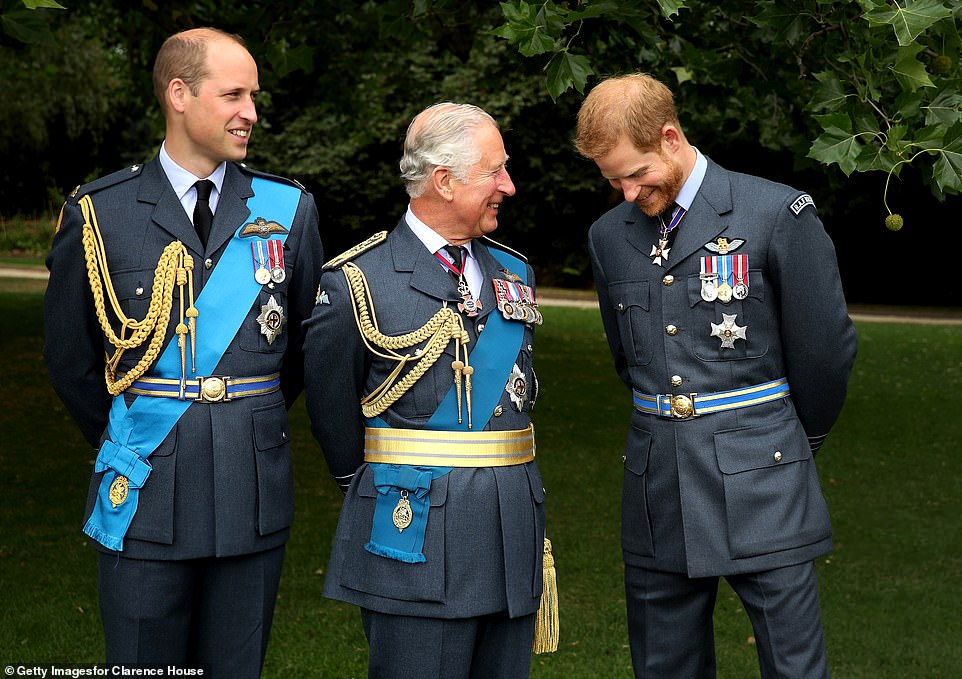 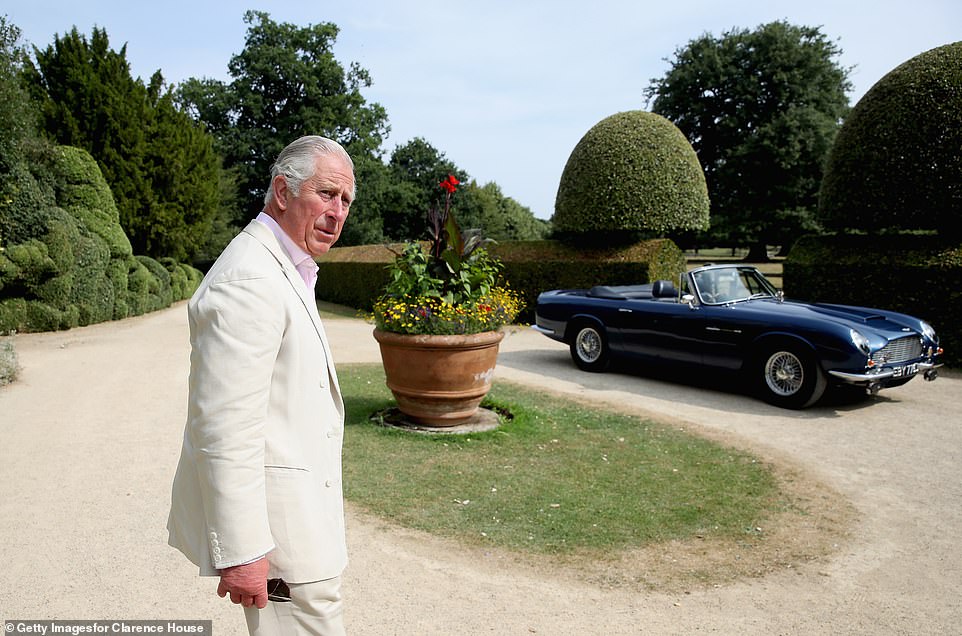 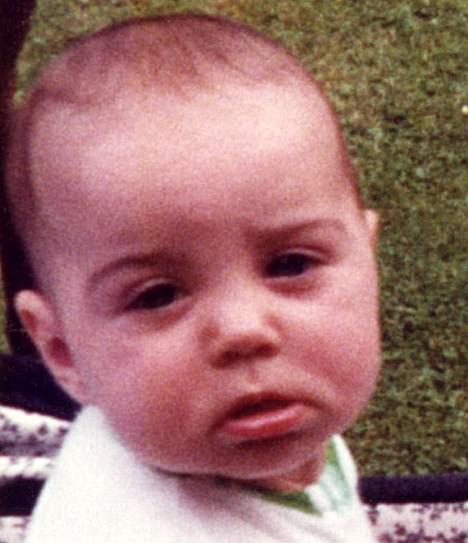 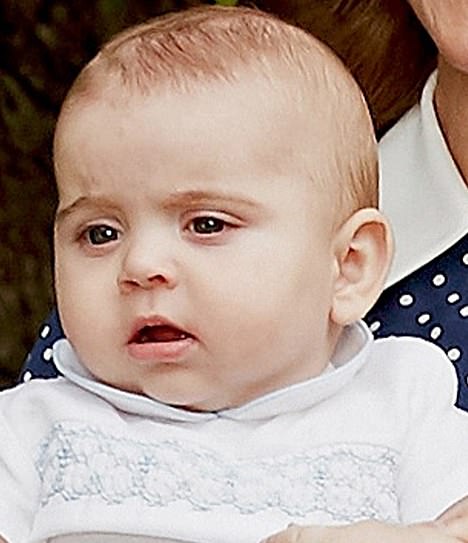 With his distinctive dark hair and ‘Middleton eyes’, Prince Louis (right) is the spitting image of his mother, the Duchess of Cambridge, when she was a baby (left) 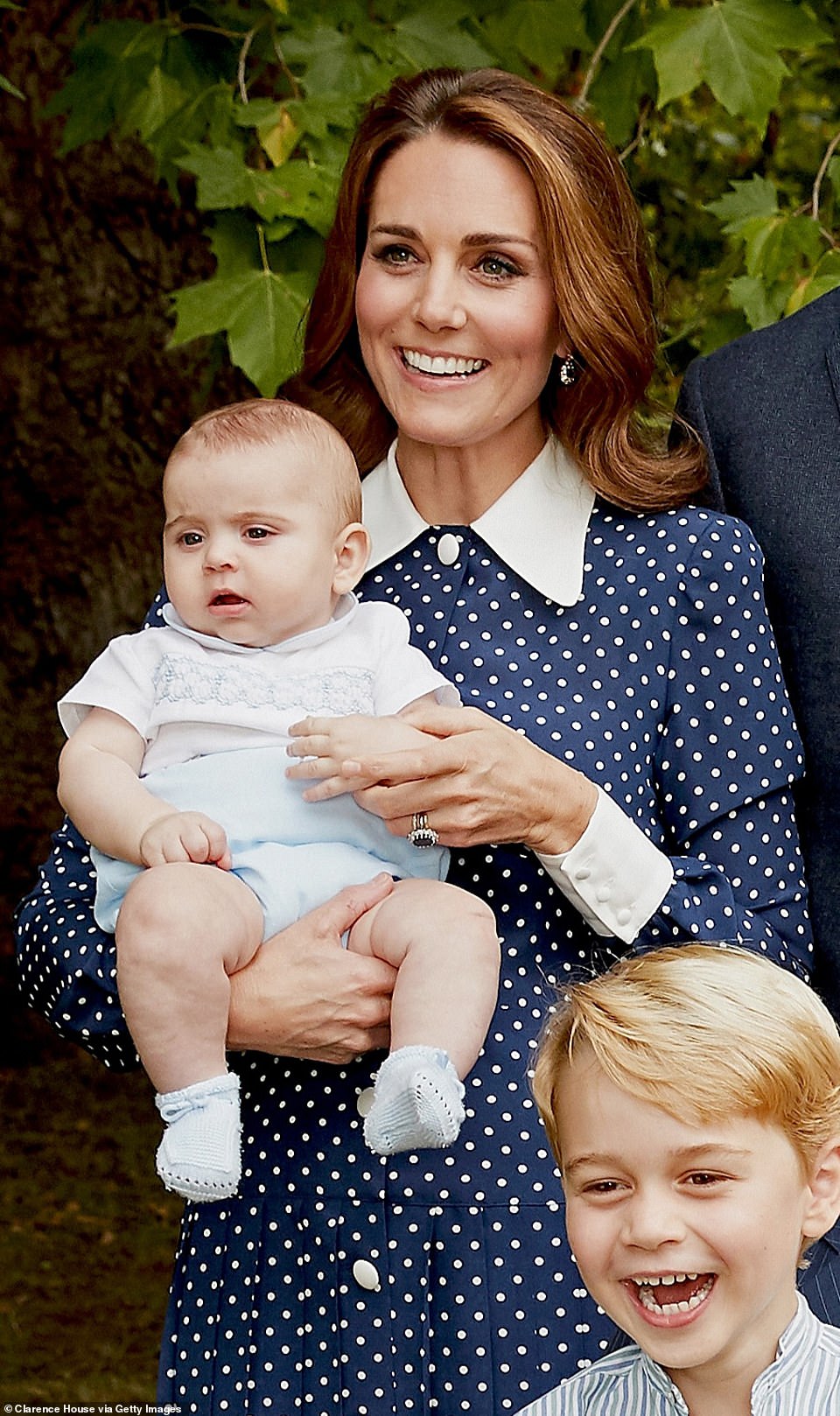 The Duchess of Cambridge, 36, in a £1,750 polka dot midi dress by London designer Alessandra Rich, is holding Prince Louis in the series of photos 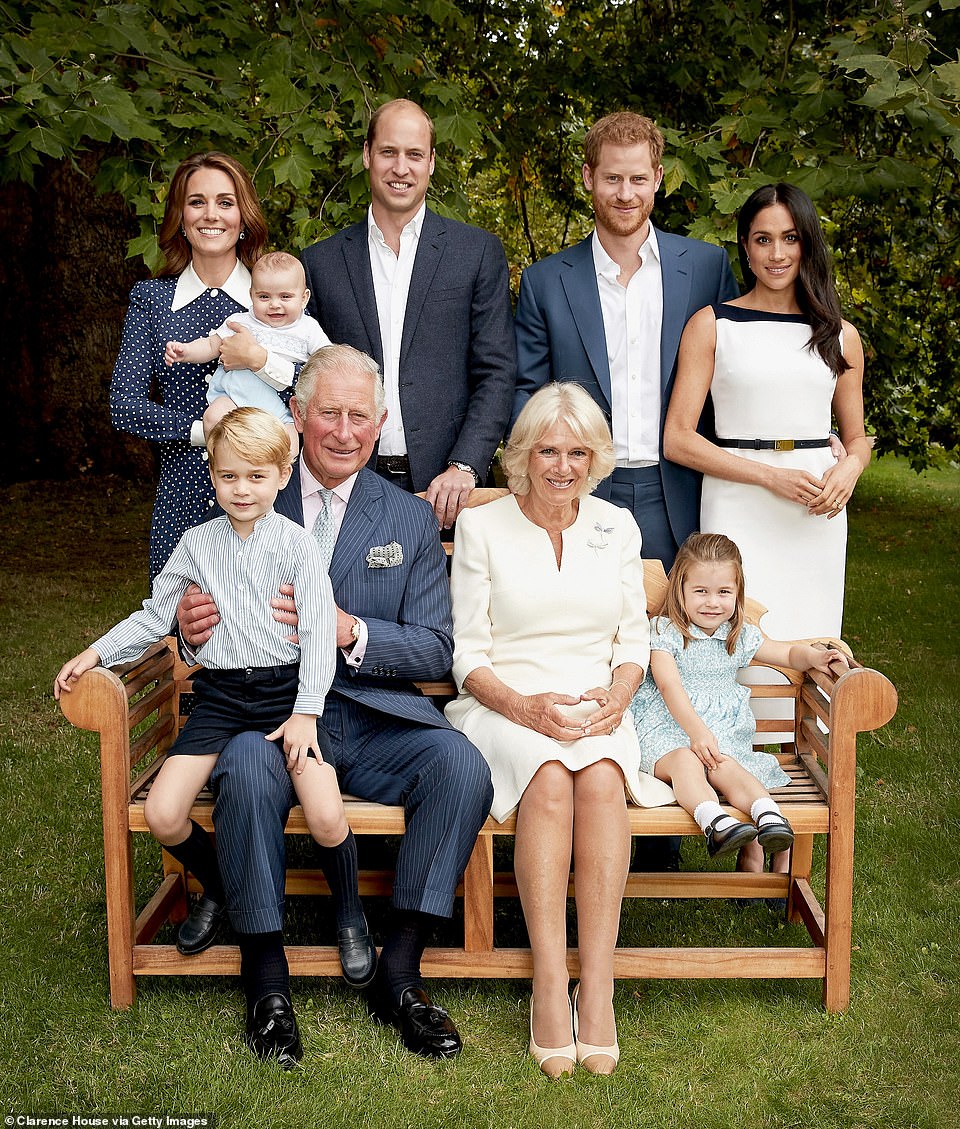 Released to mark the future king’s milestone, the images, taken in the gardens of Clarence House in September, show Charles as few see him, a loving grandparent at ease with his surroundings