A loyal Labrador has been lying outside a hospital in Argentina for over a week, waiting for his owner to return, unaware he has died.

The six-year-old dog called Toto has reportedly stayed outside the door to the Pablo Soria Hospital in the city of San Salvador de Jujuy in Argentina.

Local media report Toto lived with his owner, who asked for the dog to be brought to the hospital so he could say one last goodbye.

But the relatives of the man forgot to take Toto away and he has remained at the doorway to the hospital waiting for his master. 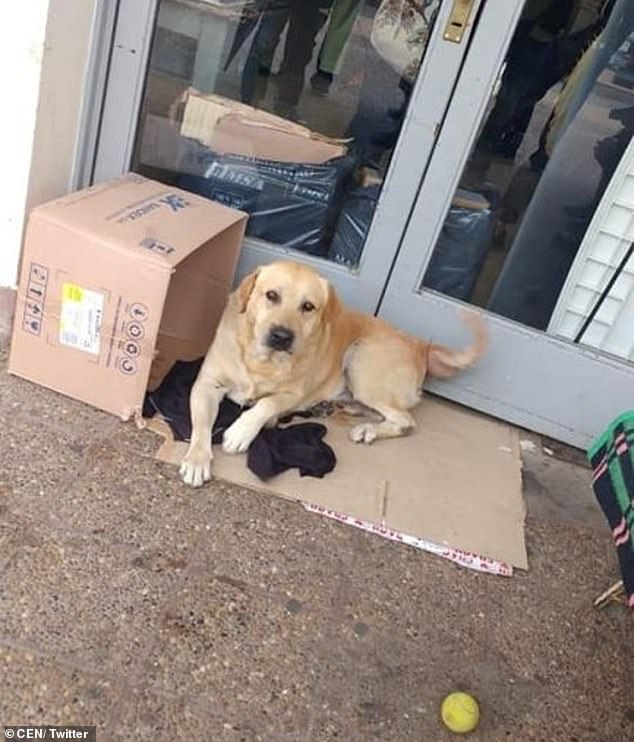 Fatima Rodriguez, a member of a local animal protection organisation, said they are looking for a new owner for Toto and said ‘the person who adopts him should have a closed house’ as there is a risk the dog will escape to go back to the hospital to wait for his owner.

Toto has reportedly been treated by a vet and needs to undergo surgery on one of his paws. The dog will also be castrated.

Local media report Toto is well behaved and is welcoming to all those who stroke him.

A local resident who is helping look after the pooch said: ‘He seems to believe his owner is going to come out someday to take him home’.

It is not known what the dog’s owner died of.

Labradors are renowned for their unwavering loyalty among man’s best friends and are one of the most popular as assistance dogs.

They are deployed in war zones, as rescue dogs and as guide dogs for the blind.