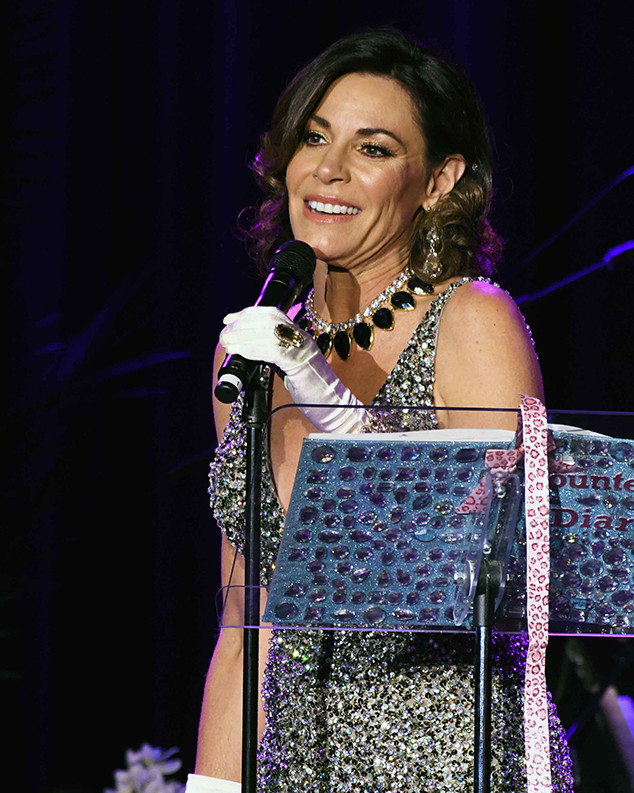 Luanne de Lesseps has been out of rehab for a few weeks now, and she’s got jokes.

The 53-year-old Real Housewives of New York City star ddebuted her #CountessAndFriends Cabaret shows earlier this year, in between two stints in rehab, which followed a late 2017 arrest for alleged public intoxication and for allegedly kicking a police officer. She pleaded guilty to battery, trespassing and disorderly conduct and resumed her performances earlier this month.

On Friday, she performed at the Borgata Hotel Casino & Spa in Atlantic City, New Jersey and joked about her arrest and rehab stints, which she has joked about before, as well as about her Real Housewives of New York City co-stars.

“I’m here, I finally made it! After being briefly detained. I had a list of songs I wanted to sing tonight, but I had to reconsider most of them like ‘Jailhouse Rock.’ Yeah, ‘I Fought the Law,’ but the law won. Crazy for thinking I could slip out of those handcuffs. I mean, what the hell was I thinking?” she told the crowd.

She also said that “everybody should memorize three phone numbers from their phone because they confiscate your cell phone” in jail, saying, “I’m staring at a pay phone, and I can’t remember one phone number to call. And the only number I did remember, I didn’t want to call.”

“I loved rehab. I loved it so much I went back again,” de Lesseps later joked.

She had made the same jokes at her Cabaret show on Long Island, New York earlier this month.

During her set, she played a game of “F–k, Marry, Kill” about her fellow Real Housewives of New York City cast members Sonja Morgan, Bethenny Frankel and Ramona Singer.

She also talked about the Real Housewives of New York City reunion, which she missed because she returned to rehab.

“I watched five minutes of it and it was so dark,” she said. “I was like, Jesus. Bethenny did a great job because she had her hands full. Wow. Well, you know Carole’s gone now.”

She said she thinks Carole Radziwill was mad at Frankel “because I think she feels the shade that she’s throwing.”

“It’s like you buy something in Marrakesh and you bring it home and think, ‘What the hell was I thinking?'” she continued. “I think one day she was like, ‘I don’t know if I really like this girl that much.’ It seems to me that something went very south there and it’s beyond repair. Like my second marriage.”