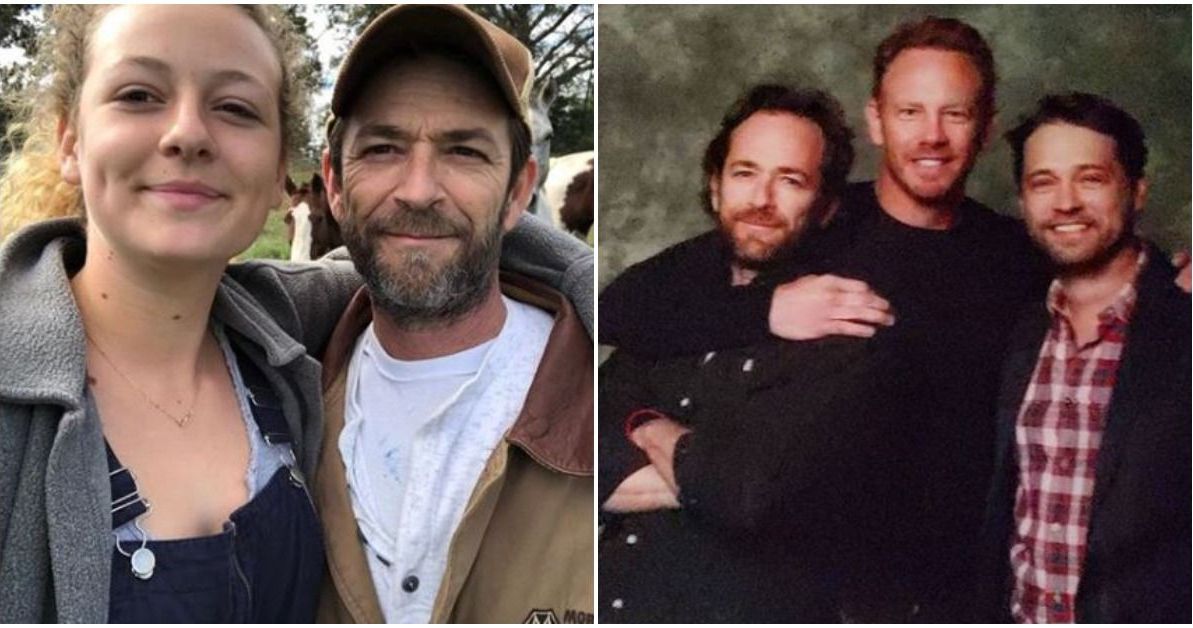 After a celebrity death, fans pay tribute to the fallen star online and share their memories. But then, it’s time to move on, and only a star’s family and friends are left to grieve for them.

As anyone who has lost a loved one knows, it’s a long and difficult process. Still, some of actor Luke Perry’s “fans” seem determined to make it even harder for his loved ones to cope with their loss.

Last week, after rushing home from Malawi to be with her family, Perry’s daughter Sophie, 18, thanked fans for their support.

“I’m not really sure what to say or do in this situation,” she wrote, “it’s something you aren’t ever given a lesson on how to handle, especially when it’s all happening in the public eye. So bear with me and know that I am grateful for all the love. Just, being grateful quietly.”

By Monday, Perry’s fans had obviously upset Sophie, because she returned to Instagram with a fiery message about their inappropriate behavior.

“Those of you shaming me for my language and my wardrobe and most disgustingly, my grieving process, do us both the favor and just unfollow,” she told them. “It’s a waste of both of your time. [sic]”

In particular, commenters seemed to single out a happy post where Sophie had thanked her mother, Minnie Sharp, for being “the rock for everybody grieving in this family right now.”

“Since my dad died I have received a lot of attention online… And I’m here to say that I did not ask for this attention,” Sophie told her followers.

“I am going to laugh and smile and live my normal life.”

While she noted the many positive and friendly messages she had received since Perry’s death last week, “of course, some people just can’t be nice.”

Make no mistake, Sophie said, losing her father was “the worst thing to ever happen in my life.”

“YES I am hurt and sad and crying and beside myself with what happened to my dad…And I am torn the —- up over it. But I’m not going to sit in my room and cry day in and day out until the internet has deemed it appropriate for me to do otherwise.”

One of Perry’s Beverly Hills, 90210 co-stars, Jennie Garth, penned a similar message to fans who flooded her post about International Women’s Day with comments about Perry’s death.

Many of the commenters were upset that Garth had not posted an Instagram tribute to Perry, like his co-stars Shannen Doherty, Jason Priestley, and Ian Ziering did.

“Hey everyone,” Garth wrote. “I chose to post a pic of my girls today. Because they are my life. Because today is a day to celebrate all women. It took a lot for me to want to celebrate anything. I thought about it and I know that’s the way my dear friend would have wanted it.”

Garth went on to point out that anyone who knew Perry “knows he didn’t give a —- about social media. So please don’t assume or judge or make rude comments.”

Perry was 52 years old when he died in hospital last week. He had suffered a stroke at home in February and never regained consciousness.

Are you still upset over Perry’s death?

Prince George already prepared to become king of England, the intensive program set up by the queen ...
Noom Review: Over 45 Million Lives Changed Including Me
U.S. Figure Skater Accused Of Slashing Her Rival’s Leg
Prince William and Kate Middleton ready to break a new royal tradition ?
Tinashe obsessed and dangerous for Kendall Jenner and Ben Simmons ? The singer reacts to the crazy r...
Nikke Bella Makes Two Major Announcements In The Same Day
It's A Girl: Gerber Reveals Their Newest "Spokesbaby"
Storm Brings Power Outages, Evacuations, And An "Ice Tsunami"