Drivers are stuck in queues stretching for 20 miles on the M25, facing an eight-hour delay as a lorry driver fights life-threatening injuries after crashing into two cars.

The three-vehicle crash closed the road in both directions and an air ambulance is being deployed to the scene.

The vehicles crashed between junction nine at Leatherhead, Surrey, and junction 10 at the Wisley Interchange.

Drivers are now stuck in 20-mile queues following the collision, which left the road covered in diesel. 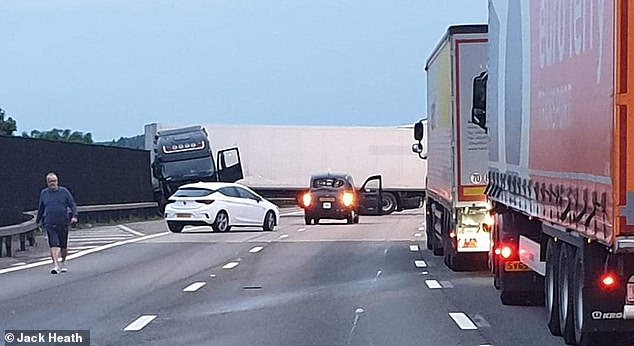 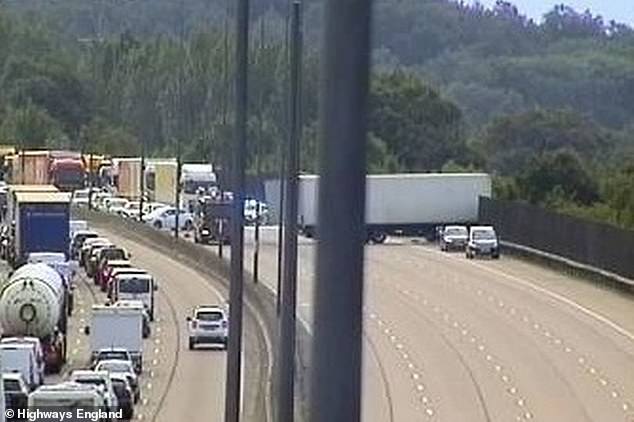 Pictured: The lorry on the M25 today, where there are 20-mile queues after the driver was left with life-threatening injuries 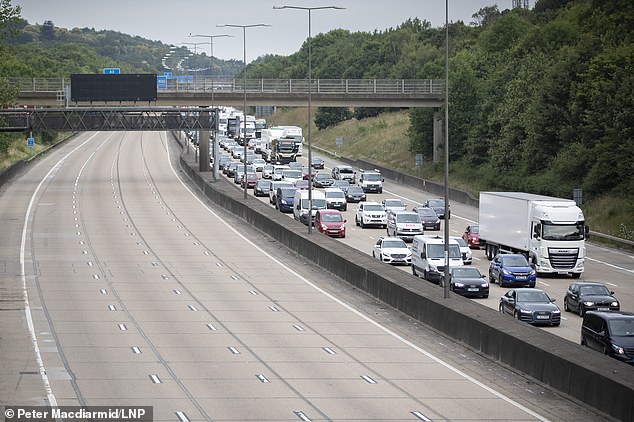 Pictured: Traffic is piling up on the M25 following a crash that left a lorry driver fighting life-threatening injuries 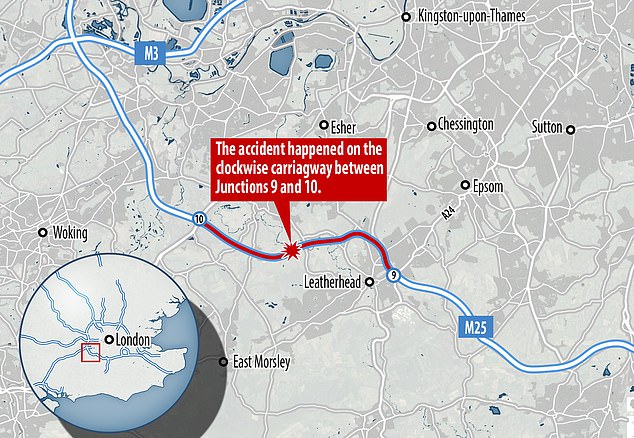 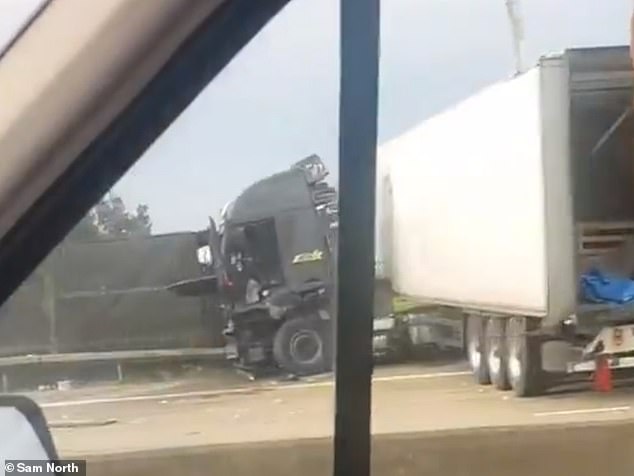 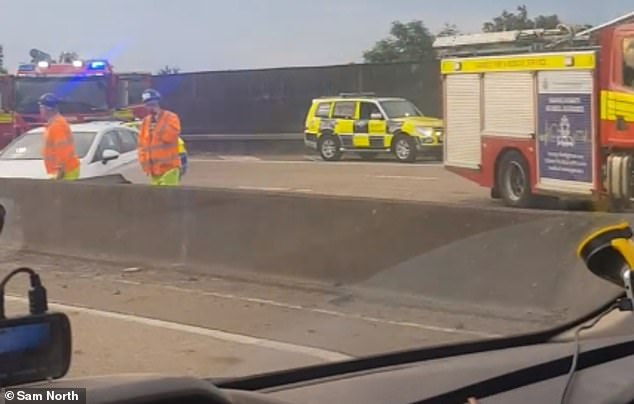 Pictured: Emergency services at the scene this morning on the M25, where a lorry hit two cars

Surrey Police urged drivers to use an alternative route in a statement confirming the collision.

‘The lorry driver has been taken to hospital by air ambulance with life threatening injuries,’ the force said. ‘The occupants of the other vehicles are not injured. 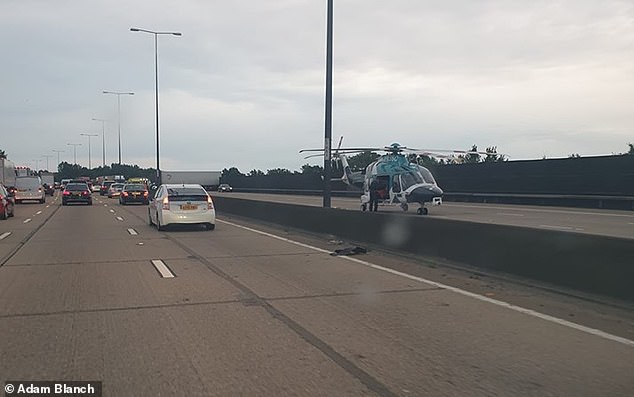 A helicopter lands at the scene on the motorway after a lorry hit two cars near Leatherhead this morning.

‘The M25 is closed between J9 for Leatherhead and J10 for Wisley, and is likely to be closed until mid-afternoon while emergency services are at the scene and a large diesel spill is cleared. Motorists are asked to find an alternative route at this time.’

Drivers have taken to social media to say that they have been trapped in traffic for more than three hours this morning.

Meanwhile Kate Mellor tweeted that her daughter was trapped in the chaos as she struggles to get to the airport.