A son has been charged with the double murder of his elderly parents who were stabbed to death at their home in south-west London.

Akbar Arezo, 64, and Layla Arezo, 74, were found dead inside the property in Whitton on Friday and their 31-year-old son Mustafa was charged today.

A Scotland Yard statement said: ‘A man has been charged with two counts of murder following an incident in Whitton.

‘Mustafa Arezo, 31, of Redfern Avenue, Whitton, was charged on Sunday, July 14 with two counts of murder.

‘He will appear in custody at Wimbledon Magistrates’ Court on Monday, July 16.’

Police were called to Redfern Avenue in Whitton, at around 9.40am on Friday, July 12.

The statement added: ‘Akbar Arezo, 64, and Layla Arezo, 74, were found fatally stabbed inside their address.’ 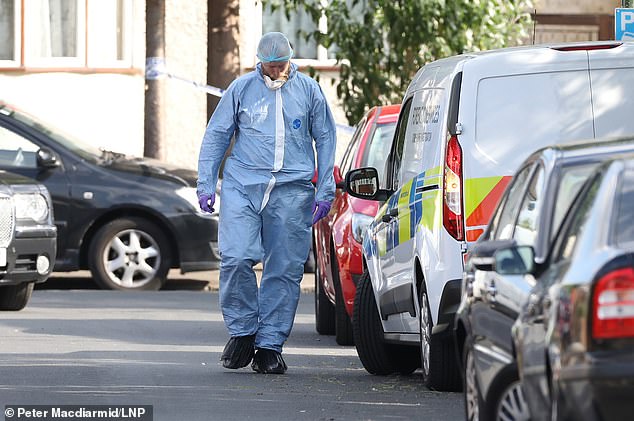 Forensic teams pictured at the scene of the stabbing this morning in Whitton, south west London on Friday 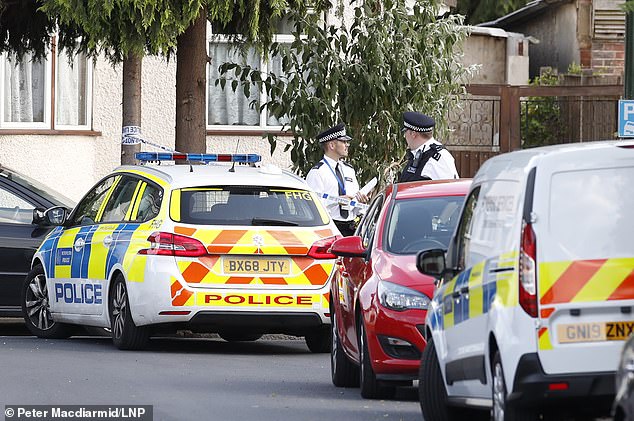 The Met said they were called to the property at 9.41am and a 31-year-old man was arrested in Slough on suspicion of murder at around 3pm

Nurse, 22, fears she was spiked and had her phoned stolen at New Year's Eve party in Birkenhead
Chinese spy charged with trying to steal America's aviation secrets by recruiting GE Aviation staff
Dramatic explosion at an electrical plant turns the night sky bright blue and brings NYC to a halt
The NEW food rules every woman should follow, by Britain’s Super Nutritionists
Dozens are struck down with vomiting and diarrhoea on Manchester Ladyhouse housing estate
Dramatic moment 'berserk' drinker is RUGBY TACKLED during window-smashing rampage
Sabrina Cohen-Hatton homeless at 15 has turned her life around to become a successful firefighter
Dominic Raab looks to be planning a party as he loads up on BEER... just three days after resigning