A man from Mexico City has confessed to murdering, skinning and dismembering his 25-year-old wife, and then discarding her remains, in a crime that has unleashed outrage among authorities and human rights groups in Mexico’s capital.

Protesters took to the streets after leaked graphic photos of Ingrid Escamilla Vargas’ carved-up body, stripped off her skin down to her knees, appeared on the front page of a local tabloid.

Prosecutors will seek the maximum punishment for Escamilla Vargas’ murder, the capital’s mayor said on Tuesday, adding a suspect had been arrested for the crime that took place at an apartment north of the city center over the weekend. 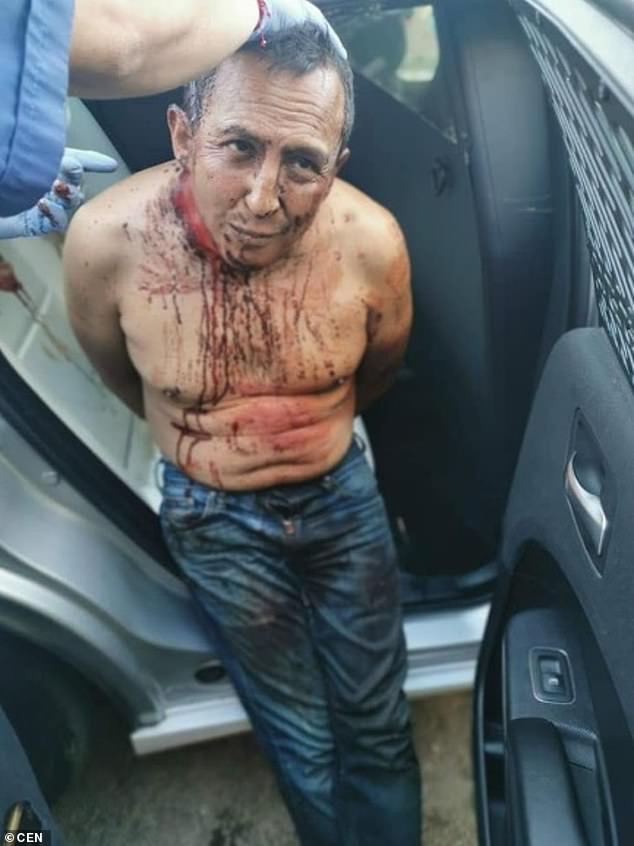 Erik Francisco Robledo, 46, is pictured covered in blood at the time of his arrest on suspicion of murder and mutilation of his wife, Ingrid Escamilla Vargas, 25, in Mexico City 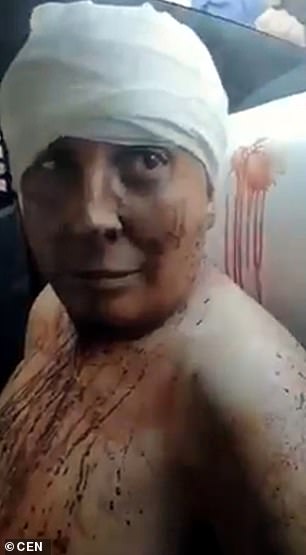 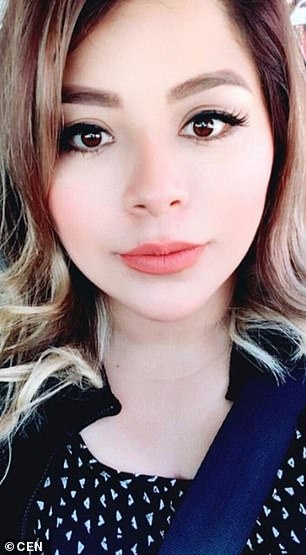 Robledo (left) claimed he and Ingrid were arguing when he challenged her to stab him, which he did. He then allegedly took the knife and plunged it in her throat

The suspect has been identified by multiple media outlets as the victim’s husband, 46-year-old Erik Francisco Robledo.

Photos and video have emerged showing the accused killer bare-chested and drenched in blood reportedly confessing to the murder to the police.

Robledo said he had ingested drugs before he and his wife got into an argument over his drinking.

The suspect reportedly told cops Ingrid said she wanted to kill him, and he challenged her to stab him, which she proceeded to do three times.

He said he than grabbed the white kitchen knife from Escamilla Vargas’ hands and plunged it into her throat, killing her.

According to his confession, the husband then peeled off the victim’s skin from her face down to her knees with the knife, removed her intestines, eyes and other organs, and threw some of the remains down the drain because he said he felt ashamed of committing the crime and wanted to cover it up.

Robledo then allegedly called his ex-wife and admitted to killing Escamilla Vargas.

Officers who responded to the couple’s apartment found Escamilla Vargas’ horrifically mutilated body laying in a room awash with blood.

A photograph of the victim featured on the cover of Pasala, a newspaper that splashes gory stories and photographs on its front pages, often with salacious headlines. 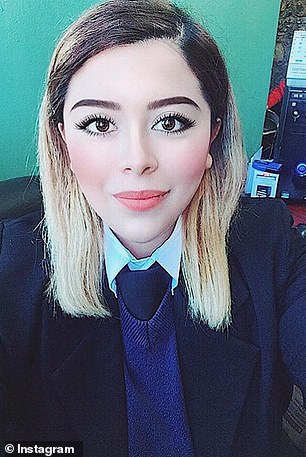 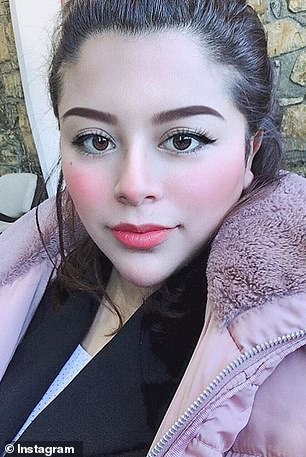 A photograph of Ingrid’s mutilated body was featured on the cover a local tabloid. It was said to have been leaked by officials

The headline accompanying Escamilla’s photograph read: ‘It was cupid’s fault.’ Editors at Pasala did not respond to a request for comment.

The Mexico City prosecutor’s office said on Tuesday it was investigating six civil servants to determine who leaked the images.

Some social media users reacted to the gory photograph by posting pictures of Escamilla showing her smiling and confident, with neatly combed hair and bright lipstick.

‘Out of respect to you and your family, this is the only way I want to remember you,’ one user wrote on Twitter, where #IngridEscamilla and #JusticeForIngrid were trending topics. 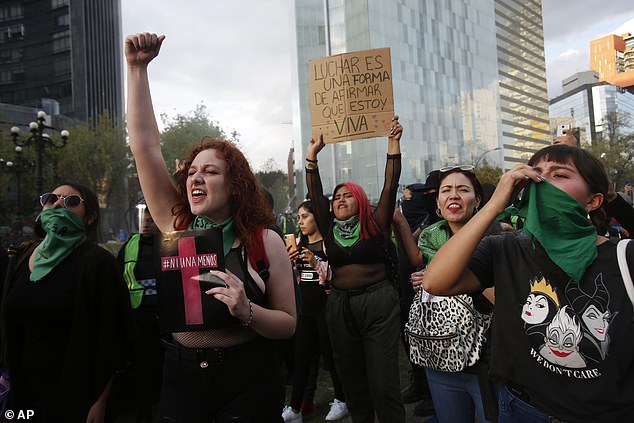 The National Women’s Institute of Mexico condemned the publication of the photograph and the crime.

‘Mexico is facing a tremendous challenge with respect to violence against women,’ the institute said in a statement. ‘We urge the media to work with rigor and professionalism.’

Marches to protest violence against women have intensified in recent months, with demonstrators setting government buildings on fire and daubing monuments with graffiti.

An average of 10 women were killed a day in Mexico in 2018, the year with the highest number of murders of women in three decades, according to official data. For women who suffered violence, more than 40 per cent of them were victims of their partners.

Escamilla Vargas’ murder was a particularly horrific display of brutality in a country accustomed to regular violence.

Milenio Television reported the victim had filed a domestic violence complaint against her husband several months ago but later withdrew it.