A man has been arrested on suspicion of murder after a young woman was found dead near a block of flats.

The woman in her 20s was found injured in the street just before 6pm this evening in Enfield, north London.

Paramedics rushed to the area but she was pronounced dead at the scene, according to the Met Police said.

A man was arrested nearby and taken into custody on suspicion of murder, police said.

Police have cordoned off the area around where the victim was found and the force says the investigation is ongoing. 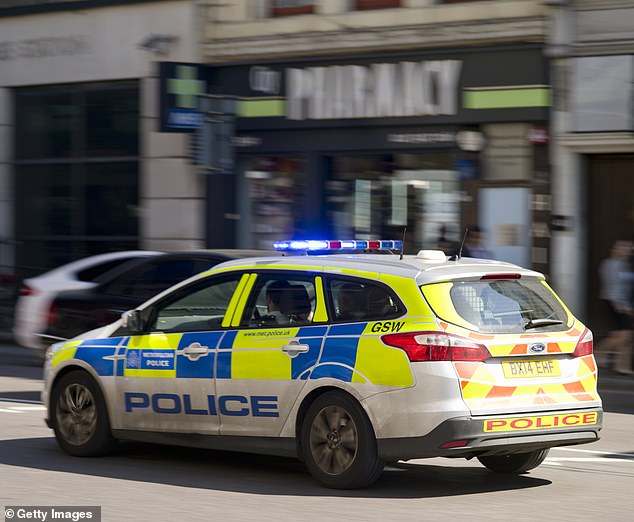 A young women died after being found injured in the street in Enfield, north London. A man has been arrested on suspicion of murder (file photo)

Formal identification of the woman has not yet taken place and police say a post-mortem examination is due to be held.

The victim’s next of kin have been informed about her death, police confirmed.

A Met Police spokesman said the arrested suspect was taken into custody in a police station in north London.

He said: ‘Police were called to Brookbank, Turkey Street, EN1 at 5.49pm on Sunday, April 7 by London Ambulance Service.

‘A woman, aged in her 20s, was found injured in the street and was sadly pronounced deceased at the scene.

‘A man was arrested nearby on suspicion of murder and he has been taken to a north London police station.

‘Next of kin have been informed. A post-mortem examination and formal identification will take place in due course.

‘A police cordon remains in place and officers will be in the area while initial investigations are carried out.

UK shale gas reserves could be up to 80% lower than previously thought
EXCLUSIVE Love Island staff say mood on set is 'horrible' but are told their 'jobs are safe'
Toyota motorist has miracle escape after driving nose-first into huge sinkhole
UK weather: Britain is set for unseasonably hot weekend
Roger Stone is sentenced to three years as judge rebukes Donald Trump who tweeted as she spoke
Commonly-prescribed antidepressant takes up to 12 weeks to ease low mood
The letter that can help you beat the annuity bandits
'Happy' girl scout, 17, found 'knifed in front of boyfriend' in east London - 18th murder of 2019