A man has been killed after being struck by a police car on Christmas Day.

The incident happened near the Wallasey Tunnel in Livepool heading away from the city centre.

The victim, who has not yet been named was struck by the police car around 6.50pm. 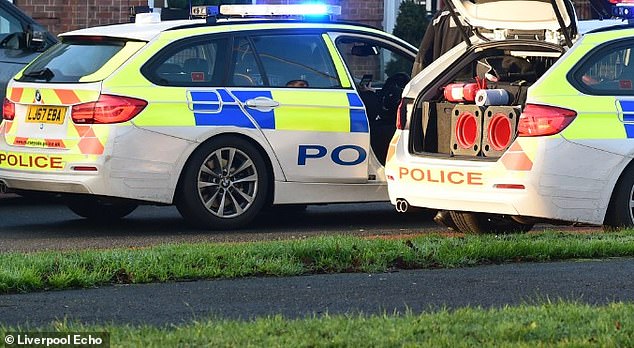 A man has been killed after being struck by a police car in Liverpool, file photograph

The Independent Office for Police conduct has launched an investigation into the circumstances of the man’s death.

A witness told The Mirror: ‘I was driving back towards the tunnels and was near McDonald’s when I saw a police car hit a pedestrian who was crossing the road.

‘I stopped my car and ran over to see if they were ok.

‘Two police officers were trying to help the man. I offered them a bottle of water in case they needed it but I didn’t want to get in their way.’

Merseyside Police confirmed they have referred the incident to the IOPC.

The victim was pronounced dead after being rushed to hospital.