A man has been stabbed multiple times in Trafalgar Square in London, which has been closed off as police hunt for his attacker.

Emergency Services were called at 9.11pm on Wednesday evening following reports of a knife attack.

At least five squad cars and two police vans attended, as well as the London Ambulance Service – and large sections of the square was taped off.

The victim, who has not been identified, was found suffering from stab injuries, the Met said.

MailOnline understands the man suffered multiple stab wounds but his condition is not believed to be life-threatening.

He was taken to hospital by road by members of the London Air Ambulance service.

Trafalgar Square is one of London’s busiest tourist hot spots, and is the site of the National Portrait Gallery and St Martin-in-the-Fields church.

Alexander Zakharenko tweeted some footage of the scene with the words: ‘What’s going on on Trafalgar Square…’

The clip shows the square thronged with police cars and officers moving bystanders back.

Another onlooker posted: ‘Something’s going down in Trafalgar Square … 8 police and ambulance. All roped off. Hope no-one badly hurt.’

The Met said: ‘A crime scene and road closures are in place. Motorists advised to avoid the area.

‘No arrests at this early stage; inquiries continue.’ 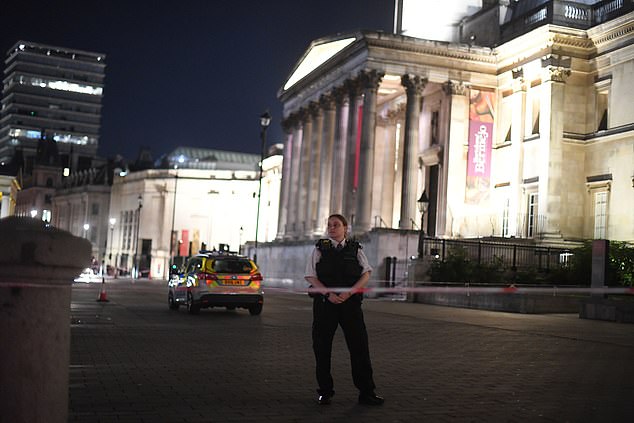 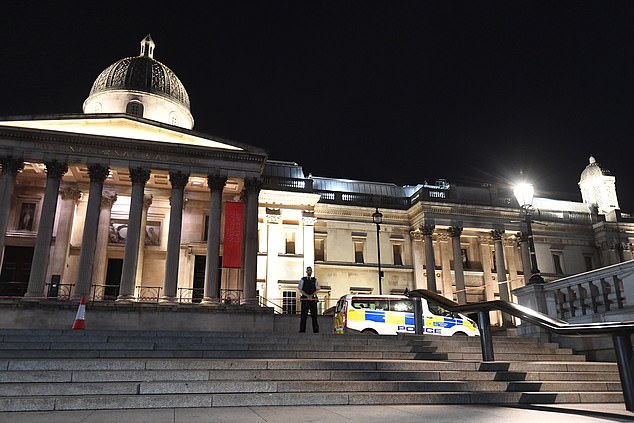 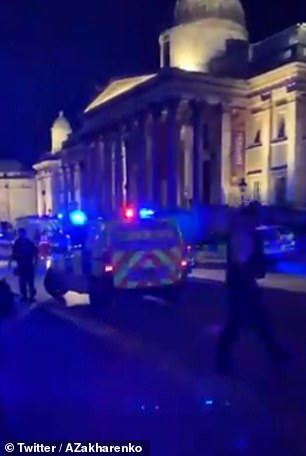 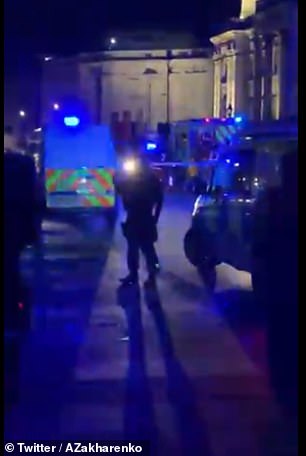 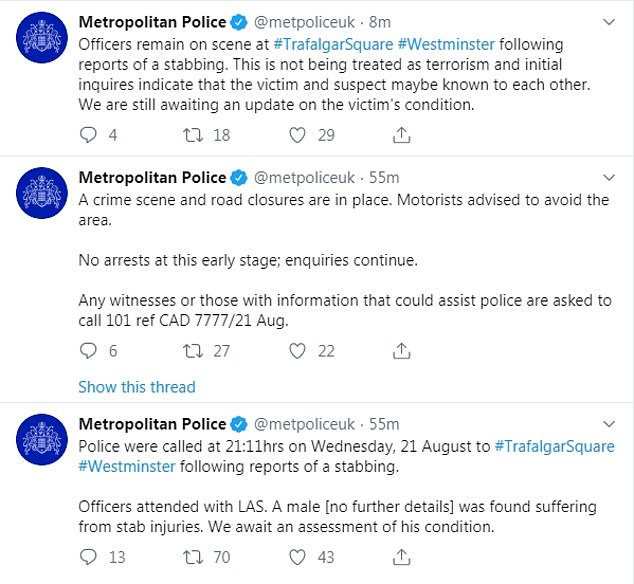 There have been 88 killings in London already this year.

Online the police said: ‘Officers remain on scene at #TrafalgarSquare #Westminster following reports of a stabbing.

‘This is not being treated as terrorism and initial inquires indicate that the victim and suspect maybe known to each other.

‘We are still awaiting an update on the victim’s condition.’