A man died after being attacked at a London Tube station in the early hours of this morning.

The victim was assaulted during an altercation at about 12.30am at Queensbury Underground station.

He suffered a serious head injury and died a short time later in hospital. 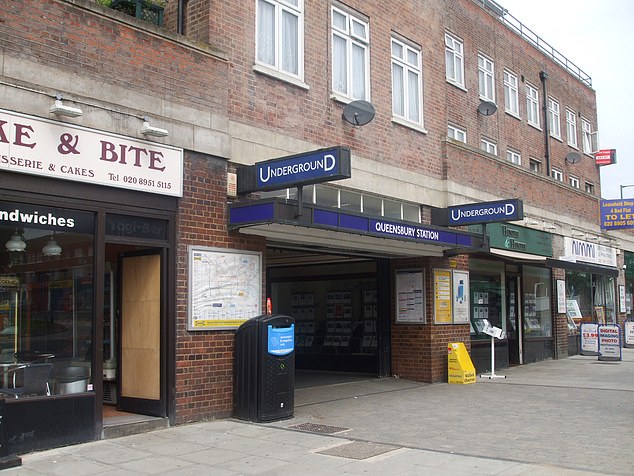 The station was cordoned off by British Transport Police and remained closed for five hours, reopening at 5.50am.

The victim’s family have been informed and detectives are appealing for witnesses after an altercation led to the death.

Last year in May a man was shot dead at the same station.

A Metropolitan Police statement said: ‘His family have been informed and are currently being supported by specially trained officers. 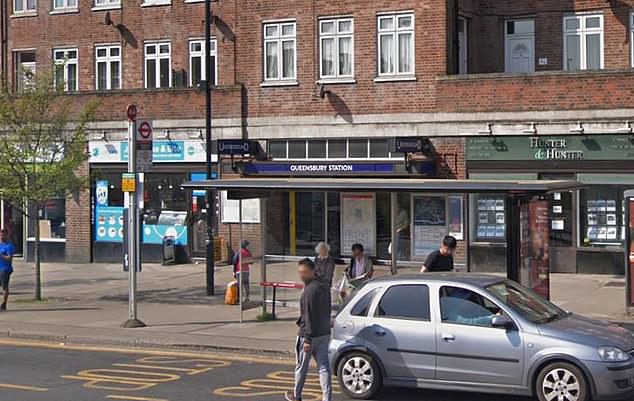 The station was cordoned off by British Transport Police and remained closed for five hours, reopening at 5.50am

‘Enquiries are ongoing, and there have been no arrests at this stage.’

DI Darren Gough added: ‘We are at the early stages of our investigation and I would urge anyone who witnessed what happened or the events leading up to it to contact us as soon as possible.

‘They could hold vital information about the tragic events of this morning.’

An ambulance rushed to the scene to treat the victim – arriving 10 minutes after the assault.

A London Ambulance Service spokesperson said: ‘We were called at 00.39hrs today to Queensbury Underground Station.

‘We sent an ambulance crew, single responder in a car and an incident response officer to the scene.

‘We also dispatched London’s Air Ambulance by car. We treated a man and took him to hospital as a priority.’

Grenfell campaigner who grabbed fire chief by the throat jailed
Boris Johnson's crucial date with Jean-Claude Juncker: Pair plan first face-to-face talks
POLL-Euro weakness to be limited; dollar to be...
'We must BLOCK a No Deal... even if it means a second referendum': John McDonnell says
Middle class children are being tricked into filming themselves naked by online paedophiles
Corbyn wades into row over WikiLeaks man's arrest saying UK should 'oppose' Assange's US extradition
Kanye West may have to tear down his 'domes for the homeless' after neighbor complaints
Guy Ritchie given planning permission for guest accommodation at Ashcombe shooting estate Wiltshire