IT MAY seem like a comedy down at Old Trafford right now but Ole Soslkjaer apparently has a cunning plan.

That line always raised a laugh when Baldrick said it in Blackadder.

Indeed the historical comedy made for hilarious viewing.

While for Manchester United fans the goings are far from amusing, rival supporters are rolling in the aisles as the previously dominant force in English football lurches from one crisis to another.

Few are enjoying it more than followers of table-toppers Liverpool, whose visit tomorrow has already got many United fans wincing and it hasn’t even kicked off.

Still Solskjaer insists a plan exists to bring them back to the top of the game, even if they will have to take short term hits for long term gain.

Those hits include losing the goals and experience of Romelu Lukaku to give youth a chance.

To allow Alexis Sanchez to leave, however poor his time at Old Trafford had been, when there was no one in reserve.

Solskjkaer wanted to create the right culture behind the scenes with everyone pulling together and felt they did not fit in.

He wants to mould a team in the image of those Sir Alex Ferguson created, young and hungry for success, not just cash.

The problem with the plan is that many may think it has been thought up by Baldrick himself if it lands United in the bottom three after this weekend’s round of matches.

Yes, that could happen.

Still Solskjaer, who will have the Spurs supporting King of Norway as his special guest tomorrow, is safe in the knowledge that Executive Vice Chairman Ed Woodward backs him and the plan.

Solskjaer said: “I speak to Ed regularly and, as we’ve spoken about so many times, we do have a plan.

“We know that we have made some decisions that maybe in the short-term would harm us but we know in the long term will benefit us and that’s part of the plan.

“Results are always the main thing and we can move forward quicker if we get results and performances. But I’m sure that we will get there.

It is currently going backwards of course on a run of just five wins from their last 23 games. 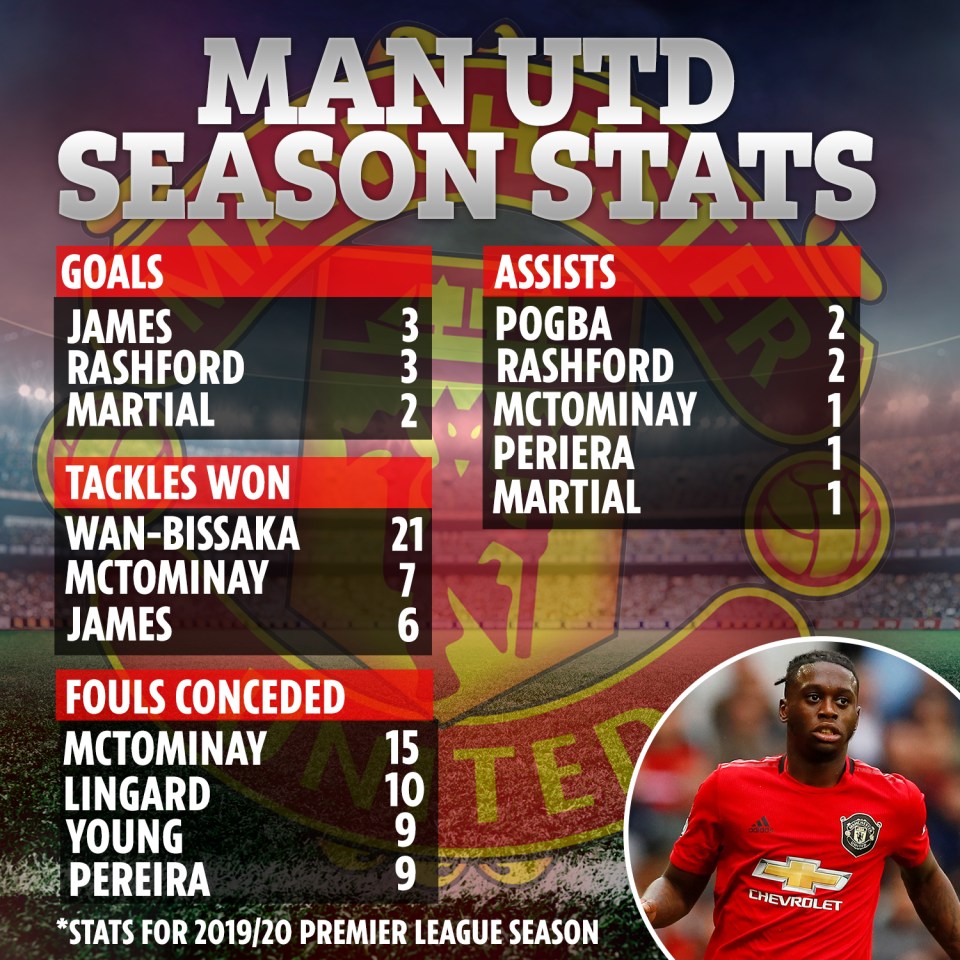 They have only scored more than once in three of those games.

This is their worst start to a season in 30 years.

Incredibly, however, Solskjaer actually has a better record from his first 29 games in charge than tomorrow’s opposite number Jurgen Klopp did from his.

Klopp had a plan too that was going to take time and his has taken Liverpool to Champions League glory and favourites to lift this seasons’ title.

Behind the scenes Ole insists there is evidence his is working, with undoubtedly the same goals in mind.

He said: “The mood here is always good, we’ve come a long way on what you call the culture, the environment we’re working in and it’s a positive one, it’s working towards something.”

Plan or no plan people are understandably questioning whether Ole should really have been at the wheel in the first place.

While he is a club legend on the pitch, did two stints at Molde and taking Cardiff City down warrant his place in the dug out at Old Trafford.

He will tell you that managing Manchester United is different to any other club and Solskjaer’s knowledge of it’s history and inner workings make him ideal.

The man himself thinks so too.

Solskjaer said: “I’ve never felt it’s too big for me and I’m confident in what we’re trying to do and with my staff.”

A win against Liverpool tomorrow would certainly go a long way to lifting the gloom around Old Trafford and give evidence they are on the right track.

Solskjaer is hoping the magnitude of the fixture between two of football’s greatest rivals will lift his under achieving side to another level.

“The staff and players know when it’s Liverpool coming up it’s a game that’s going to be watched by so many and when you sign for Manchester United this is the first one you look forward to, against one of the main rivals. 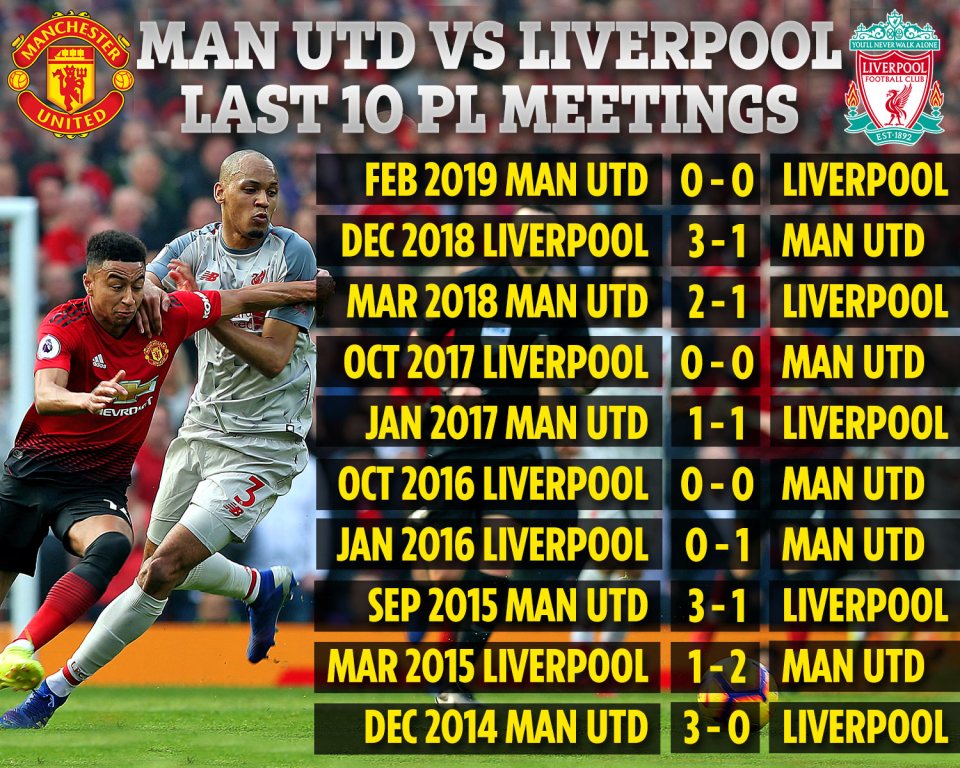 “It’s always been a big fixture and it’s a chance for them to – as I did a couple of times – get in the history books because if you can score a winner against Liverpool that’s always going to be there with them.”

Solskjaer has also called on his players to take a risk against Liverpool.

He fears that a dip in confidence due to the poor run of results has left his team playing it safe.

But Solskjaer said: “We haven’t been adventurous enough, taking enough risks. If you watch the best teams they take more risks with the ball, they make more runs in behind and that’s part of the process for the boys.

“When they’re losing confidence maybe they want to play it a bit more safe but it’s not safety that does it here – at this club you do take risks.”

Solskjaer has intimated that both David De Gea with a groin injury and Paul Pogba with his continual ankle problem will miss tomorrow’s game.

Or maybe not. Is that part of the cunning plan too?

A plan “As cunning as a fox who’s just been appointed Professor of Cunning at Oxford University?”, as Blackadder once said.

Why was there no Glastonbury in 2018, will the festival return in 2019 and will it stay at Worthy Fa...
Daily horoscope for Wednesday October 9 — here’s what the stars have in store for you today
Pregnant women and babies among 16 ‘slaughtered and chopped into unrecognisable parts’ in tribe atta...
N’Golo Kante gives Chelsea another injury scare as Lampard reveals midfielder picked up new issue in...
Man Utd will play in Juventus-style BLACK and WHITE stripes next season – the first time since 1979
How Brexit might affect your European holiday – everything you need to know
Georgia Kousoulou in tears after cruel trolls mocked her for ‘ruining’ her face with nose job
Fox And Friends presenter Jedediah Bila becomes latest TV host to contract coronavirus