Staff at Manchester airport were offered a sweet treat today in the heat, as an ice cream van made an unlikely appearance on the runway – while chaos unfurled in the terminal.

In a picture tweeted by Philip Connell a small group of staff can be seen enjoying a well earned break.

Orderly lining up at the van to get an ice cream the team seem in good spirits, with the ice creams appearing to have been paid for in advance. 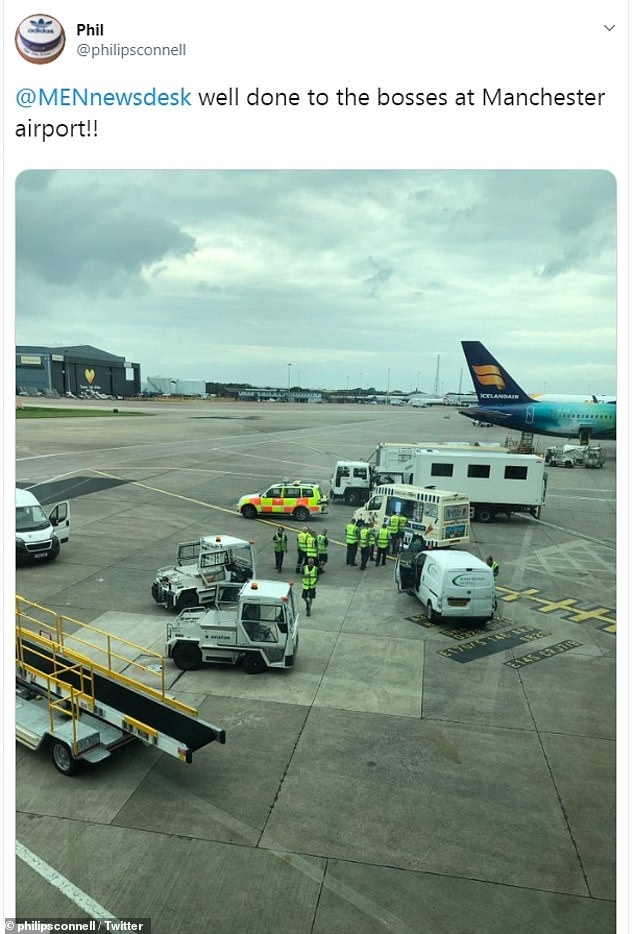 A passenger who snapped a zoomed in photo of the staff enjoying themselves from the terminal tweeted the picture with the caption: ‘Well done to the bosses at Manchester airport!!’

Meanwhile delays at the airport saw the terminals fill with queues of frustrated passengers.

It comes the day after Manchester, like much of the rest of the country, experienced unusually hot weather in a summer heatwave.

Temperatures in Manchester reached highs of 95F on Thursday, with temperatures dropping to around 50F today.

Tony Kenny tweeted his confusion while waiting at the airport writing: ‘Confusion reigns at Manchester Airport. In a queue of around 350 people in which nobody has been served for over an hour for a flight that could or could not be cancelled. CX216. Some communication and organisation would be welcomed.’ 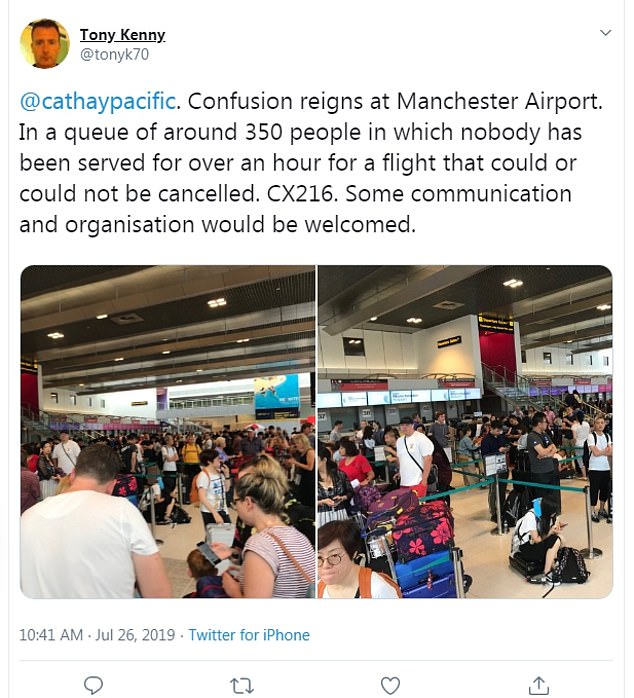 In January of this year, a Manchester Airport worker faced criticism after he was pictured rolling a snow ball on the run way, appearing to be making a snowman – while delays left passengers stranded.

The moment was caught on camera by a passenger in the terminal, who tweeted: ‘Everyone is working really hard to clear the runway. Except this person.’

Flights were delayed and cancelled  in January after heavy snow fell over the Greater Manchester area, which also resulted in more than 210 schools being closed. 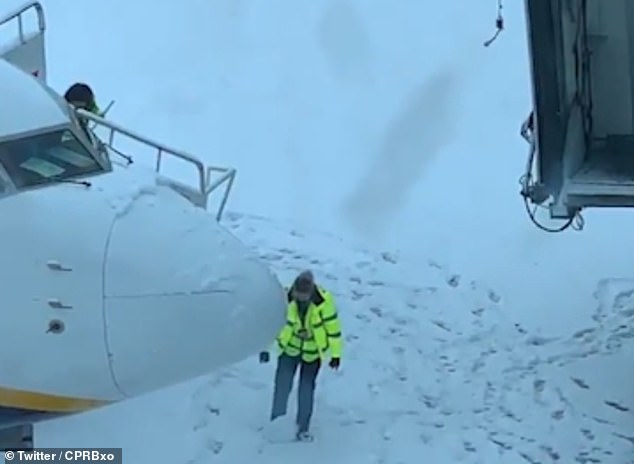 British man, 59, missing for three months 'found dead' after his car was found in Spanish reservoir
Prince William and Kate Middleton leave Lahore
Buckingham Palace shows Queen looking sterner than other Christmas speeches since 2010
Some animals eat a few of their young for the 'greater good' of the litter
Judge blasts 'utterly self-centred' rich kid of Instagram heiress
Woman pumps gas into a plastic bag and then puts it in the trunk of her car
Warning over resurging `old demons´ as leaders remember...
DAN HODGES: Will Jeremy Corbyn's Brexit betrayal kill off the Beast of Bolsover after 49 years?