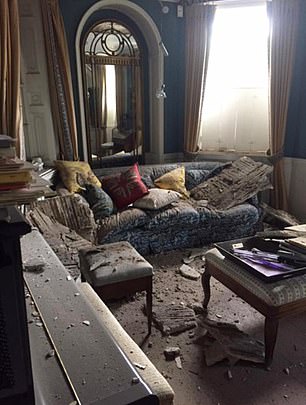 Neighbour, City financier Caspar Berendsen, added a gym, two bedrooms and a playroom to Grove Lodge, Hampstead, London, causing the ceiling of Admiral’s House to collapse. John and Pascal Gardiner – who own Admiral’s House, had opposed plans and expect repairs to cost £100,000

The owners of an 18th Century mansion immortalised in Mary Poppins have blamed council planners for the collapse of their ceiling after a neighbour was allowed to build a huge basement extension.

John and Pascal Gardiner – who own Admiral’s House, the fictional residence of author P. L. Travers’s eccentric character Admiral Boom – had opposed plans by City financier Caspar Berendsen to add a gym, two bedrooms and a playroom to his Grove Lodge home.

But despite the support of other residents in Hampstead, North London – including actor Tom Conti, who said it was ‘inhumane to inflict this dreadful noise and everything else connected to such excavation on people living nearby’ – Camden Council approved the scheme.

Now the Gardiners claim work on Grove Lodge, a Grade II listed property where John Galsworthy wrote The Forsyte Saga, caused their ceiling to cave in last month. The Gardiners say they woke to discover rubble and plaster littering their lounge. Mr Gardiner, 73, a tax barrister who was recovering from an operation, estimates that repairs will cost £100,000.

The towering house, which has a shipdeck-themed roof, inspired the Mary Poppins author to include in her books a retired naval officer called Admiral Boom who fires a cannon from the house that was recreated by Disney for the 1964 film. 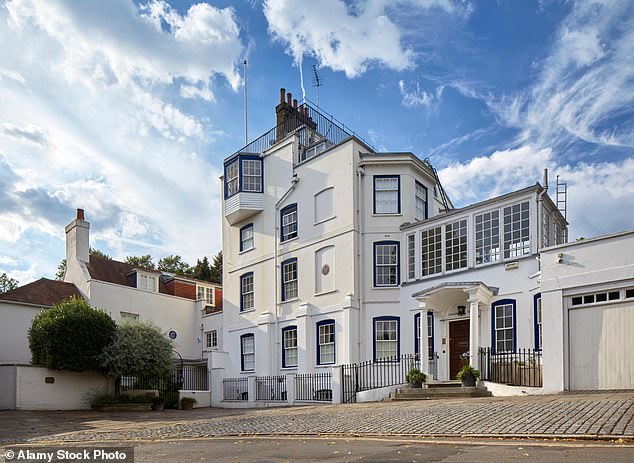 Admiral’s House, Hampstead, North London. The towering house, which has a shipdeck-themed roof, inspired the Mary Poppins author, P.L. Traver’s, to include in her books a retired naval officer called Admiral Boom 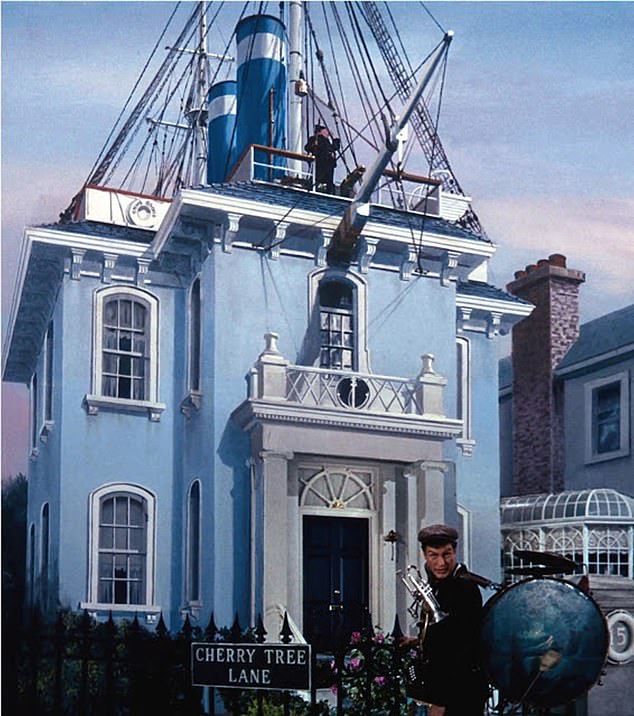 Cracks began to appear around the house as soon as construction of the basement started, said Mr Gardiner. He also claimed that the type of sand surrounding the building was unsuitable for such a large basement. He added: ‘Camden Council had a new surveyor giving them advice who said, “They’re building basements all over London.” But the geology here is completely different to the rest of London. We’re sitting on Bagshot sands that sit on London clay – the rest of London is London clay.’

Galsworthy lived at Grove House from 1918 until his death in 1933. It features in three paintings by 19th Century artist John Constable of the Hampstead Heath area, including a view of Admiral’s House.

A spokesman for Camden Council said it would launch an ‘enforcement investigation’ to examine the quality of the construction work.

Mr Berendsen said surveyors representing both parties are meeting ‘to establish the facts and apportion responsibility’, adding: ‘We are very sorry about the Gardiners’ ceiling. Of course we will take our responsibility but due process needs to be followed.’